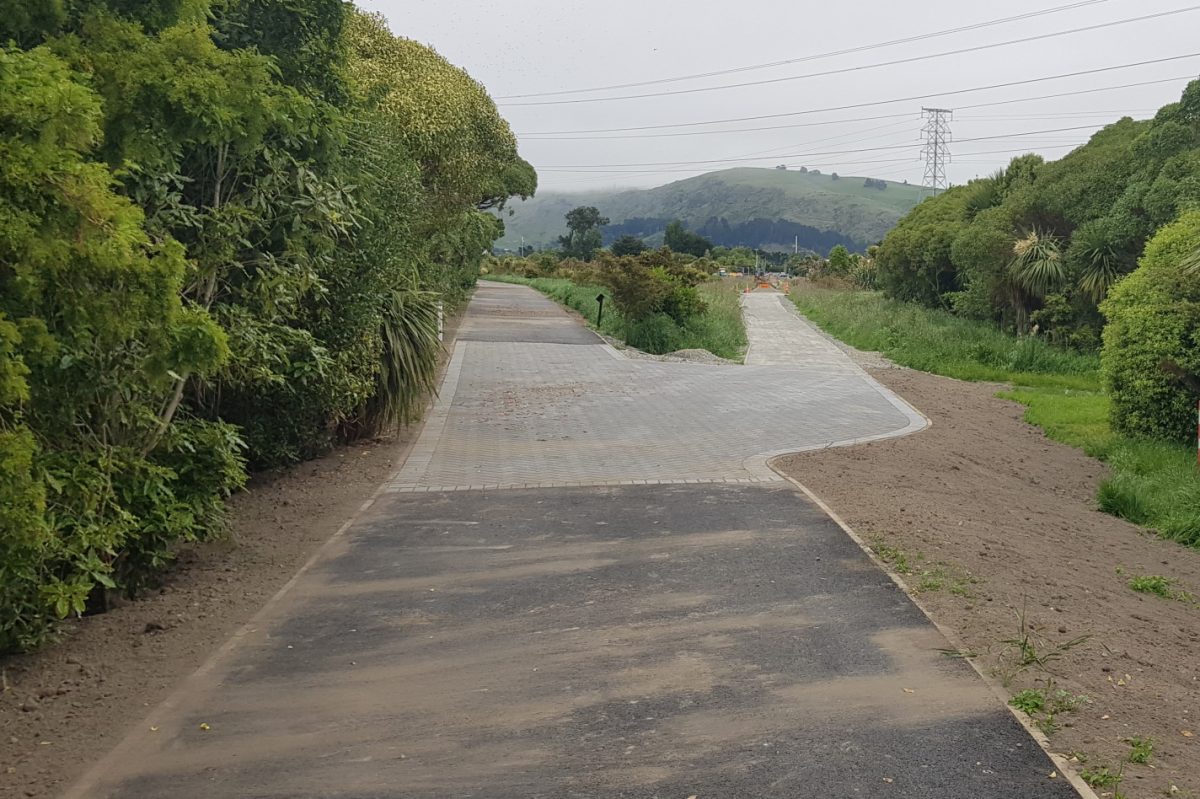 Hands up who remembers those heady days of 2013 and 2014 when the cycleway network proposal for Christchurch was first suggested.  The $69 million spend; the completion within 5 years. How things have changed over those last 8 years. $69 million is going to be closer to $300 million and the 5 year completion date more likely to be 18 years.

Cr Aaron Keown’s propensity for kite-flying defies all limits, but the free-ranging councillor might have finally stumbled on a nugget of common sense. Keown is right. The $69 million package of 13 city-wide cycleways is a stirring proposition that should be actioned.  Enough of the lip-service and the lofty 30-year strategic plans. Enough of the faffing about.  City Hall could pave our roads in reports, given their compulsive obsession with producing weighty, worthy dust-gathering tomes, that deliver bugger all.  Let’s just do it. Spread over three years, which is as long-term as we are allowed to think in Christchurch, the annual funding provision of $23 million, wouldn‘t necessarily require a rates increase. It’s a question of priorities. This portfolio of signature cycle routes would immeasurably enhance our credentials as a cycling city. Separating bikes from the general traffic flow benefits all road users. Similarly, a network of separated commuter cycle routes is needed. The CCC and SCIRT must step up their efforts to identify gift-horse opportunities to incorporate separated cycleways into the road reconstruction programme. SCIRT’s Angus Bargh cites the shared-use footpath on Fitzgerald Ave as a recent achievement. May it be the first of many.

How was the ambitious programme going to be funded ?   We’ve been lucky that the Government not only contributed a kickstart steroidal boost to the funding with the Waka Kotahi managed Urban Cycleway Fund  but then along came the Covid ‘Shovel Ready ‘ Project fund. This has meant that the cost to Christchurch Ratepayers has increased from the original $69 million to not too much over $100 million for a $300 million network of superior quality and spread considerably greater than the original expectation. Hard to understand why some City Councillors want to halt the programme at such an advanced stage. A complete network is exponentially better than only half a network. “Do it once, do it properly” is certainly going to pay off in the long run. 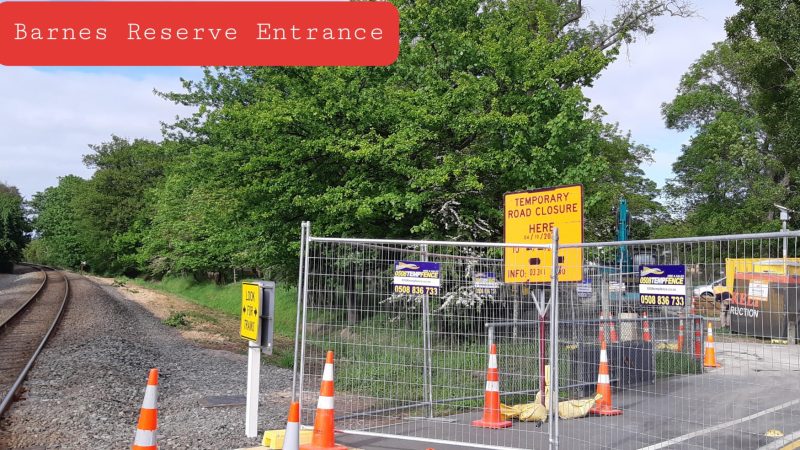 What Christchurch is getting however for the extra time and money is ever so slowly transforming the city in a way no one except the everyday cycling fanatics would have predicted back in 2013. “Share an Idea” requested that we rebuild a city that was cleaner, quieter, and greener with less cars plus easier and safer to walk and bike around.

15 years seems like a long time, but when progress is steady and incremental toward a superb, yet realistic end goal, every day of the wait is a 24-hour journey worth taking.

Let’s check last month and see what good news for those who walk and ride a bike around the city has been reported:

Let’s also not forget that almost a year ago the mighty Christchurch Northern Corridor Shared Path  was opened. A popular path to ride if ever there was one. 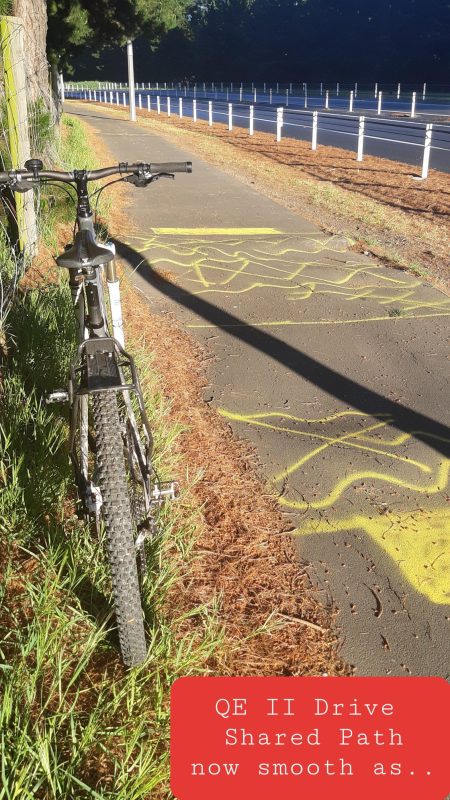 There have been the all important little improvements happening too. Following some social media activity, the highlighted gnarly bumps on the QE II Drive Shared Path were smoothed over as if by magic only a couple of weeks after this photo was taken. Well worth the 20 year wait.

One  proposed cycleway that seems to have dropped off the radar a little is the Northern Line Cycleway Puari ki Pū-harakeke-nui.  Five years from consultation and there is little obvious activity in the places that matter. One less crucial section has been completed and another is soon to be completed as shown. Off the publicity radar, yes but certainly not forgotten about. 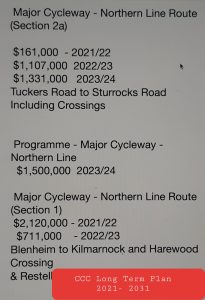 Railway Crossing improvements and connecting Sturrocks Road to Tuckers Road are but two areas needing urgent attention. It is encouraging to see the dollars  allocated in the Long Term Plan for this very important cycleway to enable progress in the coming 12 to 24 months.

The reasons behind the delay are complex. Any comment by me would be little more than unfounded speculation with a smattering of hearsay thrown in. A formal request for comment from official channels may reveal some encouraging information. Is anybody out there who would be able to oblige? A few words in the comments section would be welcome.

Have you tried out some of the new cycleway developments lately?

5 thoughts on “Keeping on (the cycle) Track”