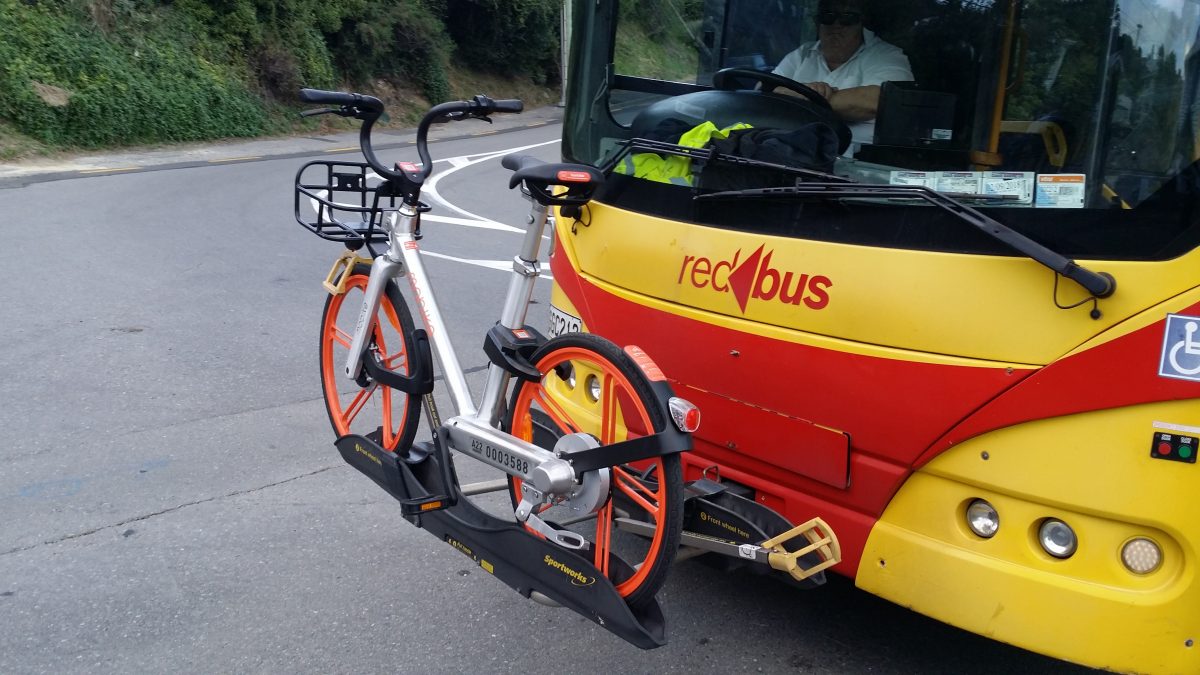 Bike racks on buses have been a feature of Christchurch for over a decade, with them being standard on all city buses for almost five years. It’s a great way to provide true integrated transport (especially as a viable competitor to driving) allowing door-to-door access, even over longer distances.

Environment Canterbury used to provide regular statistics regarding the usage of the service as part of regional transport reporting, but that quietly disappeared a while ago. I chased up the latest stats and recently got a useful set of data from 2018; here are the monthly counts:

It’s notable that the average monthly figures back in 2014 were about 4000; last year those average usage numbers were 6000 a month – or about 200 uses a day. So, while it’s still only a tiny proportion of all bus journeys, it’s good to see the growth in this valuable service.

Also interesting to see in the latest data was which routes had the most usage. Not surprisingly, the numbers are somewhat related to overall service use, with the Orbiter and Yellow Line leading the way with about 1/6 of the usage each (~1000 uses/month).  The Blue Line gets about 600 uses/month and not far behind is the #28 service – which isn’t unexpected as that’s the main route through Lyttelton Tunnel. Just behind the Purple Line, the #80 route to Lincoln University is also in the top six; clearly another popular combined bike/bus route.

Still not sure how to put your bike on a bus? Remember that you can have a go at practising using the trial rack inside the central bus interchange – that should hopefully save any blushes when you have to do it “live”. MetroInfo also has some useful guidance on their website (e.g. can you take an e-bike? Yes, but take the battery off first).

If you cycle regularly, then you may not need to use bike racks on buses too often (I’ve only used them once this year). But it’s great to have the option of mixing up your travel modes when needed.

Have you used the bike racks on buses lately?