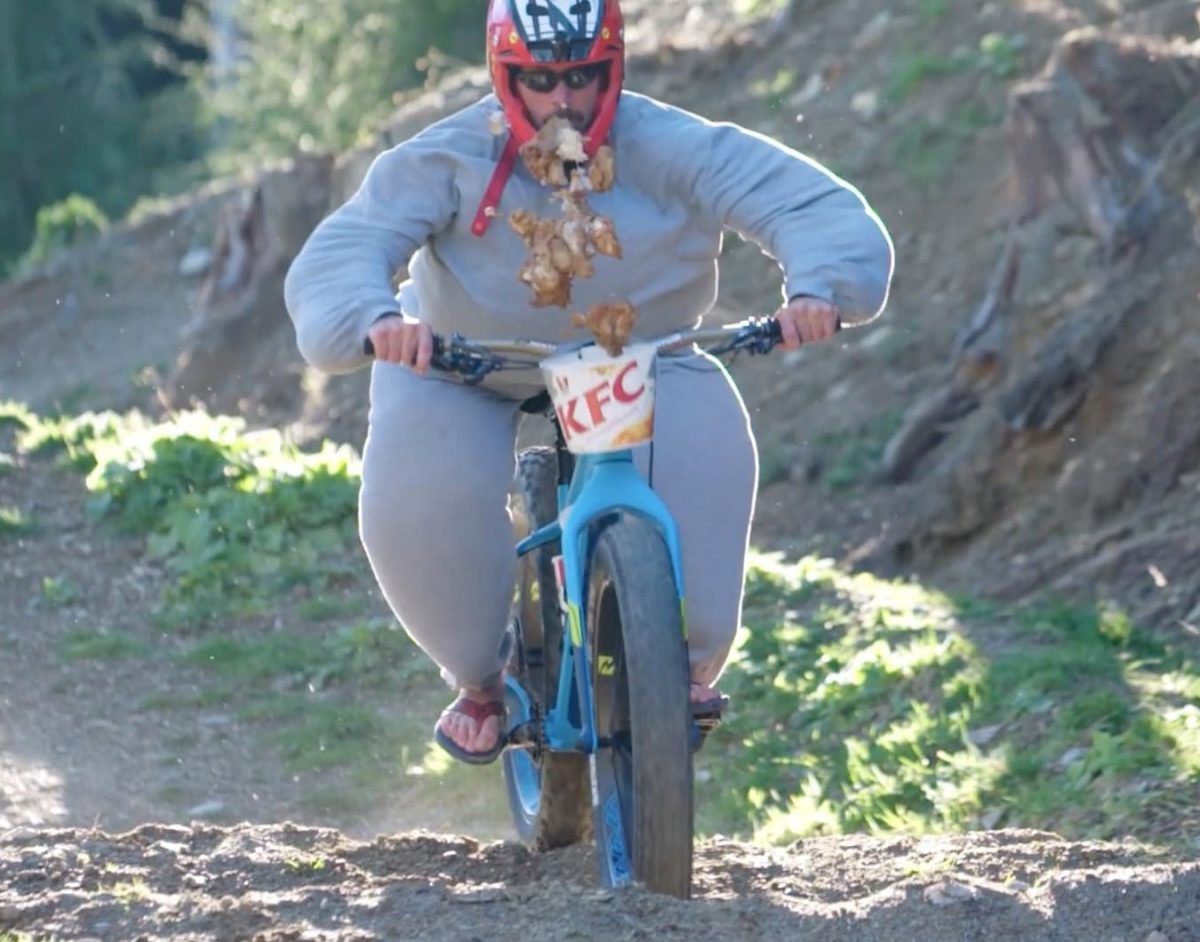 Last night, Christchurch played host to the 2019 Big Bike Film Night. Another fairly full Charles Luney Auditorium audience watched a diverse collection of eleven short films about all manner of biking. More on them in a moment…

If you thought “darn! I missed out on that!”, never fear, as there is a special Christchurch BBFN encore screening on Sunday afternoon (3pm) – get your tickets now ($12.50-$23) or at the door if you’re lucky. As an added bonus there is also a separate screening of the acclaimed Dutch documentary “Why We Cycle” on Sun at 5.45pm – free but you do need to reserve a ticket.

So what is on display at this year’s BBFN? I must admit that last year I was a little bit disappointed with the selection of films, at least compared with the 2017 offerings. Sure, there was still some tall-bike hilarity from the Zenga Bros, but overall the 2018 selection just felt a bit too much earnest and not enough whimsy.

I don’t envy the job that Brett Cotter and his team have to cater to everyone’s preferences. A big challenge with cycling film collections is the wide range of things that can fall into this category. As an analogy, if we were talking about a “Big Walk Film Night” there might be films about a promising Olympic walk racer, tramping in some faraway land, a custom shoe maker, teaching kids how to cross the road, and a social orienteering event – you get the drift.

Fortunately the 2019 collection returns to delivering a much more well-rounded suite of bike short films (the shortest is 2 minutes, the longest: 19 minutes), and definitely a return to having more fun along the way. This comes through in many ways, not least in the short introduction of “Stu, the DIY bike guy” from Auckland who thought it would be nice to build a home-made e-bike for his partner. Kiwi humour is also to the fore with the return of the hilarious Eddie Masters, further extolling the virtues of the “fat bike”. And the night was finished off well by the very funny Colorado-based 82-year-old Frenchman Jacques Houot, aka “The Frenchy”, whose biking (and other exploits) put people half his age to shame.

There are also a lot of laughs (unintended or otherwise) along the way in “Lowest to Highest”, which recounts the bittersweet exploits of five guys with varying impairments trying to bike from Australia’s lowest point (Lake Eyre) to its highest (Mt Kosciusko). A real highlight of the night was the on-stage interview with two of the team, Paul Pritchard and Duncan Meerding, who had the audience inspired and in stitches at the same time (unfortunately not appearing at Sunday’s session).

There’s time also in the 2019 BBFN collection for some serious moments too and more outstanding cycle riding cinematography, be it in the snow, the desert, or the hills (flying drone cameras really are a godsend these days). We meet the Singapore man who was arrested for organising a fixie-bike race and the Taupo woman who is teaching local kids how to bike. The delightful story of Ghanaian-born “Mama Agatha”, who teaches migrant women to bike in the Netherlands, also gets a well-deserved return screening.

{BTW, it must be about time that someone did a film about some of the awesome bike initiatives happening around Christchurch – the city has been pretty much ignored to date by TVNZ’s “People on Bikes” show I note too…}

Whatever your tastes, there’s bound to be at least a few items in the BBFN that you will enjoy during the couple of hours or so (if not all of them). So, if you haven’t already, have a think about getting along on Sunday for this year’s selection (or keep an eye out for the 2020 screenings).

Did you see the Big Bike Film Night? What did you think?