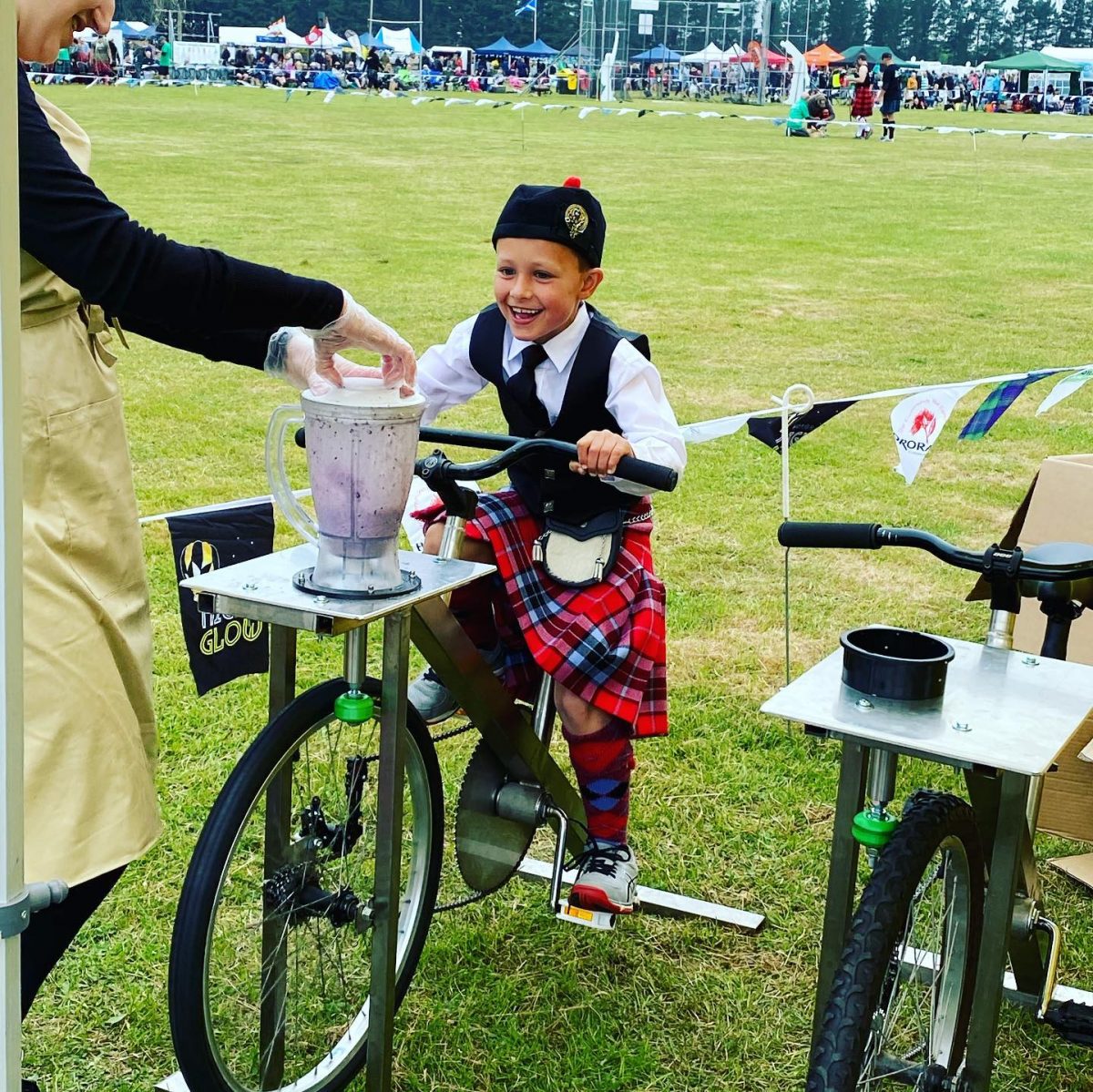 During lockdown I had some time spare in the evenings so got to work making some new bike blenders, where you pedal a stationary bike to make a delicious fruit smoothie. There are three of my older bike blenders made from old bike frames, that have been available for several years and have been loaned out to businesses and community groups via Meg Christie at Community and Public Health. They are very popular and are now showing a need for some maintenance, so having some extras in the fleet is much needed.

The new ones, made from stainless steel,  got their maiden outing at the Hororata Highland Games last weekend and proved very popular, creating over 600 servings of oat-fruit smoothies. Crowd-shot productions was assisting Harraways do a promotion on oats and it proved to be a great crowd pleaser. 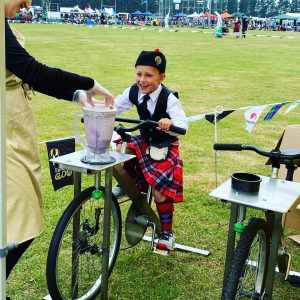 I was wondering if 600 smoothie servings was a world record for the biggest number of smoothies ever made by bike blender in one session, thinking the category would be so obscure we surely must be the first to do something of this scale. A little research showed we are well behind the cutting edge of bike blending volumes. In 2017 Cabot Creamery in Florida had a team of 100 people going hard out for seven hours and produced a 1000 gallon (3785 litre) giant strawberry flavoured smoothie. At 250mls per serving that’s over 15000 servings. I’m not sure how it would taste after sitting for seven hours, but still an impressive effort.

Maybe we will claim the New Zealand record instead, though I see the Cycle Blend company in Auckland are also doing bike blended smoothies, so it’s a more competitive field than I initially thought. You can make your own bike blender but it does take quite a lot of work.