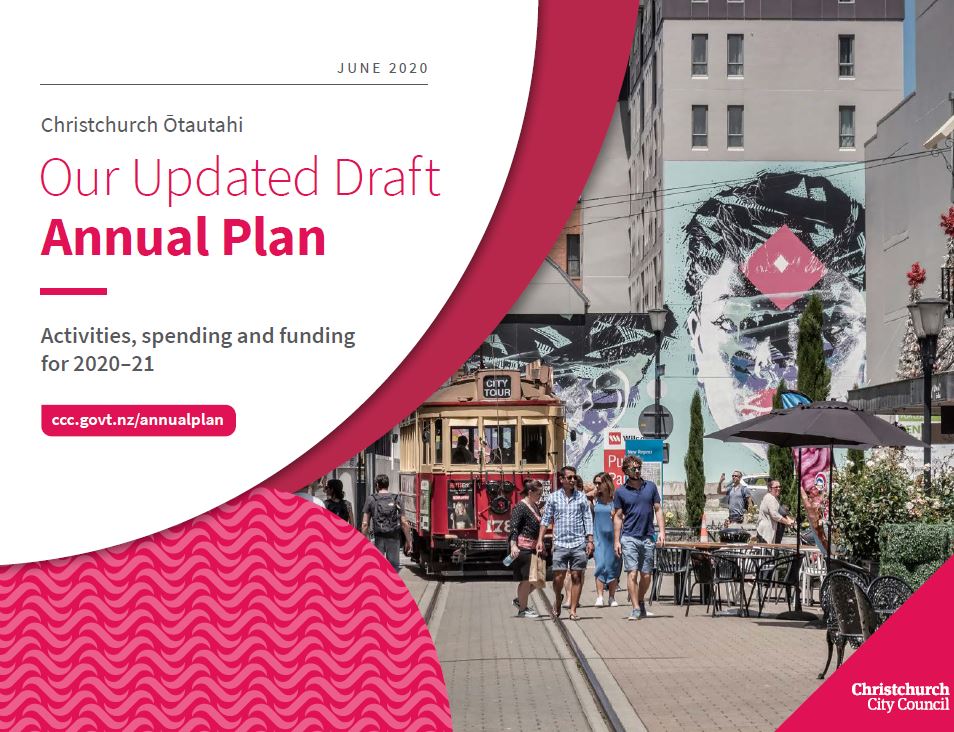 It’s a bit last minute but, if you have a moment, make a quick submission on the revised Chch City Council 2020/21 Annual Plan – submissions close 5pm Monday 29th June. And there are potentially some worrying implications for cycling…

If some of you feel like you just did this exercise recently, you’re not wrong; this is a revised version of the Annual Plan in light of the dramatic effects that COVID-19 has had on economic activities around Christchurch (and indeed, NZ) since the original Plan was proposed back in February. This will see a considerable drop in non-rates revenue that Council would normally expect to see (e.g. facility user charges, Council-owned entity dividends), so a rethink was needed on what to fund without seriously affecting the demand on rates (esp. when many residents and businesses are also financially hurting at present).

What this means is some quite hefty cuts in capital and operating expenditure, including building and maintaining cycleways. How much depends on which option you want to support; Council has proposed three variations that lead to average rate increases between 3.5% and 5.5%, with the lowest increase being recommended.

OK, what does this all mean for cycling? Perhaps let’s start with the good news – what is still being funded?

“Budgets for the cycleways projects are proposed to be re-timed to reflect a realistic timeframes for planning and construction of the 10 sections of cycleway. All but one section (Northern Line Cycleway – Tuckers to Sturrocks Roads) will start work in 2020/21.”

Still, if I look at the actual deferrals (see below), they amount to over $23 million of cycleways being pushed back from 2020/21 – and a number of them are only barely starting this year…

In essence, many of the changes are just reflecting the fact that the original timeframes for getting many of these projects built were already optimistic, but still there is a definite delaying (again…) of getting these done (anyone remember when we were going to build all cycleways in only five years?). No doubt some of this is also to appease the perception that the Council has spent far too much on cycleways (I’ve even heard people suggest they have spent a billion dollars on them – if only…).

So, all this means that if you want to see some of these brought forward sooner (e.g. perhaps by supporting a higher than 3.5% rate increase) then you need to get a submission in, pronto and tell Council that you don’t support such savage cuts.

What do you think of the revised Annual Plan?