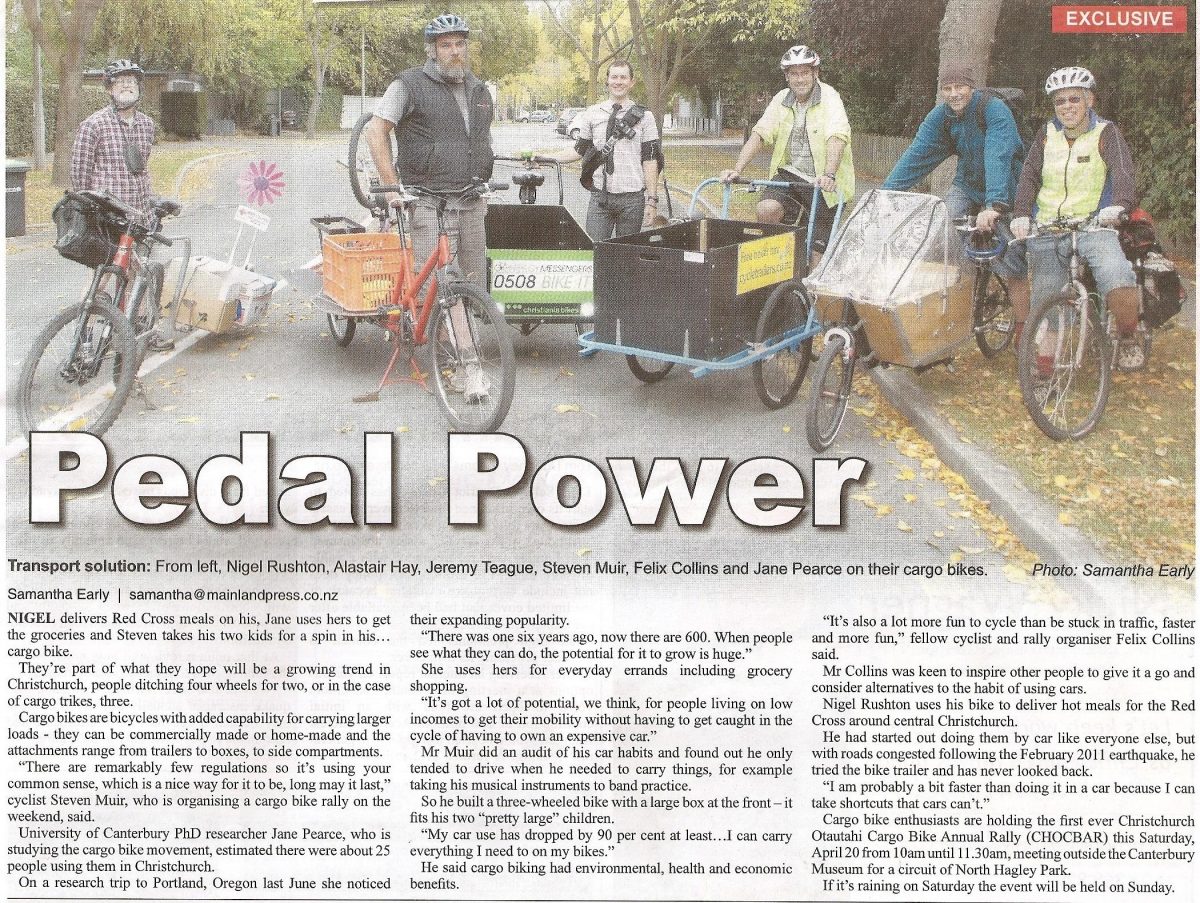 As the “normalisation” of biking happens around Christchurch, we are seeing a lot more practical utility bikes being ridden in favour of the traditional sporting and mountain bike models that were the standard in the past. Another creeping trend is the steady growth in cargo bikes of various forms, to help carry extra  goods and people around town. I almost don’t give them a second glance these days, but it wasn’t that many years ago when cargo bikes were still a rarity around Christchurch. They were certainly noteworthy enough to feature in a local newspaper, as first reported here back in April 2013: