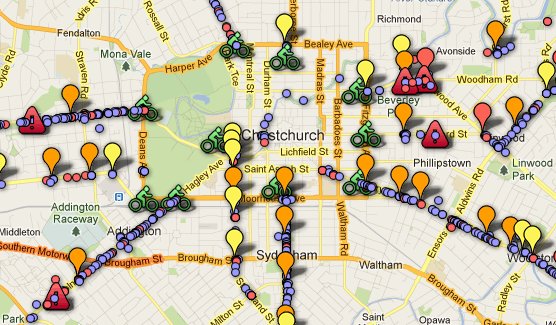 Before the cycleway programme started getting rolled out in Chch, the local media didn’t really help things by regularly coming up with various “cycle safety” angles for news items. This article, originally from Apr 2013, is a case in point where some slightly flawed logic leads to some not very helpful conclusions…