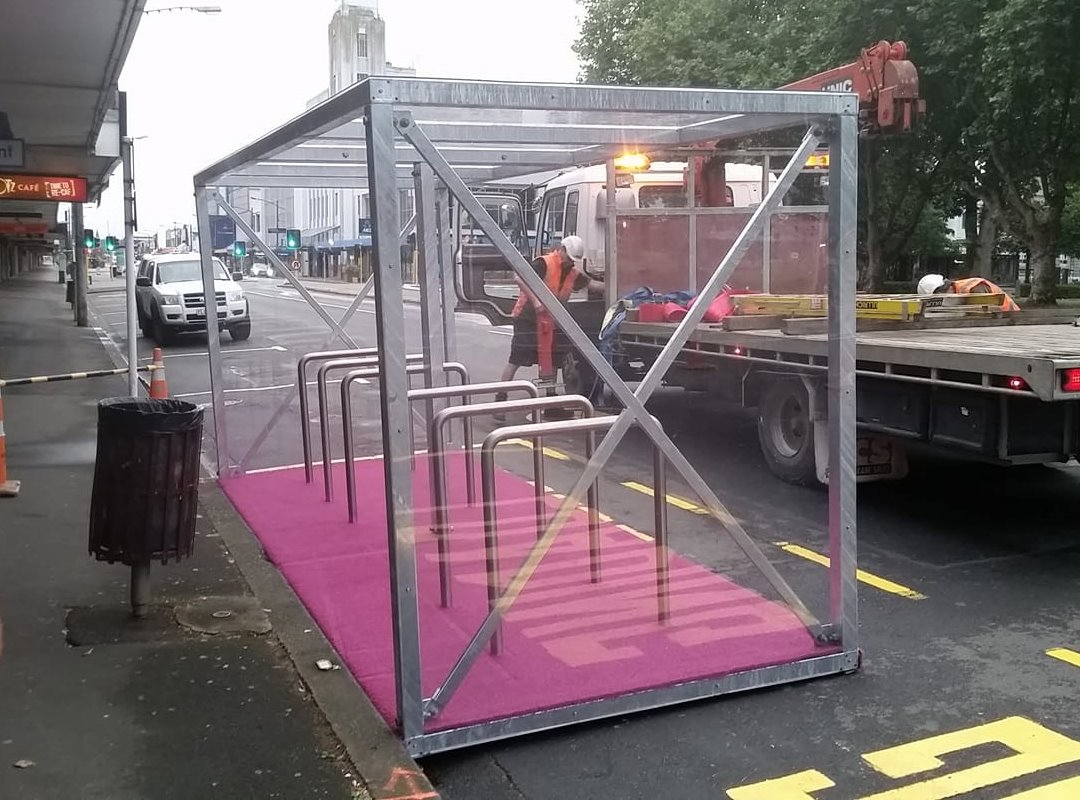 By now we were meant to be enjoying an enlarged public bike-share scheme around the city; instead we have none (but plenty of e-scooters…). The story behind that is for another day, but at least there is a silver lining. The $1.2 million originally earmarked for supporting bike-share has been reallocated towards a number of smaller cycling initiatives in the central city – and they’re quite good…

Basically Council staff were tasked by Councillors with reallocating the bike-share funding to useful minor cycle projects, such as improving central city cycle connections and further providing cycle parking facilities. A project team has pondered potential improvements to cycle accessibility, parking and safety and come up with 20 separate initiatives.

The full details of the 20 proposed initiatives can be found in the agenda of the CCC Infrastructure, Transport & Environment (ITE) Committee meeting last Wednesday. In summary, here are the proposals:

The total spend proposed is about $1.08 million, leaving about $120,000 for public engagement on these projects.

In The Press, it was good to see general support for these initiatives expressed by the Chair of the Central City Business Association. As many of us know, anything that can make life a bit easier for people trying to bike into town has got to be good for businesses there.

As I’ve mentioned before, we can probably all think of a number of little improvements that would help make cycling around the city a little easier. There are other things that I might have added (e.g. a contra-flow path on Barbadoes from Moorhouse to Williams would be a handy link into town), but this isn’t a bad list. I particularly like proposal #9 to create a portable bike parking facility that can be moved around to test different areas for consumer demand.

The proposals are planned to be consulted on (where necessary) and implemented over the next two years; ITE Committee members were particularly keen to see proposals 13, 15 and 20 prioritised first.