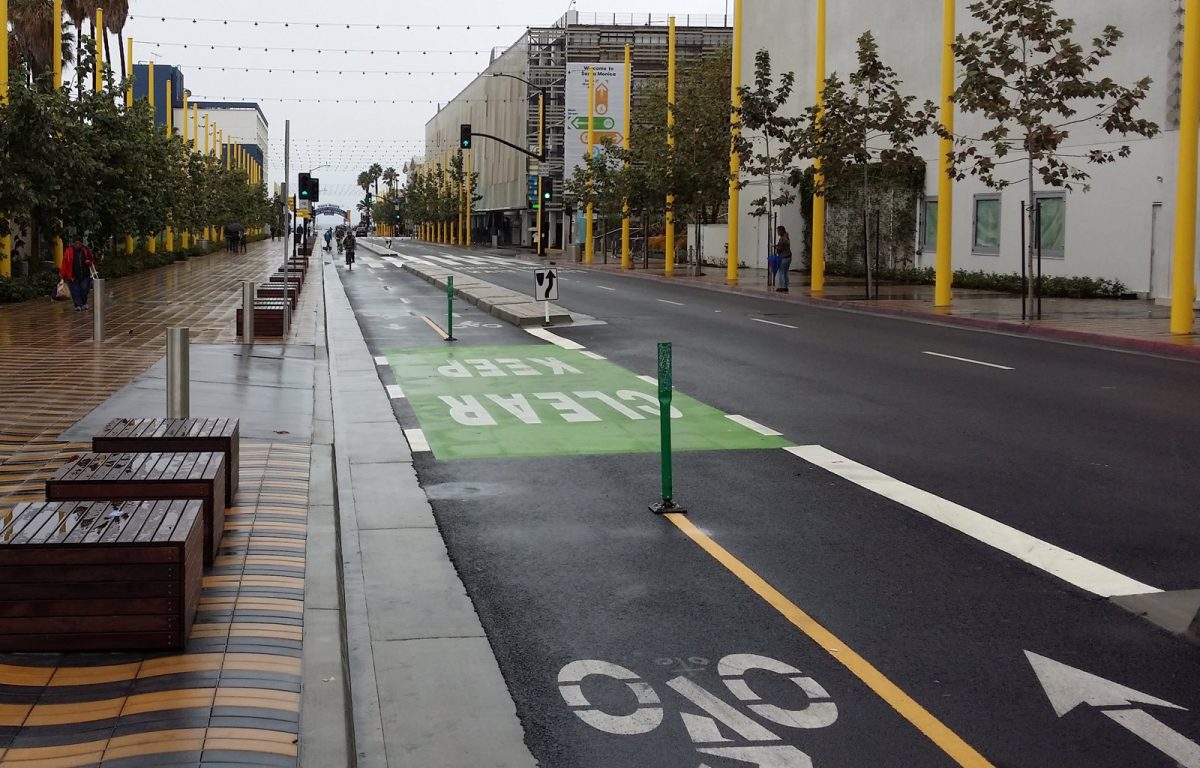 The blog posts have been a bit sparse of late; that’s because I have just spent the past week in Washington DC for the Transportation Research Board (TRB) Annual Meeting, a huge transportation conference of 14,000 (!) people (and more than a dozen sessions focused on cycling, with over 100 presentations). On my way home I had an extra day in Los Angeles so, rather than my usual brief in-transit stop, I left the confines of the airport to spend a day looking around some of the city. Unfortunately, “sunny LA” put on one of its wettest days in a while (northern California was even worse…), but I still managed to get in a full day exploring some of the districts around Santa Monica, Long Beach and downtown. I’ll post a more detailed blog in due course but, for now, here is a little something to mull over from Santa Monica:

This two-way separated bikeway on Colorado Ave provides a connection in the central shopping area between the famous Santa Monica Pier in the distance and the Metro train station about 200m behind me. It’s relatively short, but shows nice design touches including the solid separator and bike signals at the pedestrian crossing. The coloured surfacing over the carpark access is helpful too, although I’m not entirely sure who the “KEEP CLEAR” message is aimed at.

Anyway, this will whet your appetite for now (although, as you may have guessed, unfortunately not all of LA is like this for biking…)