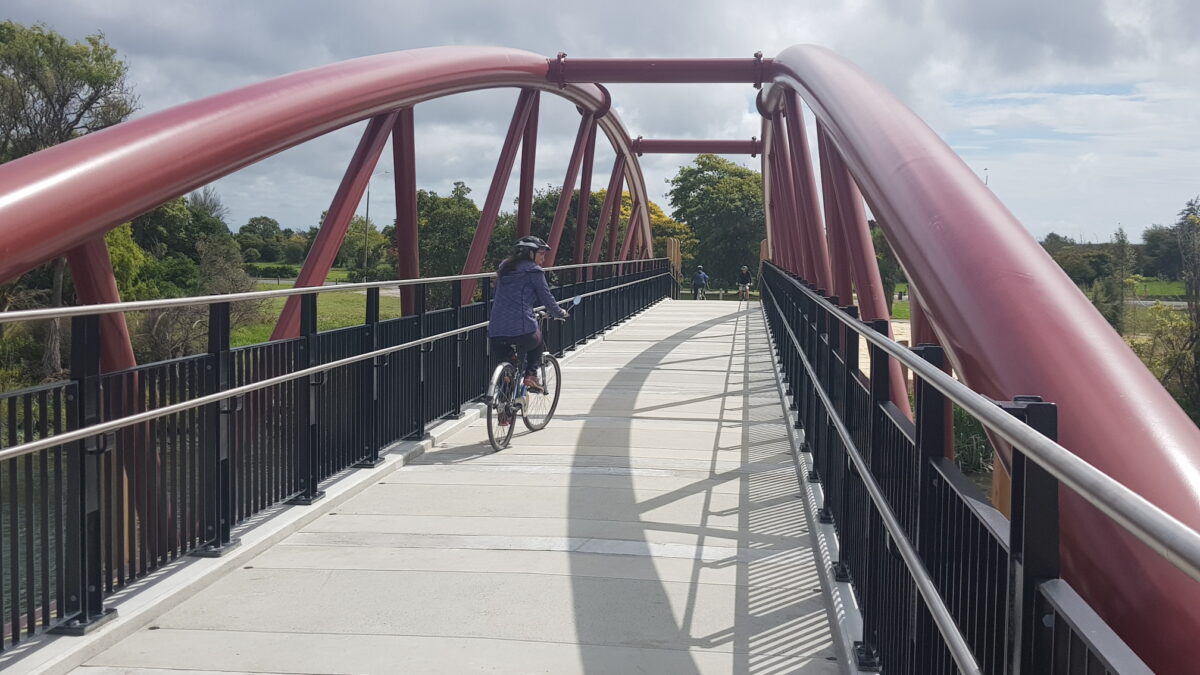 As lovely as it is to ride along our two main rivers, the Ōtākaro / Avon and Ōpāwaho / Heathcote, sometimes it’s also quite handy to be able to get to somewhere on the other side of them. While the latter has a reasonably frequent number of bridges along it, there are some pretty decent stretches of the former in eastern Christchurch where there are no crossing opportunities.

Until now… Thanks to a grant from the Christchurch Earthquake Appeal Trust, three walk/cycle bridges are being constructed and, a week or so back, the first of them in Avondale (near Briarmont St and Dunair Dr) was opened to the public. And so I went to have a look…

The bridge spans about 40m across the river, using a simple steel arch frame. Officially it’s 3m wide, which is arguably still a bit tight although certainly better than most existing footbridges around the city. There are smooth approach ramps on each side that make the journey across reasonably easy on your bike – certainly a few people were checking the site out the day I was there.

It won’t be too long either before you can also check out the completed bridges currently under construction near Medway St in Richmond (replacing the infamous “twisty” bridge) and near Snell Pl in Avonside – both are planned for opening in April.

Have you checked out the new Avondale Bridge yet?

3 thoughts on “Photo of the Day: Avondale Walk/Cycle Bridge”