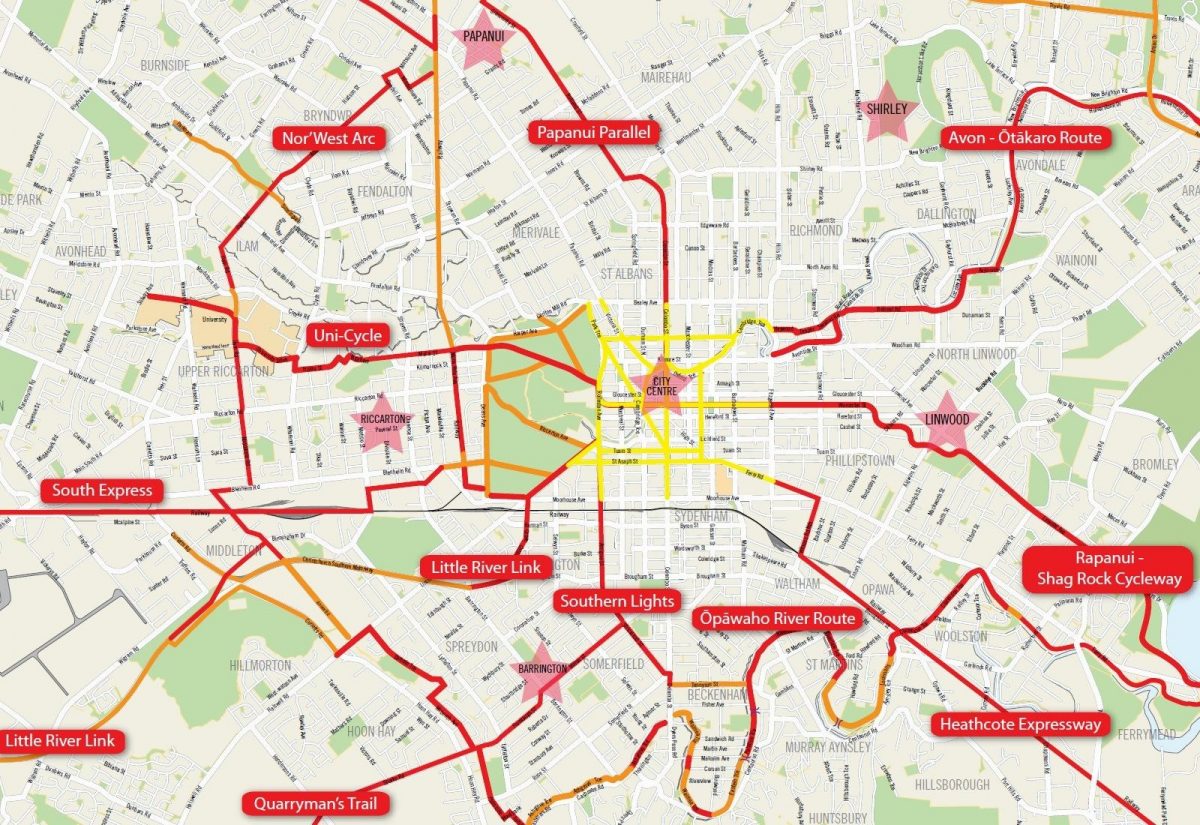 In the post-quake rebuild fervour, there was a lot of optimism about the new-found support for significant cycleway investment in Christchurch. A network of 13 Major Cycle Routes in 5 years? Why not! But was it possible? Seven years on from the major go-ahead decision by Council, the sober reality is apparently not… This post (originally in July 2014) sounded a note of caution about the technical (and political) difficulties likely to be faced, and so it has proven. Nevertheless, we have still seen an unprecedented amount of cycleway construction for Christchurch so far (including additional bonus items like the Coastal Pathway and Northern Arterial Pathway) and already that is having a good effect on cycling in the city – roll on completing the rest…

2 thoughts on “Flashback Friday: Cycleways in Five Years – Now How to Do It…”