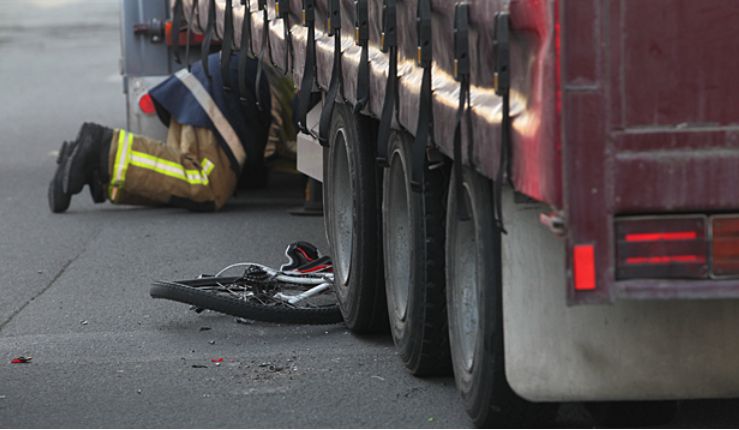 It’s been a tough past month safety-wise for cycling, with the tragic death of two people cycling, one in Auckland then one in Christchurch. That still only takes the total of cycle fatalities for the year to 4, but every one of them stings. A similar double-up of deaths occurred back in Apr 2014, when this post was first published, and the formation of the Safety Panel mentioned was predicated on a spate of deaths in 2010. So have things improved? Certainly many of the recommendations from the Safety Panel did come to fruition since then, although some are still languishing…

So you may have heard that I got myself another little job to do in the next few months – help the Government formulate some proposals about what to do about cycle safety in this country. The NZ Transport Agency has announced a national Cycle Safety Panel to follow up on the recent work by the Coroner investigating previous cycle fatalities.

Cycling safety has once again hit the headlines this week after the fatality in Christchurch earlier this week, and now another person has just been killed today while riding in Palmerston North. Our deepest sympathies to all of those directly affected. These events often come in clumps, which seems to raise the spectre that things are getting worse. Of course this is also balanced by the long periods (e.g. Aug 2013 – Jan 2014) when no fatalities occur; that’s simply the nature of relatively rare events like this. But nevertheless, we’d all rather that none of these fatalities (or other cycle injuries) occurred, so it is a good reminder to the Panel about what it is trying to address.

We’ll be taking advice from a range of key stakeholders, such as road user groups and road safety experts. And you can even send your ideas directly to NZTA as well. But I’d also be interested to know here what your thoughts are about the existing state of cycling safety in NZ. As I’ve mentioned previously, the actual risk of a cycle fatality or serious injury in NZ is actually very low, but it certainly could be better (esp. compared with other countries) and clearly perceived safety in NZ is quite an issue.

There are a range of different issues that we will look at, and they lend themselves to a range of possible types of solutions:

There probably are no silver bullets; it is likely to take a variety of measures to improve things. For example, the two most recent fatalities both involved trucks and they show up as being over-represented in cycle fatalities. So, it is an interesting exercise to consider how different types of solutions might help reduce problems with trucks, such as:

The next step would then be to assess the relative merits (costs, benefits, practicality) of each option and identify which ones you would go ahead and recommend (or implement straight away vs implement later).

Trucks are just one of the many issues that no doubt we will identify with cycling in New Zealand. So it will be a big challenge for us to pull together our key recommendations by September. Therefore we welcome any constructive help we can get from those at the coalface – feedback please!

If you could change ONE thing to improve cycle safety in NZ what would it be?

2 thoughts on “Flashback Friday: How should we tackle Cycle Safety in NZ?”