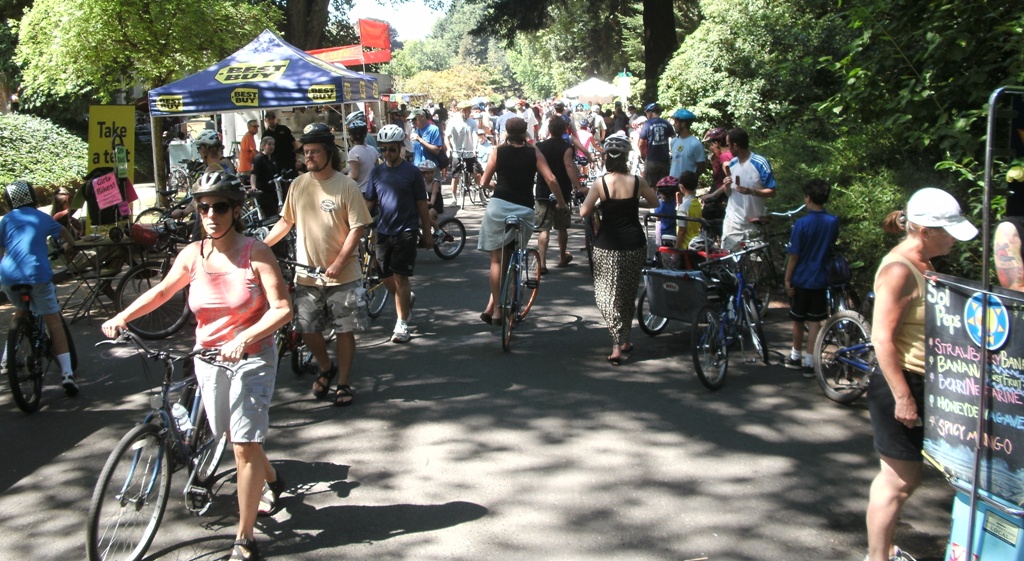 Cycle infrastructure is a key part of the biking renaissance here in Chch, but it’s also important to have a variety of events and other initiatives supporting these activities as well. We’re fairly lucky to have a pretty good selection of events all year round, as well as the growing institution that is Biketober. But one thing we ran over seven years ago, an “Open Streets” event for bikers and other active modes, has yet to be properly revived since then (despite a few attempts). One tricky problem to resolve is where exactly might be best (e.g. logistically simplest) to hold such an event next; this blogpost from Dec 2013 originally, came up with some thoughts…

For a first-time event, the recent Christchurch Open Streets ciclovía was a fairly successful activity (especially considering the so-so weather). Lots of people enjoyed various activities around town without the distraction of motor vehicles. So, on the assumption that we want to do more of them, it raises the interesting question – where to hold the next one?

I first encountered ciclovía events in Portland, Oregon, where they’re known as “Sunday Parkways”. After their inaugural one in 2008, the public were quick to ask “when’s the next one?”. So they held three such events the following year… and five events the following year… and now it’s an established part of summer in Portland (in fact, this year is the first time they had to cancel one, due to extreme weather).

The interesting thing about Portland’s Sunday Parkways is that generally they’re held in the suburbs. This greatly changes the dynamic of the event compared with our town-based first event. Obviously the fact that much of the CBD here is still shut also influenced things, but perhaps that’s another reason to head for a part of the city that is still operating.

Having an Open Streets event in the suburbs provides a number of opportunities for the community to get involved:

So where might this work? I gather that New Brighton has been mooted as a potential venue by the keen bods at RENEW Brighton, but I know that there are a number of active local groups looking to reinvent their communities in the rebuild. The trick is to make a circuit big enough to hold the expected numbers; the recent Christchurch event had over 3km of streets closed to traffic and the Portland ones are often ~10km. Typically they will be on local streets, not arterial roads (although they can cross these); in fact, Portland often deliberately chooses routes where its famed Neighbourhood Greenways run along, to help promote them.

Running the route past (or near enough to) schools, parks, and local shopping areas would also be a great way to tap into other activities and potential supporters. This gives you larger spaces to hold complementary activities and really make a day of it. Plus it allows local businesses to benefit from increased passing trade.

So where do you think another Open Streets event could work well?