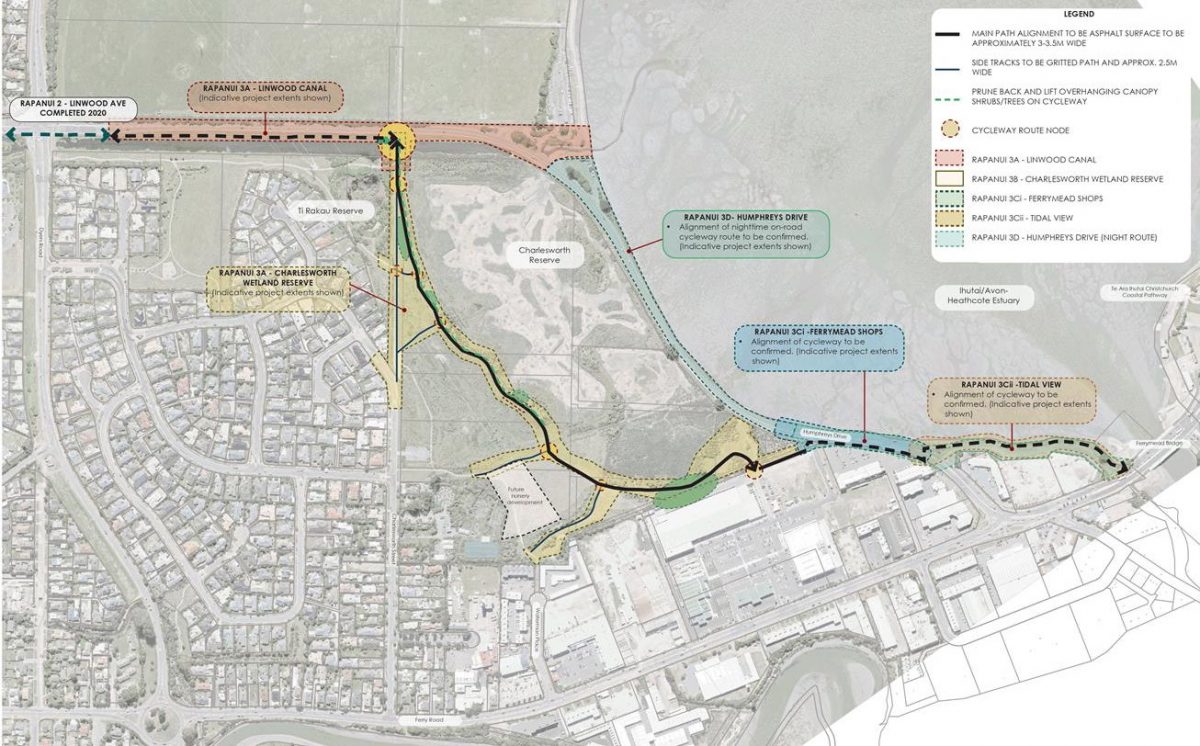 Another little bit of cycling good news a week or so back was the confirmation of the route for the final stage of the Rapanui / Shag Rock Major Cycle Route between Dyers Rd and Ferrymead Bridge.

The original route considered for consultation had proposed running the cycleway alongside the estuary edge with a reconstructed seawall. However, there had been concerns by some groups about the ecological impacts on the adjacent estuary.

After much deliberation over the past couple of years with various stakeholder groups, the Urban Development and Transport Committee of City Council finally decided to relocate the route to follow an existing path through the Charlesworth Reserve instead. The current gravel route will be sealed and widened.

While the confirmed route addresses concerns around the estuary impact, it does come with its own issues in terms of personal security (especially at night), being a relatively isolated pathway. As well as trying to improve visibility near vegetation and additional lighting, work will also be done to improve the relative comfort of the on-road cycle lanes along Humphreys Drive to provide a valid alternative.

This cycleway section is part of the “shovel ready” funding received recently from Government, so it needs to get underway soon. Once detailed design is complete, construction should begin by next June.

What do you think of the proposed Rapanui cycleway route?