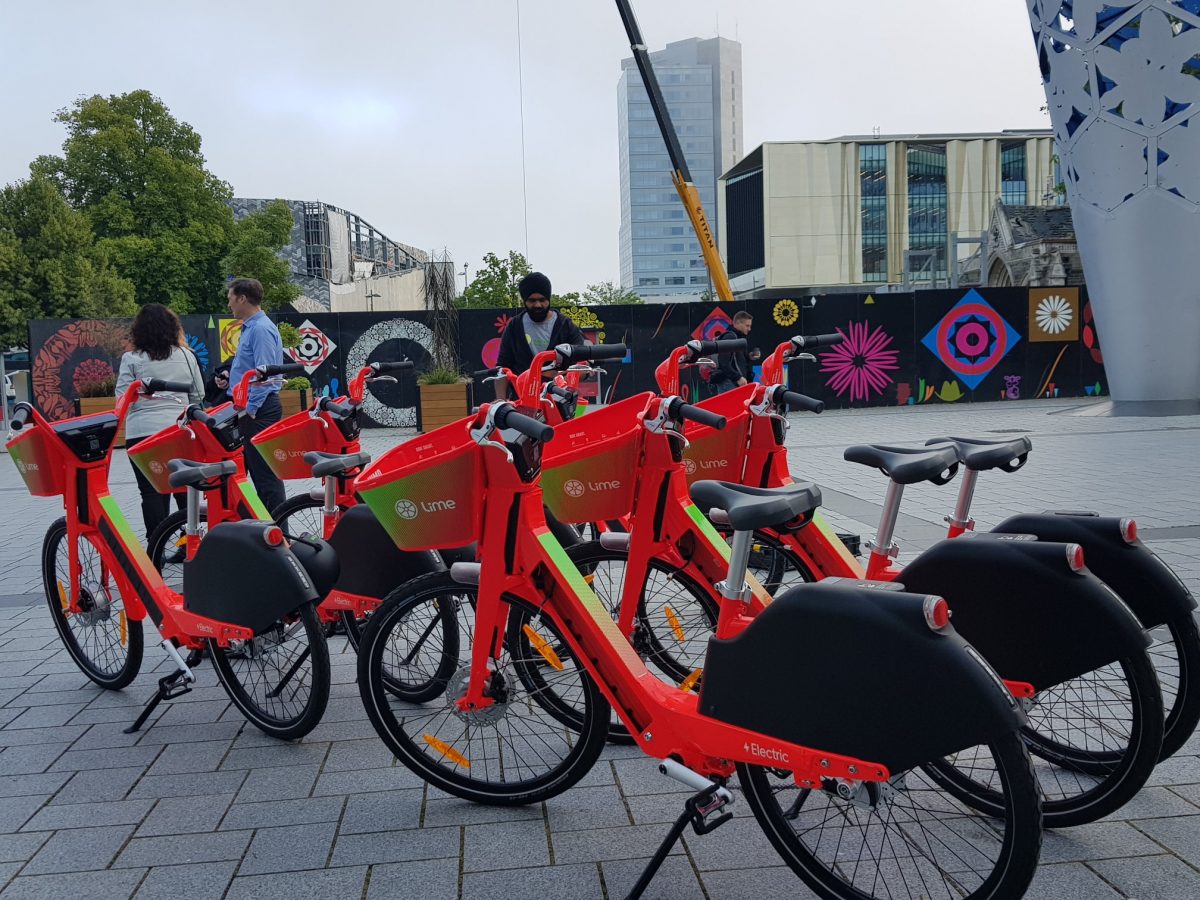 Note: “Cycling in Christchurch” does NOT operate Lime e-bikes. To contact Lime about discarded e-bikes or other issues, email support+nz@li.me or phone 0800 467-001. More info at their Help Centre.

Last month, we mentioned that Lime was bringing public share e-bikes to Christchurch. Three weeks that became a reality when Lime introduced them to the city with a little launch event (yes, I’ve been a bit remiss in getting this out the door…).

It has of course been two years since Lime first launched their public electric scooters in our fair city; since then they’ve been joined by a few other players in the e-scooter game. Meanwhile public bike share appeared in Auckland and Wellington, with the likes of Onzo and Jump, all the while Christchurch wondering why the cycling capital of NZ kept getting overlooked…

Now at last, Lime has put 100 bright green and red e-bikes around our city for public use (arguably quite festive looking at this time of year…). The more observant users will note that they are actually previously Jump-branded bikes that have been sold off to Lime. Users with the existing Lime app for e-scooters can use the same one for unlocking an e-bike as well, and the charges are the same too – $1 to unlock and then 38c a minute. You can also use the Uber app to access them too.

{At the moment, look out for a few special tiger-striped e-bikes and 50% of your fare will be donated to the World Wildlife Fund}

I got the chance to have a bit of a play with the bikes on launch day. Unlocking it with the app is pretty straightforward; just point your phone camera at the QR code either on the front “dash” or on the rear wheel. Confirm it’s the one you want and then you can unlock the rear cable where your provided helmet should also be tethered (the cable retracts while you are riding).

The bikes have three hub gears (adjustable on the handlebar) and the pedal assist kicks in pretty smartly, cutting out at ~25km/h. The seat is very adjustable and even a tall person will have no problems riding these (I’m 6-foot and there were still a couple of notches left on my seat adjust).

There’s a handy generous basket up front for storing stuff and built-in mudguards and lights mean that you won’t get caught out in the dark or wet. Compared to some front-heavy bikeshares I have come across elsewhere, the balance feels quite good. Don’t be put off by the slightly complicated looking display up front; you won’t need to press anything to make them go or stop – just pedal and brake like a normal bike.

When you’ve finished your ride, you don’t even need to use your app; just pull out the rear cable, hook your helmet back through it, and click it into the side slot – that’s it, you’re done! One word of warning: because that also locks the rear wheel between the spokes, just make sure that you don’t force it too hard and break a spoke – just roll your wheel a little bit if need be.

Apparently the bikes have a range of up to ~60km (although I’ve seen quite a few with more than that stated on the app), so they should get you a long way without problem. The batteries in them are swapped out each night by a dedicated team (and any maintenance issues attended to) to ensure a fresh set of e-bikes every morning. Looking at the Lime app at the moment shows them scattered all around the city; unfortunately with just a hundred to start with, that may mean there’s not always one nearby yet. As is typically the case, the bikeshare companies monitor the usage data over time to work out where best to locate them. Lime do have the option to provide up to 200 e-bikes in Christchurch, so let’s see how well  they get used!

Have you tried a Lime e-bike yet?