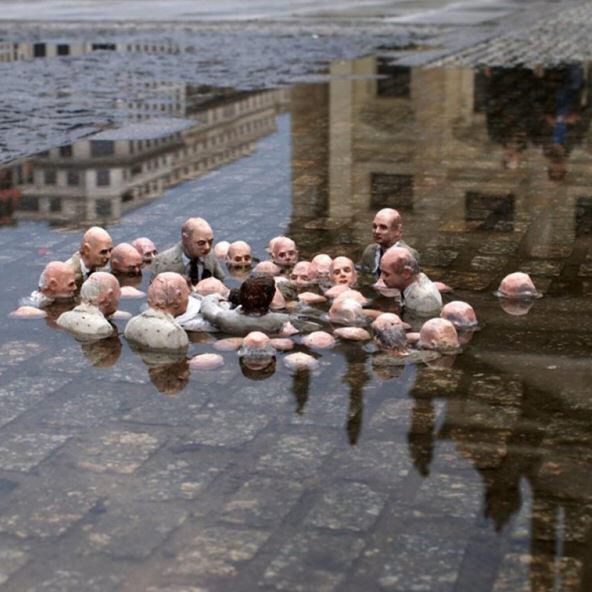 This is not the final word from “on high”. Please contribute what you know in the comments. After all, elections are all about community. Let’s hear from the cycling community.  updated 26/9

Thanks to all who have commented. Please read them and consider their points. As stated at the outset, a community needs all of us to contribute for good decisions to result.

The playing field: People’s Choice is Labour, Independent Citizens is National (though they deny it) and many of the “Independents” hold views closely aligned with a major party. The Greens are supporting candidates both in and not in their party who they see as progressive.

There are some good incumbents deserving your support. For things to change people who see themselves as “outsiders” are needed, but only if they have the intellect, skills, background knowledge and dedication.

Some people would like local body elections to be free of political party interference. The reality is most political parties do involve themselves, either formally or informally. It is one way they can build candidate’s experience, popularity and assess their potential for higher office. Done openly at least you know, pretending they are not probably tells you all you need to know.

where you can enter your address and get some basic info on the candidates standing in your electorates/districts. Note the left and right arrows and the candidate and issues buttons.

Not all candidates responded and they hope to be taken at their word. “Politi speak”, what is said, how and what is not, can be very misleading. You really need to go to forums, read their social media and do a google search in hopes of discovering what they have been up to. Some Community Board candidates provide their contact details. Call them and ask questions. Get together with friends and have a voting party to share the work. Share your work here and on social media.

It has been difficult for local electeds to come out too strongly for more cycling. It is a big culture change and with all the quake damaged infrastructure some drivers question if this is the time for cycle routes. The local media have not helped to educate people as to how cycle infrastructure benefits all road users, nor that the Major Cycle Routes(MCR) actually get central government funds to fix roading and underground infrastructure. As a consequence the MCR’s have elicited a backlash which discourages actively speaking out for cycle infrastructure and which some candidates hope to gain votes from.

Quite a few candidates have decided that stopping the cycle lane madness is a good vote getter. They may be right. You may want to vote.

Sadly too many races offer questionable options. The “lesser of 2 evils” is an extreme way to put it, none seem evil, just not up to the job or with views stuck in the past, not addressing the present and well stuck in with their old mates. Rates are a real issue, but anyone promising to reduce rates should tell you how they will save $100’s of millions, because it will take cuts to basic services. Which ones will they sacrifice?

Many candidates fail to be clear as to their policies, preferring to cite their community spirit while mentioning issues in broad non-committal terms, if at all. The issues they choose to mention can sometimes be a clue, but not always. Most ECan candidates also extol virtues of the environment and future for our kids, others push their experience ability to collaborate and the need not to make life too hard on farmers. Some are a bit specific; others offer broad statements and/or their main interests. Felicity Price is a good example in sounding good on water, while being IC and with an ag irrigation consultant partner. Perhaps she is sincere, but one wonders.

Vote splitting is where there are more than one candidate from one side of the political divide in a race. They split the vote allowing a candidate with opposing stands to take the seat with an otherwise overall lower vote total. This is noted where this may be a concern with VS. What you decide is up to you.

Sadly Labour’s People’s Choice chose to run candidates against good progressives with appropriate skills and experience and some of them incumbents. This is a power politics approach where power to the party machine trumps community interests. (No doubt they would disagree) Axel and Lan in ECan Central/Ohoko are a prime example of this. PC has put up 2 very uninspiring candidates to oppose them. Lots of vote splitting thanks to PC.

You will get to vote for: Mayor, 1 Councillor, 2 Community Board member, 2 ECan Councillors and for Health Board where you MUST rank your choices numerically 1-7 to have your vote count.

Due to lack of choices in too many races not all positions are filled and some troubling compromises are made even with some of those offered.

Text in “” are from the candidate’s statement. Where they were clear and brief, they got quoted.

Mayor VS Lianne Dalziel, yes John Minto is running. There is some concern that the right wing candidate Darryl Park will put up a good showing. Darryl is no friend of people who bike.

Banks Peninsula Council: Andrew Turner, incumbent. Vice Mayor and would have run for Mayor if Lianne had not. CB: Nigel Harrison.

Cashmere VS Council: Tim Scandrett is the incumbent and has been good. Lee Sampson is the PC challenger and would likely be OK. CB: Kier Leslie, Lee Sampson.

Central VS Councillor Deon Swiggs is incumbent and OK.  Deon has now been accused of inappropriate sexting. Guilt or innocence yet to be established.  Jake McClellan is the PC opponent. CB: Simone Pearson, Sally Buck, incumbent.

Fendalton So many bad choices. Is Jamie Gough OK for Council as he is so busy with work that he is not always able to focus on Council?

Harewood Council: Scott Franicevic. Aaron Keown is the incumbent who championed driver’s desires for a light at Harewood/Breens/Gardiners in spite of many other intersections more in need and choosing a plan which transport planners believe will make matters worse. But it won votes!

Hornby Councillor: Jimmy Chen and CB: Mike Mora are the incumbents and have been OK on cycling.

Innes VS Councillor: Mark Wilson or Pauline Cotter. Mark has led the community in opposing the impacts of the Northern Arterial on the community. As Councillor Pauline was “captured” by the inertia of “how government works” and slow to realize that people were truly outraged, she has been good on cycleways. CB: Emma Twaddell.

Riccarton Councillor: Luke Chandler and Anthony Rimmel, but Anthony is more likely to get the votes as backed by PC.
CB: Gamal Fouda and Helen Broughton are the People’s Choice likely vote winners, but Luke Chandler is also running.

Chch Central Ohoko:
Lan Pham & Axel Wilke, Ind.
Lan is incumbent who has been the voice for the environment on the Board. Freshwater ecologist & environmental management. Clean water, climate, environment “are placed above corporate greed and profit from pollution.”
Axel is a professional transport planner with a transport consulting business and very active in promoting active and public transport(PT) in Canterbury. Clean water, air, “prioritising a healthy and viable future for our kids and grandkids above all else.”

Chch S Owhanga:
Vicky Southworth, ind, MA water management with years of experience. Clean water, climate change, restore habitat, bus user/PT. “We need a collaborative approach supporting and encouraging positive changes, whilst holding to account those avoiding responsibility with effective monitoring and enforcement.”
Hamish Keown, ind, Bs Environmental Mgt & Planning. Climate change, clean water, better citizen access to government. “A vote for Hamish Keown is a vote for action.”
This is another opportunity for VS as PC is running James Dann and Phil Clearwater, neither of whom appear better than Vicki and Hamish.

Mid Canty Opakihi:
Sarah Walters, Ind. Former Selwyn District Councillor, Deputy Mayor. She enraged progressive voters with a vote for Central Plains Irrigation in a previous role which some attribute to being new and poorly informed. Given the options one hopes she has developed better skills and it would seem she has. “This is a critical time for regional governance in Canterbury with a declaration of climate emergency, return to full democracy and pressures on transport, biodiversity and water. Our environment supports and sustains us but has limits.”
Allen Lim, Ind, Ba mechanical engineering, farmer. “I recognise there is a balance between urgent action on freshwater and sustaining a viable primary sector and in consultation with you, I’m committed to finding the right balance.”

N Canty Opukepuke:
Greg Byrnes, Ind, 30 years of government experience. “The time has arrived where we collectively say enough and restore the balance between the environment and economic wellbeing…. Land intensification and the continuation of a monoculture mindset results in short term gains for the few over the interests of the many.”
Second equal
John Faulkner, Ind, businessman, dairy farmer, sportsman. “The responsibility of leaving a legacy for future generations – environmental, economic, social and cultural is in our hands. Success requires a commitment to collaborative engagement and the building of strong relationships across our community. Our land, our people matter.”
Grant Edge, Ind, Landscape Architect. “I support urgency in dealing with climate change and water quality issues that are affecting everyone. I’m keen to promote actions that deliver economic diversity based on best-fit land use activities for urban growth and food production.”

S Canty Otuhituhi:
Elizabeth McKenzie, Ind, Geologist, scientist. Climate change, nitrates, sea level rise. “I am standing to advocate for people and environment before profit, and for development of a resilient and sustainable infrastructure and economy in Canterbury.”
Phil Driver, ind, Phd science, engineer. “I will prioritise clean, safe drinking water, a stable climate, swimmable rivers and an ecologically and economically resilient environment over short term profits from pollution which creates unforgiveable and unacceptable costs for future
generations.”

You must rank your choices from 1-7. Here are a few which appear promising in rank order:(8 listed, but can only vote for 7. Your choice)