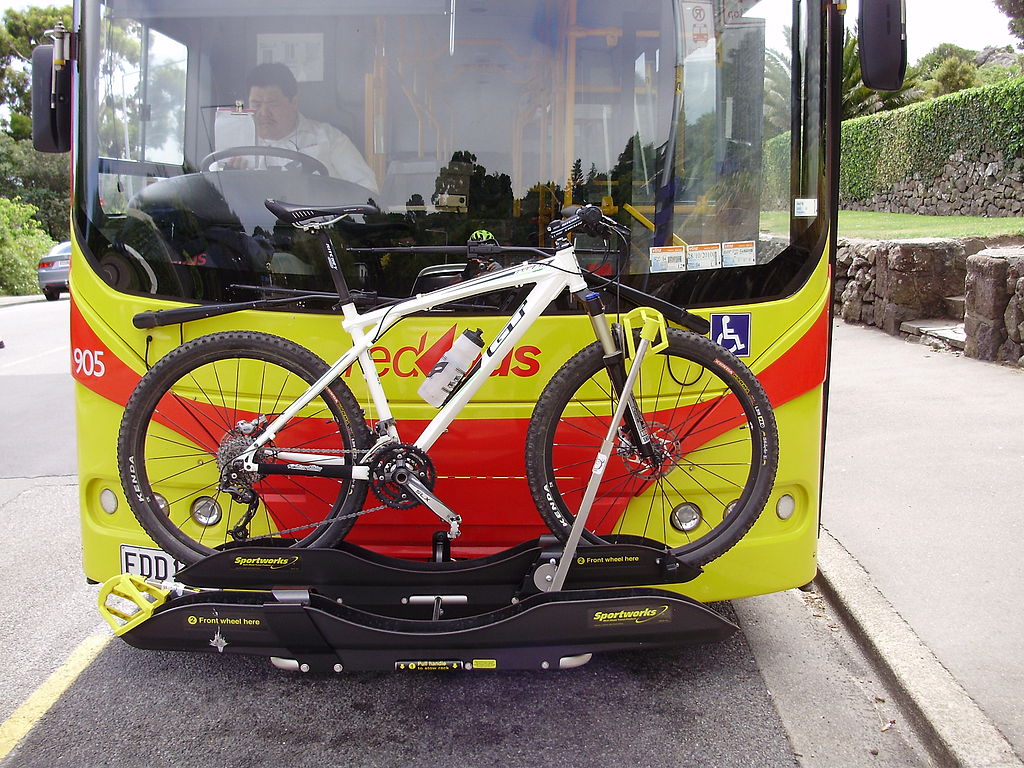 As we gradually develop our burgeoning cycleway network around Christchurch, it’s useful to remind ourselves of the other way that we can expand our network around the city – by bus. Since 2008, the option has been there to pop your bike on a bus rack to get even further than you might comfortably ride under your own steam – or to tackle unexpected problems like rain or mechanical failures that might otherwise ruin your ride. This post, originally from Jan 2015 shows how much this pioneering service for NZ was already making it easier for many people to get around town – I suspect it has even higher use now…

As many of you will have heard, various changes were made to Christchurch bus services in December. For example, we now have a network of high-frequency “orange/purple/yellow/blue line” services across the city. One relatively unheralded outcome of the new bus services is that we also now have 100% coverage of bike racks on buses around town (plus you can take them on the Diamond Harbour Ferry).

Bike use on buses continues to grow around the city; I quite regularly see the racks in use. Environment Canterbury monitor the usage; a while ago we presented some of the initial statistics, and below you can see the most recent data up to last October (from the Regional Trpt Committee). Typically now the city is averaging ~120-150 bike rack uses a day, so it’s providing a small but valuable service to our transport system (interesting too to contrast usage with wheelchair users, who had wheelchair-accessible buses available for about a decade before bike racks showed up…).

Mind you, if you already regularly ride your bike around town, I don’t actually think that you’re the target market. What bikes on buses really does is to provide a viable alternative to driving for trips. You get to combine the door-to-door convenience of biking (“but it’s too far!”) with the long-distance capability of buses (“but it doesn’t take me where I want to go!”). Plus, the parking at each end is a lot less hassle… 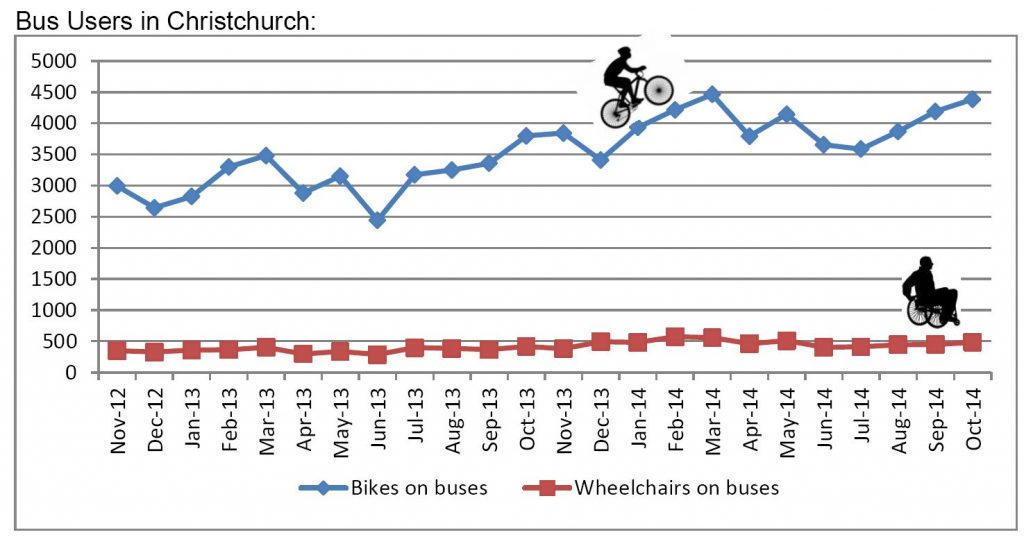 With the new bus services in place it works out that, in the peak hours, nearly 200 bike racks per hour are available for use across the network, so there’s a fair bit of spare capacity. Of course, some of the more popular routes (e.g. through Lyttelton Tunnel) are quite likely to be over-subscribed more often, and that is a problem. It is possible to get triple bike racks, which increases the capacity somewhat, and I think that ECan are looking into that for the busiest services. Alternatively, maybe in the near future, you’ll be able to park your bike at the bus stop and then pick up a public share-bike at the other end?

Using the bike racks is free with your bus or ferry fare and pretty easy to use. If you’re a bit worried about trying it out for the first time in a “live” situation, we’re hoping to bring you a chance to “have a play” at the “CAN Do” cycling advocacy workshop here in late March (more details about that to come later). Hopefully we will also get a wall-mounted “practice” rack installed at the new transport interchange when that opens in a few months too.

Have you taken your bike on a bus?