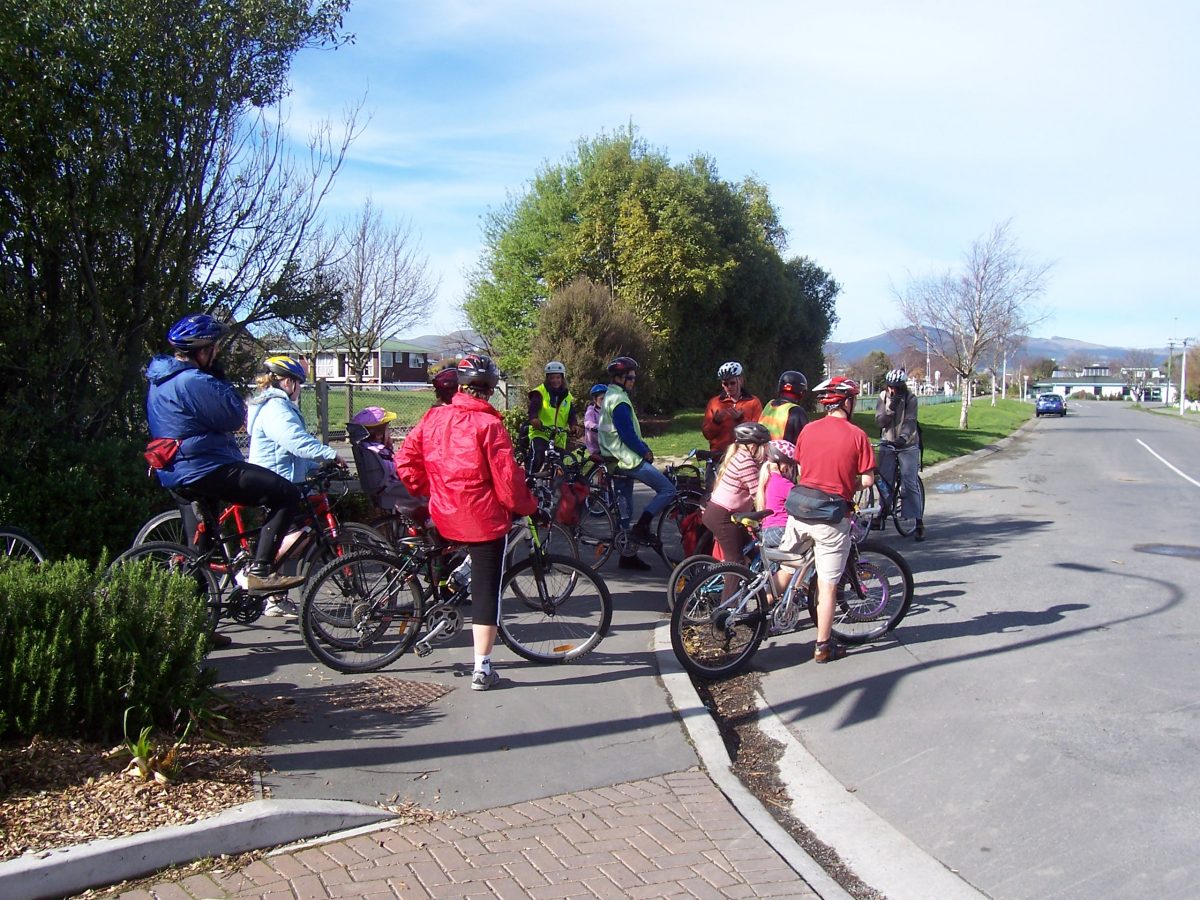 Local cycle advocacy group Spokes Canterbury recently had its Annual General Meeting, and reflected on another positive year of progress for cycling in the city. This post (originally from Apr 2014) reminds us of the work that Spokes has been tirelessly doing for over two decades in Christchurch. If you’d like to help them in some way, get in touch…

The recent local media coverage has been fairly comprehensive in discussing first the planned delays to completing the Major Cycleway network and then reaction to the tragic cycle death a couple of weeks ago. Through it all, you might have seen comment from Spokes Canterbury Chair Keith Turner, and I thought it was timely to just remind people of the valuable work behind the scenes that Spokes does.

(Disclosure: I am a member of the Spokes Core group and a past-Chair)

Spokes Canterbury has been in existence since 1998, although that date was essentially a rebirth of the Canterbury Cyclists Association that had been around since the 1970s. Spokes is the local branch of CAN, the national Cycling Advocates’ Network, and in fact a couple of Spokes Core members are currently on the national CAN Committee (and many others have been in the past).

So what does Spokes actually do? Here are a few things they have been involved in over the years:

As an example, some of the recent dealings that Spokes has looked at include:

Ultimately, what Spokes gets involved in or not is simply limited by the willingness and availability of its members to help out. Spokes don’t always get its way in its dealings with various agencies, but there are plenty of improvements out there (both on the ground and in official documents) thanks to the inputs from Spokes over the years. The fact that Spokes are generally recognised as one of the default local parties to consult with on any major project or policy speaks volumes for the respect built up over the years.

Unlike some organisations, Spokes doesn’t take paid memberships (although it obtains some funding from CAN via its local paid members). Over 1000 people are signed up to Spokes monthly e-newsletter (which is currently on a little technical hiatus while we wait for the release of Spokes’ new website) and that is about the closest we have to “members”. However the bulk of the work is undertaken by a smaller group of ~30 people known as the “Spokes Core”. Like most advocacy groups, all that work is unpaid volunteer time and it’s great to see the efforts that many people have contributed over the years to the cause.

Spokes’ Annual General Meeting is coming up soon on Thu 1st May at 5.30pm. In the past this has been combined with a notable public presentation of some kind, but this year it was decided to have a simple meeting, with a bigger public event to be arranged later on. Nevertheless, you are still very welcome to come along and join the proceedings, especially if you’d like to help Spokes out with anything. Typically the Core Group meet monthly and deal with most other issues via phone/email/website.

You might have particular talents that you think could help Spokes with (e.g. marketing/promotion, websites, traffic engineering). Or you might want to help with just one particular issue (e.g. organising social rides, helping with submissions on projects in your area, making contact with key decision-makers). Or you might simply have the most valuable talent of all: some spare time! You’re very welcome to just “listen and learn” until you think you can contribute, and we can buddy you up with more experienced people to help you with your first few tasks. If you’re interested in knowing more about how you can help out contact one of the key Spokes Core members.

What is ONE simple way that you could help Spokes with its work?