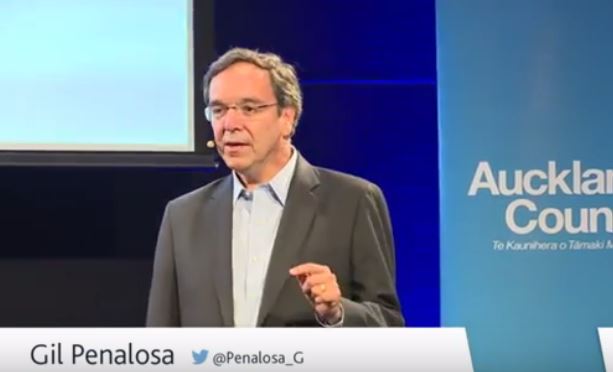 As mentioned recently, I attended the 2WALKand CYCLE Conference in Auckland last week. About 260 people took part and there were over 90 different presentations, which are now available on the website (some also have papers as well). If you missed keynote speaker Gil Penalosa, who also spoke in Christchurch last week, you can check out this video of his public presentation in Auckland.

You can get a bit of a run-down of the highlights thanks to the #2WALKandCYCLE Twitter hashtag that was used pretty extensively by delegates. Here are a few things that stuck in my mind over the three days:

While in Auckland for the conference, I also was able to get out and take a few more photos of some interesting cycling things around the central city. Here are a few of interest:

The next 2WALKandCYCLE Conference is likely to be in 2018, venue still to be confirmed. But the good news for Christchurch locals is that the Asia Pacific Cycle Congress will be hosted here next year (Oct 2017) – something to put in the calendar!

Did you attend 2WALKandCYCLE? What did you think?