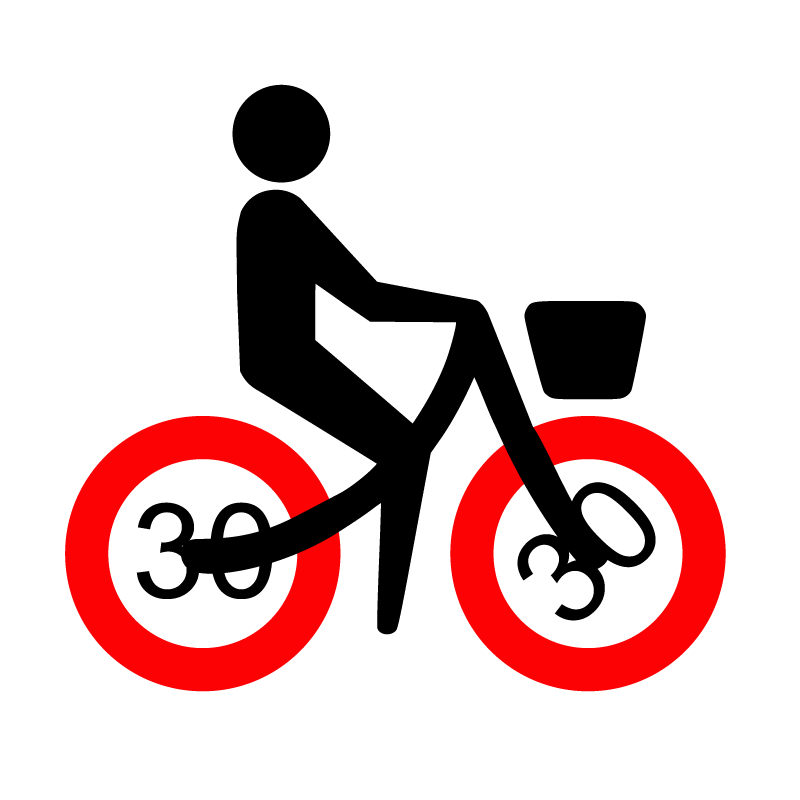 In my overviews of looking around Europe, I noted that lower speed limits were prevalent virtually everywhere I went. Yet, in New Zealand we are still only taking a few hesitant baby steps towards similar environments. There are a lot of benefits of lower speeds for transport and society in general; if you want to look into this further, I urge you have a look at a recent thesis by one of my Masters students, Lisa Williams. But here I’d like to focus particularly on the benefits for active modes like walking and cycling.

As you may have seen, last week I proposed to Christchurch City Council that they investigate introducing lower speed limits (ideally 30km/h) in a number of areas that I consider “low hanging fruit”, namely:

Strangely enough, a lot of the resulting media attention focused on the relationship of lower speeds with cycling (even though they are just one of the beneficiaries). And clearly even a lot of people who cycle don’t quite get how it can help them. A lot of discussion is currently on getting safer cycleways like the planned Major Cycleway Routes around Chch. But even when they’re completed in ~5 years time, that will still only be another 100 km or so of better cycling routes – what about the other 1500+ km of streets around the city?

That’s where lower speed limits can have a more immediate effect on a larger portion of the city. Often we’re talking about local streets that don’t have much traffic anyway, but that remaining traffic there travels faster than desirable. Or we’re talking about busier areas where there is a lot of road user interaction happening (e.g. parking, school kids, shoppers, buses) and it’s a bit harder to concentrate on everything at the same time.

Safety is the biggest motivation for introducing lower speeds. We have a lot of road crashes in New Zealand, relative to the best places in the world, and people walking and cycling seem to bear a large brunt of those in urban areas. While preparing to present to Council, I had a look at how many pedestrian and cycle crashes had occurred in Christchurch since 2010. The figure was staggering – over 1200 injuries over 5½ years, including 18 fatalities and 350 serious injuries. And many of these crashes were clustered in a few key areas around town, especially in suburban shopping areas.

Critics of lower speeds say that the real problems are poor road designs (e.g. no separated cycleways) and poor road user behaviour (e.g. “those bloody cyclists wobbling all over the road”). While there’s no doubt it would be great to see improvements on both fronts, you will never get perfection in either area – we’re human and we have limited transport resources. A “safer system” approach accepts that these failings of both people and the transport system will occur and aims to prevents bad outcomes as a result. Just because you made a mistake shouldn’t result in serious injury or death.

That’s where lower speeds can make a real improvement to both the likelihood and severity of traffic crashes. Internationally the evidence has found very big reductions in crashes following speed management, especially in terms of fatalities or walking/cycling injuries. Locally in Wellington, where 30km/h suburban shopping streets have been introduced in the past five or so years, there has been an 82% reduction in injury crashes. The differences in risks are particularly significant for active modes. Typically the risk of serious injury or fatality halves when going from an impact speed of 50km/h to 40km/h and drops fivefold when going from 50 to 30.

But it’s more than just about safety. Lower speed environments also encourage more people to walk and cycle (due to the calmer environment provided), with all the health and environmental benefits that brings. And it also makes for more pleasant places to live, work and play, resulting in economic benefits from the improved amenity (e.g. higher property values, more local shopping). Other places have already recognised these benefits, such as Hamilton’s Safer Speed Areas in residential suburbs.

A number of other objections are often raised about lower speed limits:

Lower speeds are not a panacea for all sins. But, at a time when our road toll decline is stagnating, the one key tool that we haven’t picked up from overseas yet is to introduce lower speeds more widely on our roads.

Do you think lower speed limits would make for a better cycling environment?

6 thoughts on “Why Traffic Speed Matters for Walking and Cycling”