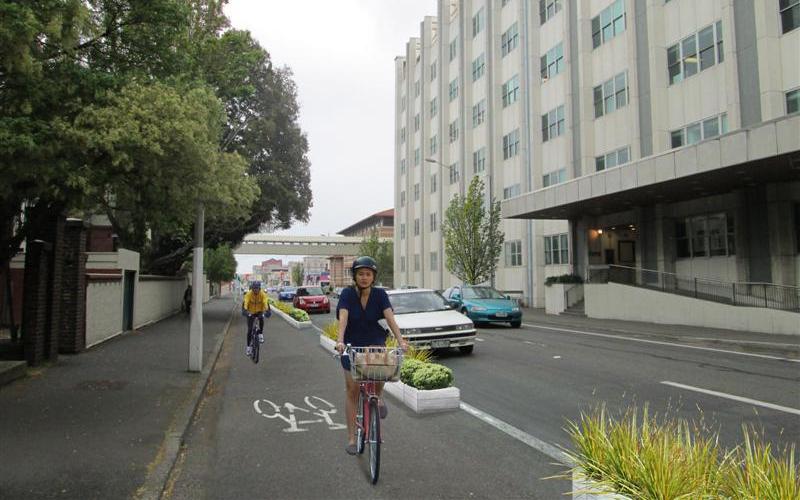 With all the excitement of what’s currently happening for cycling in Christchurch, you may have missed some of the interesting developments in other parts of the country. I was at a cycling forum in Wellington last week, organised by TRAFINZ, and it was really interesting to see what the other main centres are up to at the moment.

As well as someone from Christchurch City Council explaining what is happening here, a number of other presenters described initiatives elsewhere around New Zealand:

It’s not just separated cycleways that are being looked at; in both Dunedin and Auckland, work is also underway to design and implement neighbourhood greenways, i.e. cycle-friendly “quiet streets”. And of course, other smaller centres have also been beavering away on cycling provision, especially the Model Walking/Cycling Communities of Hastings and New Plymouth.

All up, it’s exciting to see so many cycling initiatives happening around the country (and despite the still somewhat limited funding for cycleways). It’s one thing to look at overseas places for inspiration, but it makes quite the difference to see fellow locations in New Zealand that you can model yourself on (and that seems to count for more with the politicians too…).

What do you think about some of the other initiatives around the country?

3 thoughts on “Cycleways happening around NZ”