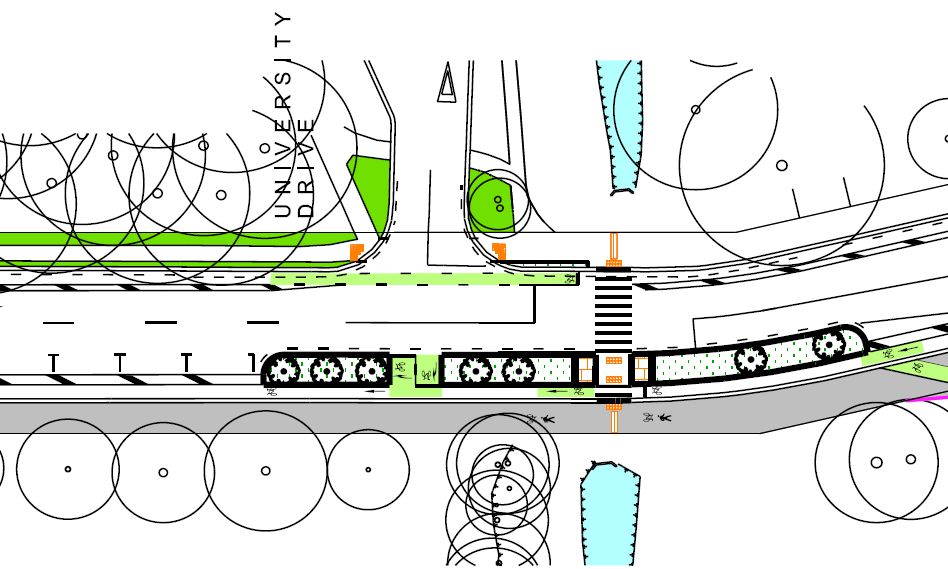 Well my last post was a bit of a grumble and a rant. But here is some more promising news to look forward to. You might recall that the City Council put out a proposed plan to do up Ilam Road near the University to improve provision for cycling and walking.

There were some serious concerns raised about the proposal by many submitters, including the University itself and Spokes Canterbury. To their credit, the Council have revised the plans to take into account these concerns and have now produced a quite different revised option for consultation.

The new layout includes a number of key features:

The proposed layout now presents quite a radical departure from traditional cycle provision in Christchurch. I’ve lost count of how many times I’ve heard someone say “why don’t they put the cycle lanes behind the parking?” Well, here it is, and generally with the fiddly details regarding safety and access well thought out.

If I had a minor quibble it would be that probably a little more “separation assistance” might be needed to keep motorists (parked or moving) out of the cycleways. Christchurch is of course already trialling some types of separators, as reported previously. I could envisage that a few regularly spaced vertical posts might make all the difference.

Submissions on this revised option close this coming Monday Oct 15th (note cut-off time is 12pm). Even if you completely support this proposal, it is important that you make a submission. This is a very different proposal to what has been before and our elected members will be understandably a bit nervous. Also, quite significantly, one side of car parking was removed to achieve the necessary width; again this can be a contentious issue (particularly around a major traffic generator like the Uni). I would like to think that the 40-odd car-parks we are talking about will ultimately be well taken care of by the much greater numbers of people now attracted to cycle along here to uni, work or school.

Submissions close Mon Oct 15th – what do you think? 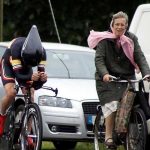