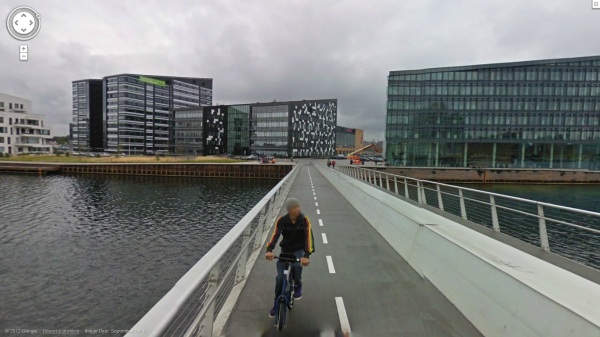 Am I missing something?  The Christchurch Transport Plan says that there’s a golden opportunity right now to create a complete high quality cycling network in Christchurch.  The graphs in the plan show a steadily increasing spend on cycling and walking.  Yet, apart from the Southern Motorway the council’s annual plan includes only $118,000 for cycling infrastructure next year and that’s to maintain existing lanes.

How can we tell what sort of budget is really needed to transform cycling in Christchurch?  At such a low level it’s pretty obvious that there will hardly be enough cash to maintain the status quo.  But can we be more realistic as to how much is really needed to create and maintain a complete, separated cycling network throughout Christchurch?  There are at least two approaches:

Let’s look at option one.  Maybe option two can be the subject of another post.  I’ve picked three locations around the world because of their high quality cycling infrastructure or at least an attempt to achieve it:

In recent years Holland has spent around 487 million Euros a year on cycling as covered on David Hembrow’s excellent blog.  That works out at about 30 Euros per person or, in NZ dollars around $48.  In Copenhagen the cycling budget for 2013 is KR75 million for new infrastructure and KR17 million for maintenance.  Working out expenditure per head is a bit harder for Copenhagen as there are some independent boroughs such as Frederiksberg which have their own budgets but a population of around 550,000 is close enough for comparison and when converted to New Zealand dollars gives an annual spend of $35.70.

Spending in London has fluctuated over the years and sometimes not all of the allocated budget has been spent.  The average annual spend in recent years has been around 100 million pounds.  With a population of eight million this converts into a per head spend in New Zealand dollars of $24.65.

While it is reasonably easy to find out what’s being spent on improving cycling facilities in Holland, Denmark, London and many other places round the world, getting at the facts in Christchurch is quite hard.  The figure of $16.1 million in the 2012/13 Annual Plan (page 49) for active transport is so all-inclusive as to be meaningless.  Fortunately Spokes has obtained a better breakdown.  This shows that, excluding the Southern Motorway, total expenditure on cycle network improvements for the 2012/13 year is $118,000 and this appears to be for “resurfacing and colour renewal”, not new tracks.  Given a population of around 350,000 this works out at 34 cents per person.

Is it fair to exclude the $5.7 million being spent on cycling and walking facilities related to the Southern Motorway?  For several reasons I think it is and besides it is a one-off which will disappear from the budgets next year.

How can the rhetoric of the Christchurch Transport Plan’s “cycle city” become a reality when the budget for new facilities to form a complete separated cycle network is zero?  At that rate of spending the number of years we will be waiting is infinity and I won’t be around then, nor will you.  Even taking London, the lowest spender of the three examples, Christchurch needs to spend $8.6 million a year to compare.  Please tell me I’ve done my sums wrong.