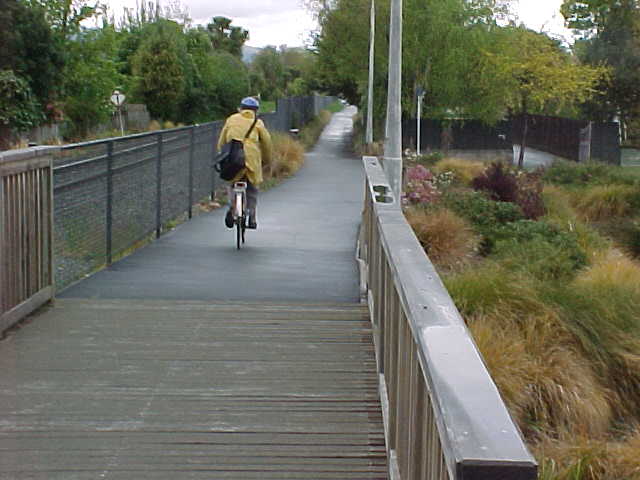 Separated cycle paths are an important part of a cycle network because they can help people get the cycling bug and to build their confidence to cycle and to manage in traffic.

My mother (currently in her mid 70s)  had some major issues with her middle ear for a couple of years.  During that time she wasn’t able to use a bicycle because she had major balance issues.   This problem did eventually improve, but by that stage she didn’t have the confidence to get back on her bike.  After moving to Prebbleton, however, she noticed the separated bike path nearby and decided that if she did fall off the bike or wobble, she would be quite safe on the bike path.  And so my she started biking  the 6-7 km to Lincoln for coffee, or to shop or to visit friends.

A couple of trips like this and she realised that she was perfectly capable of biking on the roads, so now on occasions, she now also bikes in another direction to Halswell.  These are both distances of 7-8 km which isn’t too bad for someone who was never really a frequent cyclist.

We have some great facilities such as the Prebbleton-Lincoln cycle path (part of the Little River Rail Trail), The paths through Hagley Park, the Railway cycle path from Riccarton, through Fendalton and Bryndwyr etc., and now we can look forward to the development of the Coastal Pathway.  Wouldn’t it be great if these opportunities were available to more people around our City?

1 thought on “Cycle paths – important for keeping our aging population fit and well?”