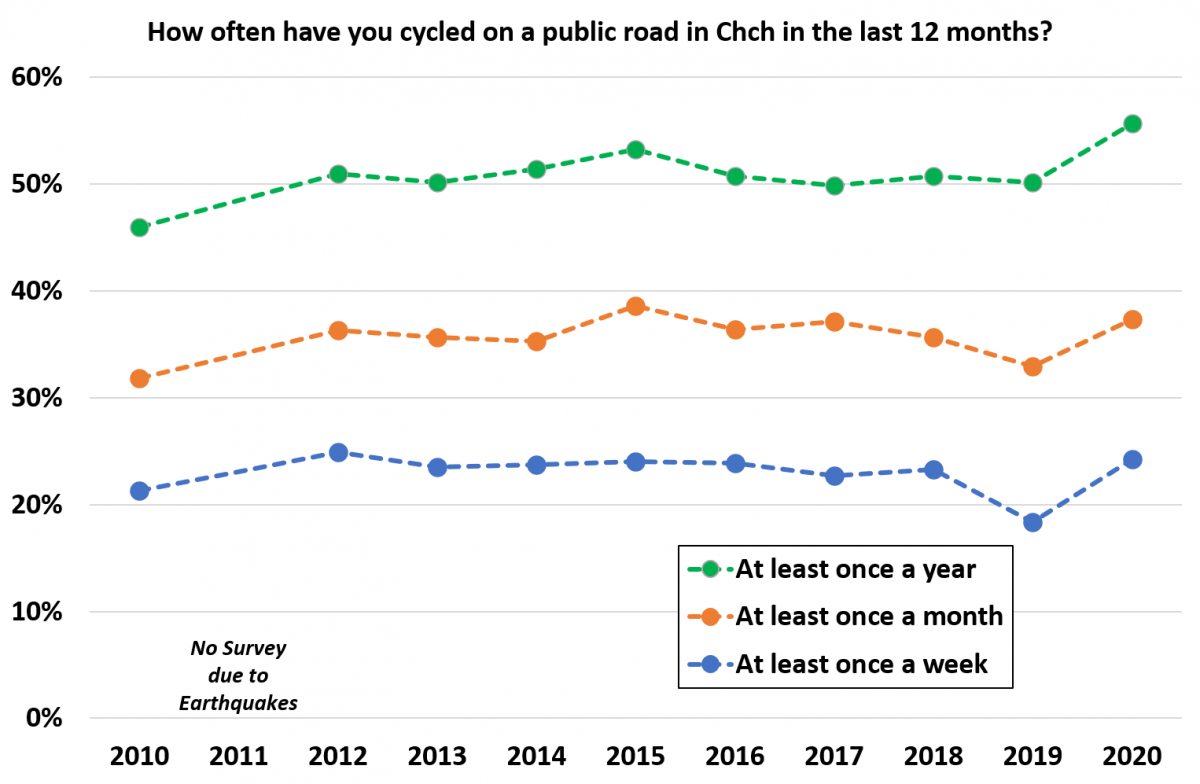 Once a year, Christchurch City Council undertake a Residents’ Survey where they seek feedback on what people think about a wide range of Council services, e.g. roading, rubbish, water. This year’s results are now out and, while the headline focus is on the drop in overall satisfaction with the Council, there continues to be good support for the cycleway programme.

The annual survey randomly questions ~770 adult residents each year (for the statistically-minded, that means the maximum margin of error for the results is +/-3.5% at a 95% confidence level). Regarding cycling, the first question asked is “overall, how much do you agree or disagree that Christchurch is a cycle friendly city?” As you can see from the plot below, over 60% continue to agree (or strongly agree) that it is, which comfortably meets the Council’s own target. 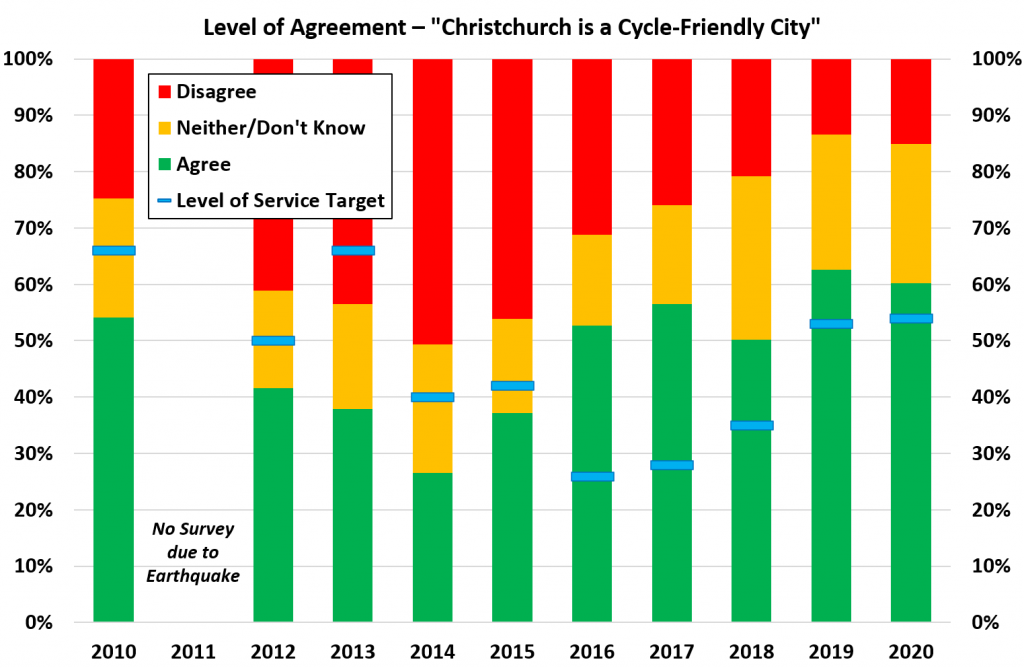 The next cycling question asks “how often have you cycled on a public road
in Christchurch in the last 12 months?” Again, the figures come through strongly, with over half of the respondents having cycled in the past year, over a third typically at least once a month, and about a quarter at least weekly. The upward trend from recent years is also encouraging. 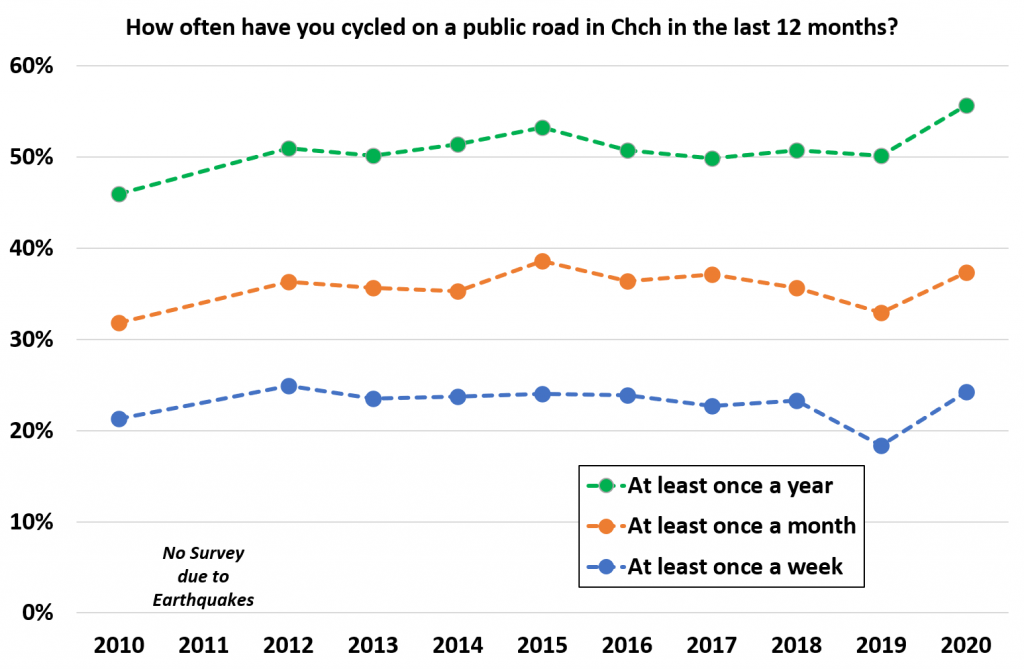 Perhaps not surprisingly, frequent (at least weekly) cyclists were significantly more likely to agree that Christchurch is a ‘cycle friendly’ city. Under 25’s were also more likely than their older counterparts to rate Christchurch as cycle friendly (>70% agreeing) and to cycle more. Encouragingly there was virtually no differences in cycle-friendly ratings between genders (in fact, women were slightly more positive); however, we still have some work to do to increase the proportion of women cycling relative to men (e.g. 45% of men biked at least monthly vs 29% of women).

That’s not to say that it’s all perfect either; in the optional comments on where Council could improve, there were ~60 specific comments about cycleway improvements, including “Make more user-friendly/ Less obstructive/ Safer”, “Clearer delineation between cycleways/ road lanes” and “Ensure cycleways on arterial roads/direct routes”. But then there were also over 40 respondents praising the good quality and availability/numbers of cycleways.

Despite all this, it’s perhaps not surprising that some of the commenters venting on Council’s Facebook post about the Survey in general directed their ire at the cycleways programme (including the rather spurious claim that the cycleways had cost a  billion dollars…). No matter, haters gonna hate; I’d rather keep being encouraged by the overall strong support for what the City Council are doing for cycling in recent years.

What do you think of the Council’s survey results?