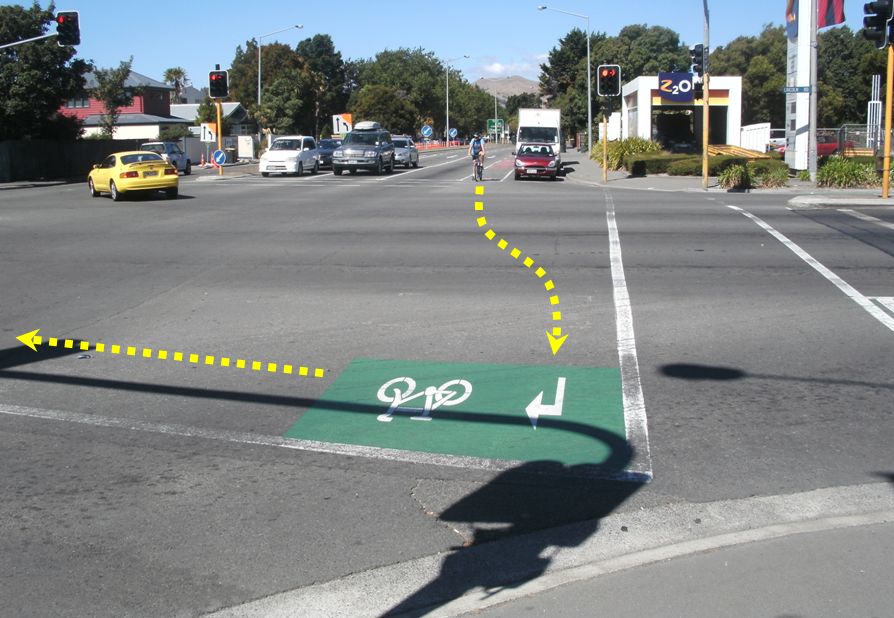 If you do get out and about on your bike over this Easter weekend, you might come across a few of these handy green boxes at intersections. Back in Mar 2013 when I originally posted this, hook turns were still relatively new to Christchurch, let alone the country. Now you can even find national design guidance on them…