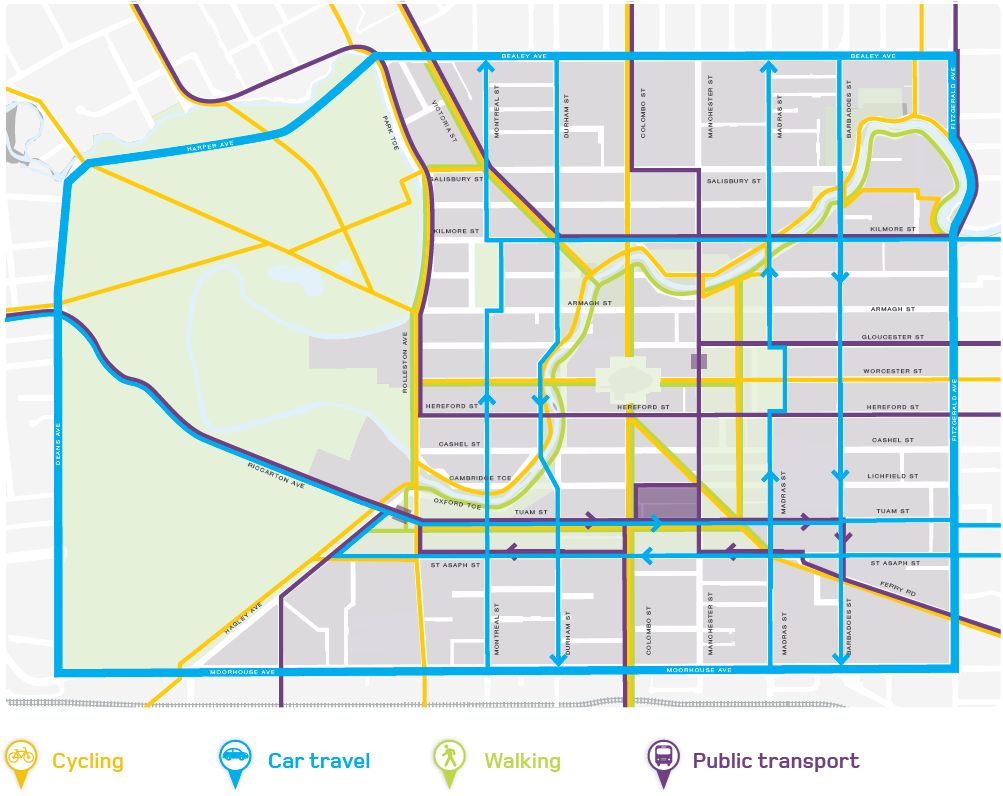 If you think about all of the features of the new central city (including the “controversial” ones like St Asaph St and the 30km/h speed limit…), then they had their genesis in a transport plan released seven years ago by a Government-appointed agency (some might argue that this was inspired by an earlier plan proposed by Danish urban designer Jan Gehl, which had been quietly shelved before the quakes…). This grand vision saw a rebuilt city centre that provided a much more multi-modal palette of options and a few dramatic changes in the pre-quake transport network. Back in Nov 2012, we reported on the draft plan out for consultation and its implications for biking in Christchurch…

Has the draft Transport Plan materialised as you expected?

1 thought on “Flashback Friday: Will Christchurch be an Accessible City for Cycling?”