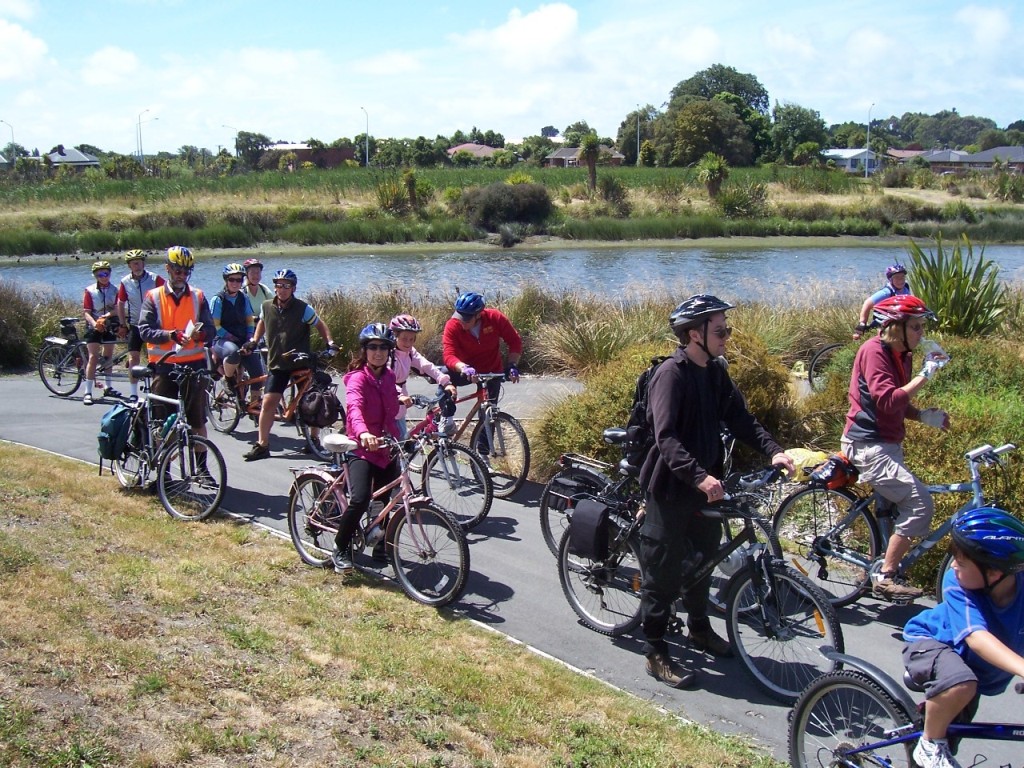 The battle cry “what about fixing the East?” has been a constant in recent years since the earthquakes. While a lot of it seems focused on the state of the roads (despite over $1.2 billion having already been spent on the pipes, roads and other “horizontal infrastructure” in eastern suburbs), some local groups have also looked for opportunities to develop other community initiatives. This post, from Aug 2012, summarises some of them and it’s been interesting to watch the relative progress of these efforts since then…

In between these two initiatives, there are other possibilities as well for cycling. The Linwood Village Master Plan has just been approved by Council, outlining how the damaged area around Stanmore Rd and Worcester/Gloucester Sts will be rebuilt. It includes new cycle lanes/parking and textured surfaces to create a slower environment, although oddly there’s no mention of a lower speed limit that would suit this suburban shopping area well. Given the grid nature of the road network in this area, I wonder whether a Neighbourhood Greenway would also be a great way to connect this part of town with the central city to the west and Linwood to the east {and so it came to pass with Rapanui Stage 1! – Ed}.