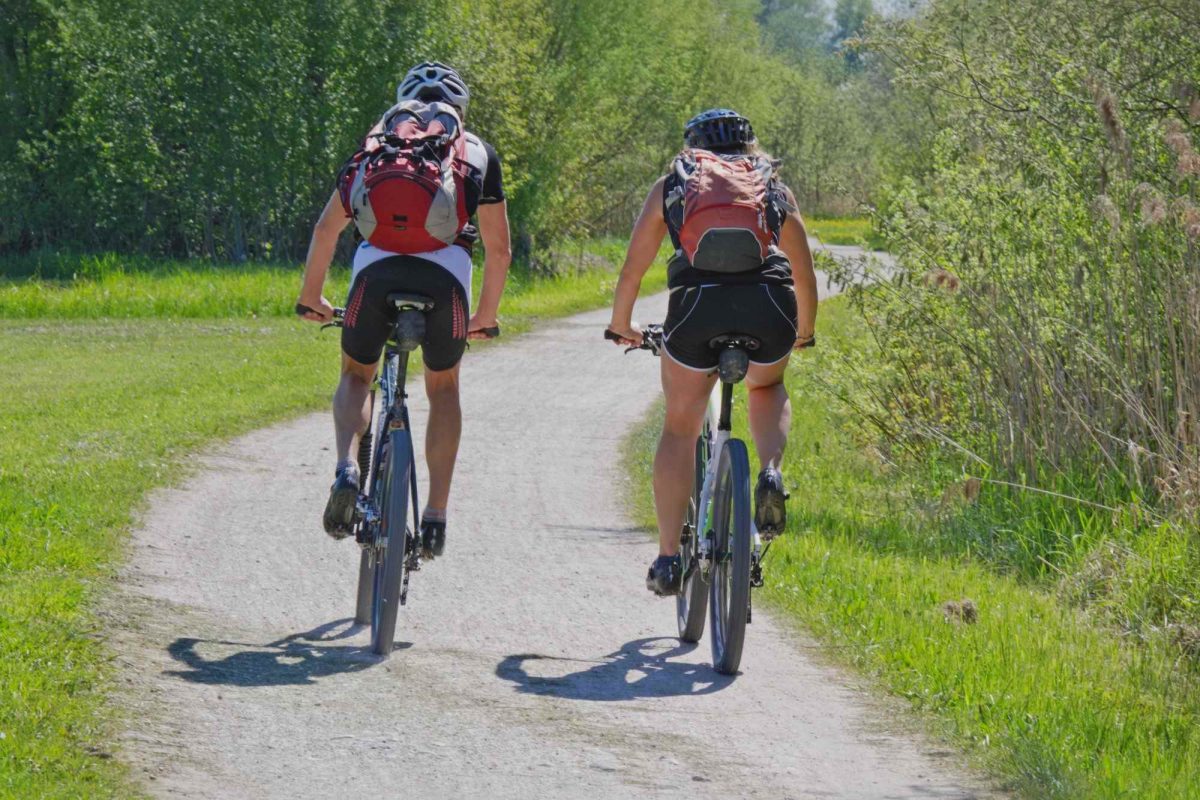 Here’s some great insights from Evan O’Donoghue of the City Church of Christchurch (original post):

I ride a total of 20km to and from work every day – rain, hail or shine. That’s about 4,600km a year, or the equivalent of cycling the length of New Zealand twice, and then some.

I’ve been doing this for six years now, and during that time I’ve learned a thing or two about cycling in Christchurch.

Whether you’re considering riding to work, shops, church, university, or for general recreation and fitness, here are my top 10 cycling lessons.

I don’t want to start on a negative note, given the overwhelming benefits of cycling, but safety is a genuine concern for many. Accidents happen, and most people tell me it’s their number one inhibitor to riding. They just don’t feel safe cycling on the road.

Well, after three years of cycling to work this was my reality…

Amongst countless near misses, I was averaging a collision with a vehicle once a year.

Trust me, they were not my fault.

Two accidents were minor, but the third was a game changer. I spent the night in hospital with two broken ribs and a suspected punctured lung when a driver abruptly turned left in front of me without checking their blindspot.

Crunching the numbers, I calculated I had a 1 in 230 chance of being hit. As a married father of two, the risk was simply too high.

I owed it to myself and my family to think of a solution, but what, considering none of these accidents were my fault?

The answer… I now ride an extra 4km a day (2km each way) to keep off the road, using an indirect series of connecting cycleways that stretch from Redwood to Christchurch Central.

I’ve been doing this for three years now, and in that time I have not had any accidents.

Sure, it might take a couple of extra minutes on the daily commute, but it’s worth it given the results.

According to the official New Zealand code for cyclists (yes, I’ve read it), the ‘door zone’ is, “the space into which doors [of parked vehicles] can open unexpectedly in front of you.”

The NZ Transport Agency recommends you, “Never ride in the ‘door zone’ when cycling past parked cars. Allow at least one metre between you and a parked car.”

It goes on to say, “Once you have passed the parked cars and it is safe to do so, move left to allow the following traffic to pass.”

I recall cycling down Colombo Street on one occasion, keeping clear of the ‘door zone’ over a brief 50 metre section. If you’re familiar with the street, you’ll know it’s very narrow at times.

A car behind me beeped, gesturing at me to move over, despite a red light ahead and a need to stop anyway.

Being aware of the ‘door zone’ probably would have resolved his frustrations.

I recently turned 40 and was determined to get a full medical check-up to make sure everything was in order.

The doctor took my blood pressure, and while I don’t recall the exact reading, I do remember what he said next, “It’s good. Consistent with someone who cycles a lot”.

For someone like me who sits at a desk all day, cycling is a great way to stay fit and healthy. I feel better about myself, and don’t tire easily.

Generally speaking, my immune system seems stronger. I used to be the first in the family to get the common cold or flu, but that’s rare now.

We all know cycling is cheap, but let’s take a closer look at the numbers.

Over the same period, I would have spent over $2,400 taking the bus.

For a one-car family like mine, we’re additionally saving on the cost of purchasing and running another vehicle. The savings are obvious.

There are loads of cycling, health and fitness apps available, but I periodically use Strava.

Apps like Strava provide great analysis of your journey, but it does come with a warning. Don’t get too carried away with your personal performance results. Keep your eyes on the road and ride to the conditions.

I never had an accident using Strava, but I did find myself becoming impatient (I was trying to clock a new personal best). I learned to turn it off and enjoy the ride.

I’m not sure how, but I managed to go my entire life without having to change a tyre (bike or car). That was until I started cycling to work every day.

Perhaps it was the law of averages, but all of a sudden I was getting a puncture every few weeks.

On one occasion, I had a tyre tube replaced and within 2km I had another puncture.

My advice, spend a few extra dollars and buy puncture resistant tyres. You won’t regret it. It will save you a small fortune and a lot of hassle in the long run.

This was never really on my safety radar until I had my first mishap, innocently overtaking on a leafy asphalt pathway. My wheels suddenly collapsed, sending me crashing to the ground.

Riding in Christchurch, chances are you will one day ride over a pile of wet leaves. My tip, lower your speed and maintain a straight trajectory. Do not peddle or pivot the bike. They’re slippery as ice and best avoided if possible.

8. The art of staying warm when cold & cool when hot.

There is a subtle knack to cyclewear that goes beyond the immediate climate conditions. The challenge is to stay warm when cold and cool when hot as your workout heats up.

In Christchurch, you’ll often ride in cold conditions, but it isn’t long before you find your rhythm and your body temperature rises.

Your clothing needs to adapt to these contrasting conditions, and the good news is, you don’t have to spend a small fortune on the latest cyclewear technology to solve the problem.

Initially I bought a beanie to keep my head and ears warm for those frosty Christchurch mornings. Sure, it was great at the beginning of my daily commute, but eventually I’d have to take it off, adjusting the straps on my helmet on each occasion.

It wasn’t an efficient solution, so I began to experiment.

In the end I settled on a plain $2 bandana I found in the local bargain store. It’s thin, which means I don’t need to adjust my helmet, and it does a fantastic job of regulating my body temperature.

Zipped sweatshirts are another great option, as you can simply zip them up and down to adjust airflow.

There’s strong debate these days regarding the quality of drivers and cyclists. Many pick a side, sharing stories of woe they’ve personally witnessed from either party.

According to a 2017 report from the Ministry of Transport in New Zealand, cyclists are primarily responsible for just 19% of all collisions with a vehicle. A whopping 70% of these accidents are caused by the driver, while the remaining 11% is shared.

I’ve witnessed some absolute doozies from drivers and cyclists alike.

We all make mistakes, and while it’s the cyclist who will tend to come off second-best in a collision (regardless of who is at fault), I’ll confess I’ve made some blunders of my own.

On a positive note, I can categorically say cycling has made me a better driver. I’m more vigilant behind the wheel and considerate of others, especially cyclists. It’s not easy for them out there.

10. The number of people who cycle in Christchurch is surprising.

Every morning I pass a cyclist counter on the Antigua Boat Sheds footbridge. I’m not sure how it works, but it manages to differentiate between pedestrians and cyclists, counting the latter with accuracy.

The daily volume recorded approximately 280 cyclists through winter by the time I reached it at 8am. This number has since swelled to 340 in spring, with more likely in summer if the trend continues.

Over 180,000 cyclists have been counted at this single point from January to November.

Official figures from the 2018 census will be available in 2019, but according to 2013 data, there were about 9,000 people in Christchurch that cycled to work. I anticipate this number to be much higher today, based on increases I’ve observed and post-quake infrastructure improvements.

It takes me 30 minutes to ride to and from work each day. I find it’s a great time to clear my head, reflect on the day and pray.

Over the years I’ve seen some spectacular sunrises and sunsets. I never grow tired of it, taking in the grandeur and majestic artistry of our creator.

Give cycling a go. 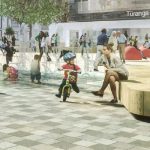