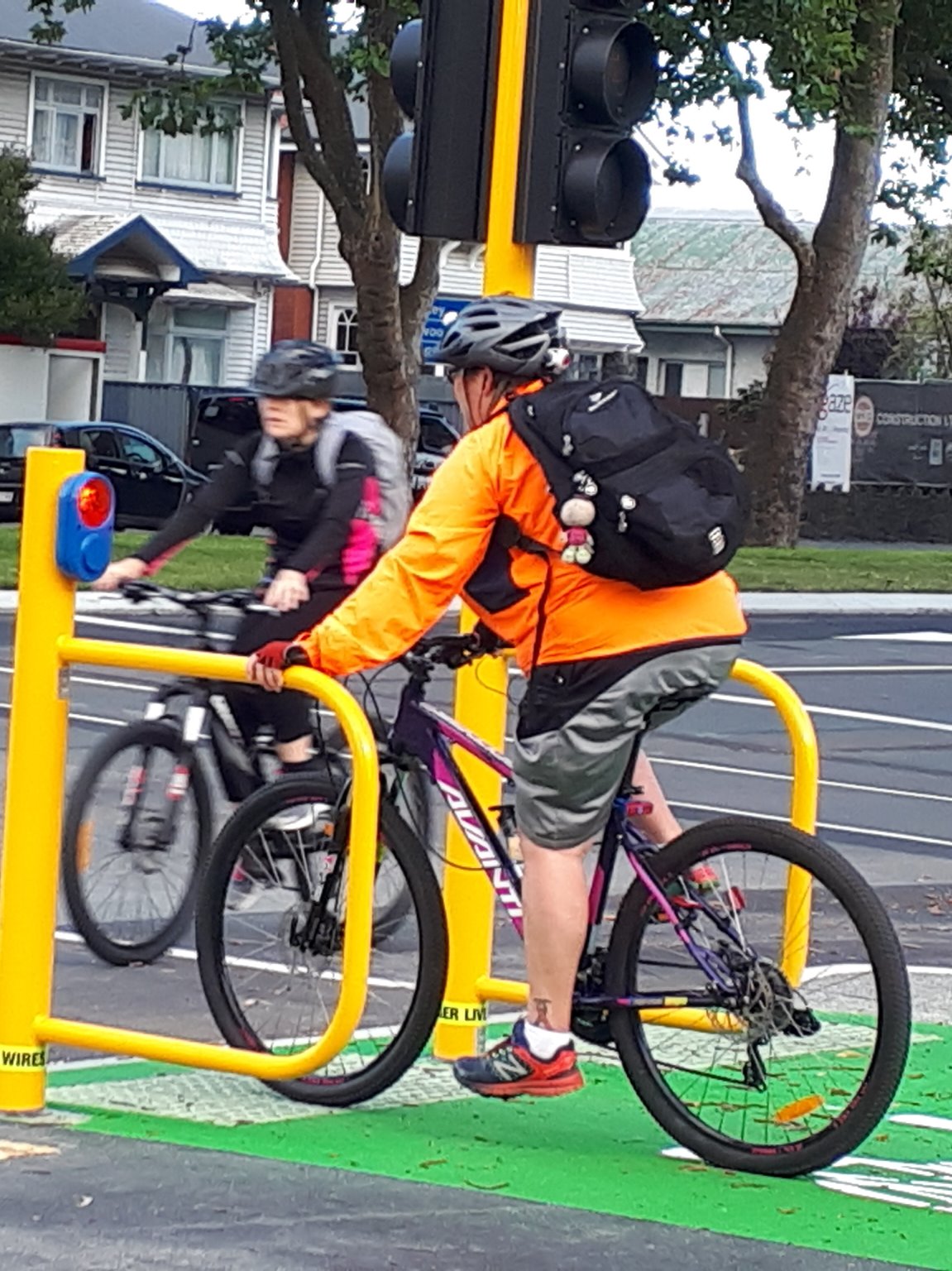 So not exactly the quickest build of the Major Cycleways so far,  nor the longest or the most expensive, but nonetheless an important route in the stable of cycleways;  one to link the east (and south-east eventually) with the CBD and beyond.

Rapanui / Shag Rock Cycleway came out of the starting blocks with a bit of a handicap. Unlike the leafy flat southern suburbs where the percentage of people who already ride bikes has been the highest in the city, this area is carved up by busy bike-unfriendly streets (Stanmore Road,  Aldwins and Buckleys Road, Linwood Ave and Avonside Drive). Many residential streets  however are quite wide and relatively free from rat-running traffic when compared to say St Albans.

Major intersections have always been the problem. Of course there is no Hagley Park handy either to get started on.  The route is only half complete at present. Twice consulted on, the amended initial route became controversial during development due to the seemingly convoluted path through Linwood which ‘no one’ ever rode a bike on anyway. Add to that the removal of some “close to my house” on-street parking niggles, the huge disruption and expense to improve streets that had ‘nothing wrong’ with them  and to cap it all off, an obstacle course of humps, bumps, chicanes, and paving  to make it as ‘dangerous as possible’ for everyone.

Worcester Street is now closed to through-traffic at the Fitzgerald Ave intersection, to enable improved safety for cyclists and pedestrians wishing to cross and a better service to traffic flow along Fitzgerald Ave. Another reason for opposition.  Even some regular cyclists were scathing of the ‘over-engineered’ mess, vowing to never use it.

No need to read the stories, the headlines sum it up quite well. {Yep, neighbourhood greenways are still a hard sell in New Zealand… – Ed}

It became clear quite early on in the count that there were plenty of bikes crossing through Fitzgerald Ave at Armagh and Gloucester Streets to the north and Hereford and Cashel Streets to the south. So I began counting the ones spotted. 82 bikes were observed. This number would doubtless be higher; it was just not possible to have eyes in all directions at the same time, and it was the cycleway intersection that took priority, obviously.

This confirms that going by A to B by bike involves a balance between the direct route, and hence convenience, versus the perception of safety and user experience. We all have our reasons for the particular route taken. For anyone heading west to the hospital, Westend or CBD south of the Square,  Hereford St is a fast direct route anyway, and very rideable if you do not mind some traffic to share with.  Using Worcester Street becomes crazy difficult if wanting to continue on from Manchester Street to Rolleston Ave. {although Rauora Park now provides a few more options – Ed}

Being early days, and remembering the cycleways are designed for those who would not normally ride a bike but could be tempted if the experience was pleasant enough, I expected numbers to actually be lower.

To conclude, a couple of observations:

Have you used the Rapanui cycleway? Do you notice many others? 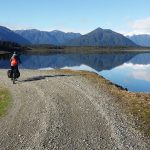 Last week I spent a few days on the West Coast of the South Island checking out the West Coast Wilderness Trail, one of the ...
Read More...
3 June 2018 / LennyBoy