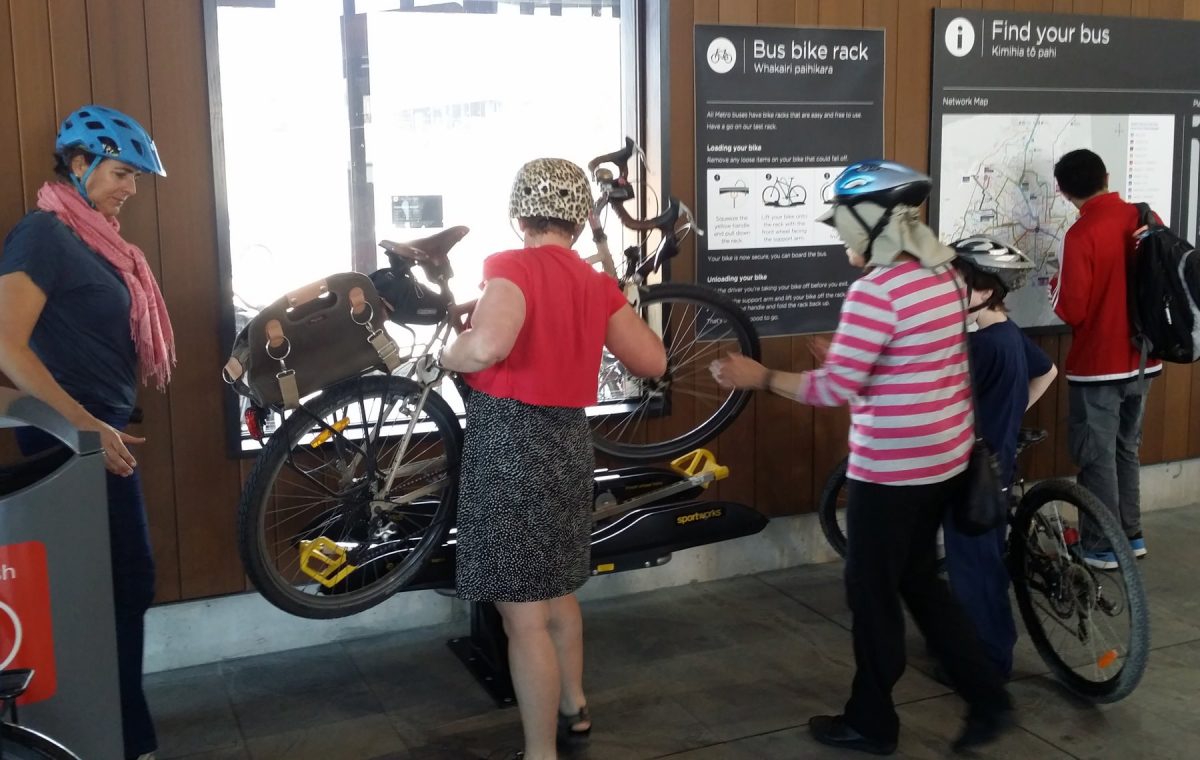 Bike racks on the front of buses are becoming a familiar sight around the city, particularly now that they are standard on all Metro services. I’m seeing a fairly steady level of usage on the buses travelling around town, but I also know that the idea of using the bike-racks is a bit daunting for those who’ve never tried them before and are worried about getting it “wrong” or taking too long. Occasionally there has been the opportunity to practice on a bus provided for some event (e.g. 2015’s CAN Do workshop), but there was never a permanent place for trying it out.

Fortunately Environment Canterbury has taken heed of this concern and recently installed a “practice” bike rack in the Bus Interchange near the bike parking area. Exactly like the ones on the buses, you can bring in your bike and have a go at getting it secured in either the front or back slots (there’s a poster alongside that shows you how it works). As part of a recent Spokes Canterbury ride, some of the participants had a go at trying it out:

If sustainable transport options are to successfully compete with the traditional car, then integrated transport solutions like bikes and buses together are an important ingredient. Hopefully this rack will make it a little less daunting for those who are trying out this combo for the first time.

Have you tried out the practice bike rack at the Bus Interchange?