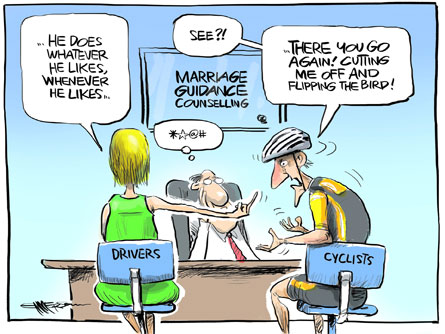 So, like most people I’ve tried to spend the last few weeks enjoying summer and thinking of nice things like going for fun bike rides. But the good ol’ media, bless them, never sleep in their quest to remind us that cycling is actually a terribly dangerous thing (and those who do it are just freeloading scofflaws probably wearing lycra…). 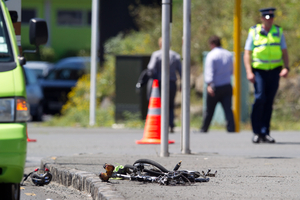 As we went into the New Year, Fairfax decided to let us know that cycling is actually “hell on two wheels”. Yours truly was interviewed for this article and asked how road users (on both sides) could reduce the chances of getting into a crash. But, as I also reminded them, the odds of actually having a crash in the first place are actually very low. Funny how that information gets tucked away near the end and bearing little relationship to the heading…

And then into the New Year we sadly had a person killed while cycling in Auckland. Now, just for context, this was the first cycling fatality in NZ in six months. But The Herald decided that was the cue to start a concentrated series of articles “aimed at enhancing road safety, reducing the risk to cyclists, and improving relations between motorists and riders”. From the resulting output, I’m not sure that they achieved the desired outcomes…

In just over a week we’ve had about 20 articles, including the following:

Not surprisingly, given the chance, the trolls were out to feed the comments on these articles. And while newspapers at least try to remain reasonably balanced, some bloggers and their readers got incredibly rabid at those “blimmin’ cyclists” (no, don’t look if you want to retain your innocence…). It’s ironic too that, at the same time NZTA has come out with a new safety advert pointing out that people shouldn’t pay for mistakes with their lives, many commenters have been quite quick to say “you break the rules, you deserve what you get”. Kudos to Cycle Action Akld for pointing out the more productive ways to tackle this problem.

In amongst all this, Fairfax just happened to think it was an opportune time to run a story, citing the cost to ACC of all those cycling crashes. The implication was that the costs were on the rise (getting more dangerous?) – in the printed version of The Press they even used the word “skyrocket” in the heading – although as was pointed out to them, it could just reflect more people cycling. Meanwhile a few more will just see it as evidence that “cyclists don’t pay”, even though we’ve debunked that myth previously.

Because most of this attention has been based in Auckland, you may have missed much of the controversy. It also seems to me that, partly thanks to our existing higher proportion of people cycling here, both the media and the general public in Christchurch tend to have a far less hysterical reaction to cycling issues (“people cycle – big deal…”). Nevertheless, The Press is still guilty of often looking for the “danger/controversy” angle, even when there isn’t one – no doubt as the cycleway rebuild gets into full swing they’ll find a few more axes to grind…

What do you think of media coverage of cycling?

11 thoughts on “Cycling Safety and the Media”