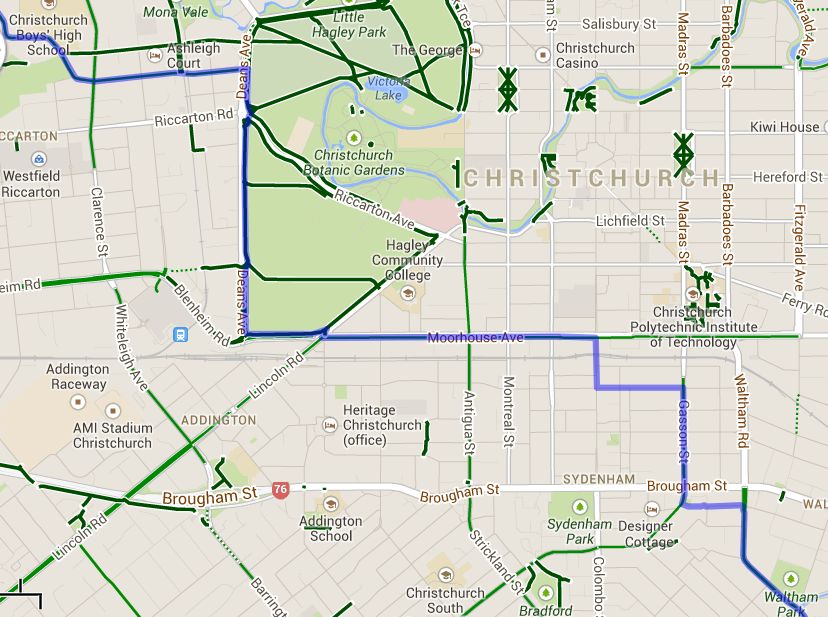 Luckily you can report any problems directly to Google to fix up, or you can even try to resolve them yourself using Google Map Maker (e.g. I went and added the missing link on Tuam St). The end result is that my actual route is only 9.7km (vs the originally suggested 10.5km), including Tennyson St cycleway and the Hagley Park paths. I’d suggest that you try out a few different options using Google Maps and then perhaps compare them on the ground.