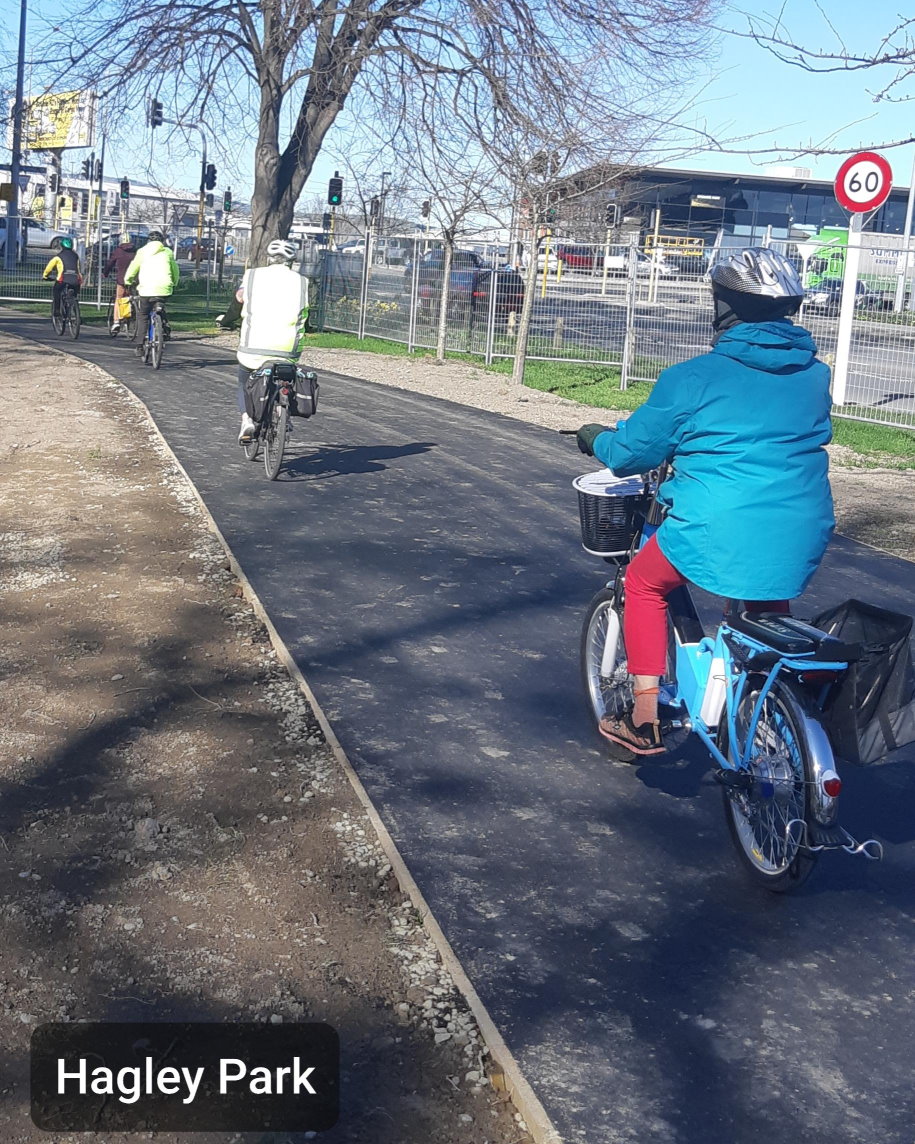 November 18th 2020 was officially the 3rd birthday of our slow and social riding group based in St Albans. Celebrated at Abberley Park Cottage with a sumptuous lunch of roast lamb and salmon, prepared by the St Albans Residents’ Association, it also marked another year of growth and development for our eclectic local group of riders. 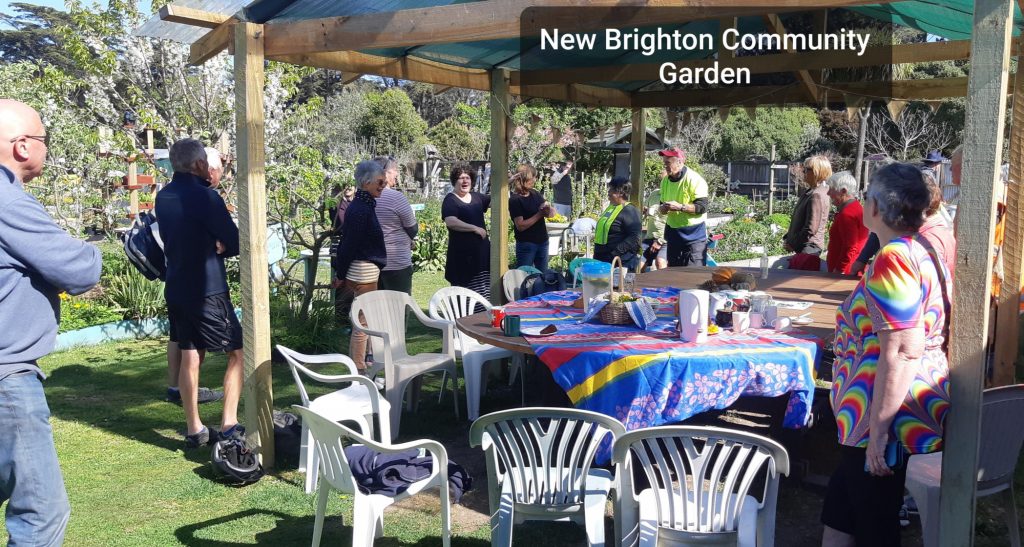 2020 began with the bold move to ride every week, instead of fortnightly. This eliminated the publicity uncertainty about which Wednesday the rides were actually on. It also eliminated the dilemma arising from a weather cancellation. Ride the following week? Or keep to the same 2-week cycle and risking interest loss if there was a 4-week gap. The decision to cancel the ride if the weather was threatening and meet up at a café instead became much easier.

This proved popular, as many enjoy the weekly contact, ride or no ride. It was expected that doubling the number of rides would reduce the numbers attending each week down to a level of an easily managed group (12 or less) The opposite happened; what was a fortnightly ride for 10 to 20 people has become a weekly ride for 15 to 25 people.

It seems that the key to getting people along is to provide a varied and interesting number of rides to all parts of the city that are pitched at a level that most ages and abilities can enjoy. What began as a few easy rides (10km to 15km) mostly along major cycleways has developed into a catalogue of 48 different rides, most of which are 20km to 30km. As each new path or cycleway is completed new areas can be opened up for a visit. Our group of 45 now have the choice of all city areas (on the flat) meandering through areas the first time (for some) despite years of living in Christchurch

How does a particular route become popular? 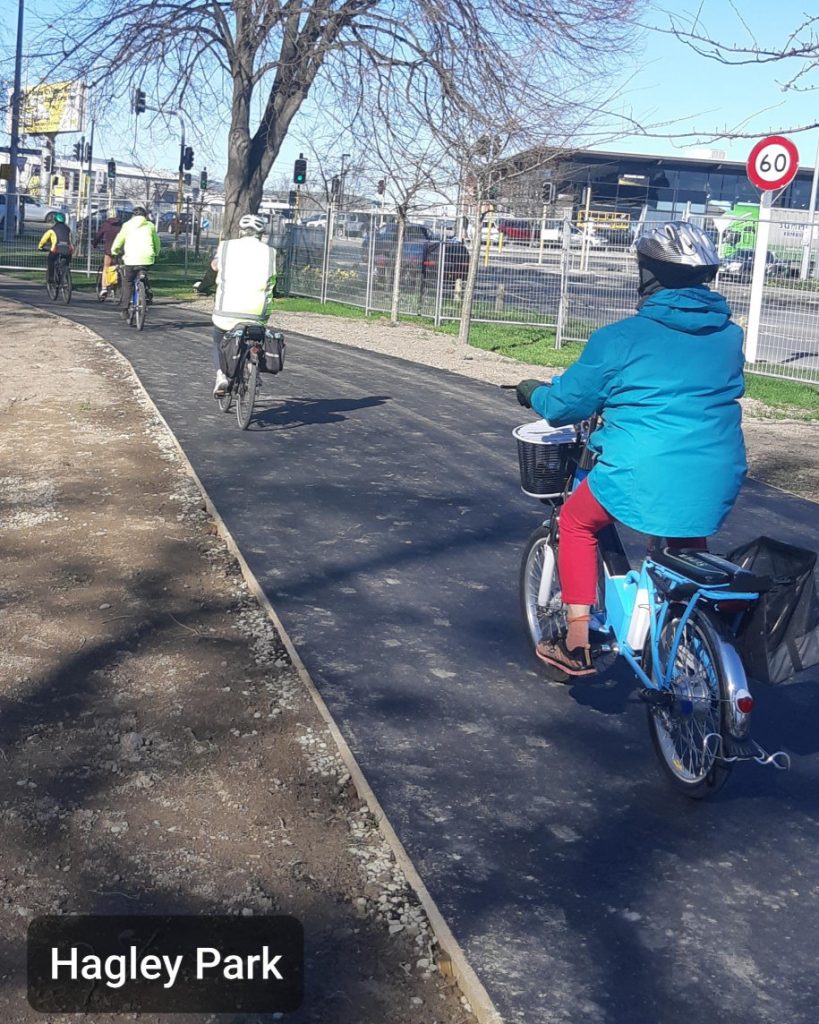 Critically the first point is to avoid busy signal-controlled intersections with more than one vehicle lane each way unless there is cycle infrastructure treatment. Many busy roads can be crossed safely from minor roads without signals, providing there is a pedestrian refuge or wide median strip and preferably if there are reliably long gaps in traffic flow. Careful route planning is crucial.

Next up is to add the sociability factor. Going to areas that include some wider quiet streets or paths for a good part of the journey are always appreciated. The Red Zone and Heathcote River roads are the best examples. The Northern Arterial shared path is going to become another winner.  Important also is to include routes that have a mix of parks and reserve paths, with quiet streets and alleyway linked culs-de-sac opening up interesting suburbs some riders may have never been before.  The quiet areas of Redwood Springs, Northwood and Regents Park fit this category perfectly; however, most suburbs have their own hidden treasures and good riding. {You can find out about some of them in our suburban biking guide – Ed}

Such rides can be complicated to navigate, and success depends on the number of leaders who know the route. Getting a little lost is not a common occurrence, but it happens. Part of the adventure…

There needs to be the occasional challenge. This is where the Estuary Tow Path and some areas of the Red Zone have a role. Surfaces and conditions can be tricky; taken slowly and with support from more confident riders most levels of riding skill can be accommodated. Skill is developed when riding in a group; avoiding others in the group is as important as being very wary of traffic.

It has been necessary to split into two groups more frequently.  This is particularly important at the start of the ride where there is likely to be a series of traffic light intersections to begin, some of which have short green phasing for bikes. The temptation to sneak across on the amber seems to be greater when warming up at the start. By mid-journey relaxation has set in. There will always be another green light.  We will sometimes regroup after splitting, then split again to go to two different cafés (to avoid long queues and seating issues). Occasionally the groups will split at the start and each do a route counter-clockwise to the other.

Initially our rides were without a café visit; this has now become an important part of the morning out. Coffee is not exclusively the domain of those who ride a bike whilst wearing lycra! This past year alone, 25 different cafes have been visited, all but one independently branded. A review of how successful this component of the rides has become would require a separate post. Suffice to say Christchurch has some wonderful cafés.

In 2020 five rides were washed out due to the weather (café instead) and nine cancelled due to the Covid lockdown. Some short socially-distanced rides did take place by 2 or 3 riders following exercise guidelines. A total of 39 rides took place, officially involving 515 riders covering 11,433 km.

2021 promises to be another great year for the Wednesday Wheelies!

2 thoughts on “Wednesday Wheelies – 3 years of riding and learning”