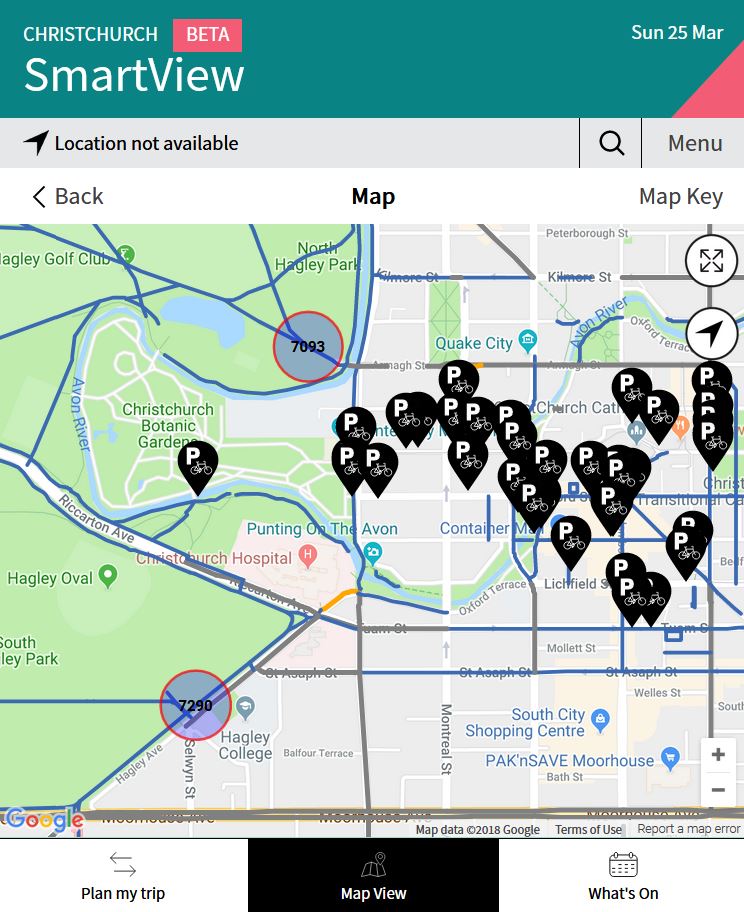 Anytime that cycleways are discussed around Christchurch, it doesn’t take long before someone pipes up and claims that they never see any (or many) people using the new or previous cycleways. I always wonder just when, where and how they are looking because, from my perspective, I continue to see a steady stream of people biking around the city. As I’ve also pointed out before, there is also often an optical illusion between what you see and how many people are actually riding during a typical day.

A philosophical debate with people about different opinions of cycling usage isn’t much help though if you’re just coming from differences of perception. What’s more useful is actual counts of cycling numbers from various locations around the city. While people like our friend Robert can do manual surveys at various places, I don’t imagine that he wants to stand somewhere 24 hrs a day, 7 days a week, to collect data over a complete time period. That’s where automated cycle counts come into play.

There are two main ways that cycle numbers are automatically captured in Christchurch:

OK, so having collected this data, when can we see it? Apart from those of us who know a Council staffer or two who could pass on some data, getting up-to-date cycle counts for Christchurch has been rather tricky. Some traffic count data (including bikes) is available on the CCC website, but it’s a bit clunky and varies as to its currency.

Fortunately now there’s an easier way to see cycle counts around the city, using CCC’s new SmartView website (hoping this will be made into an app some time too). Amongst the many layers of information in this very useful tool, is information about the average weekly bike counts at key count sites (not entirely sure why they show weekly counts rather than just average daily counts, which would be easier to comprehend). So now we can see for example that both the Uni-Cycle through North Hagley Park and the Little River Link in South Hagley Park saw over 7000 riders in the last week (or >1000 per day). For anyone who wants to use the data for their own application, there’s even a live feed.

Maybe in due course, we might also see a live “totem pole” display along one of the cycleways, so that everyone can see immediately how many people are riding there. But at least for now you have a resource that you can point to when someone says “no-one ever cycles in Christchurch”…

Have you used the new SmartView site yet?

11 thoughts on “Yes, there are people who cycle in Christchurch – plenty!”