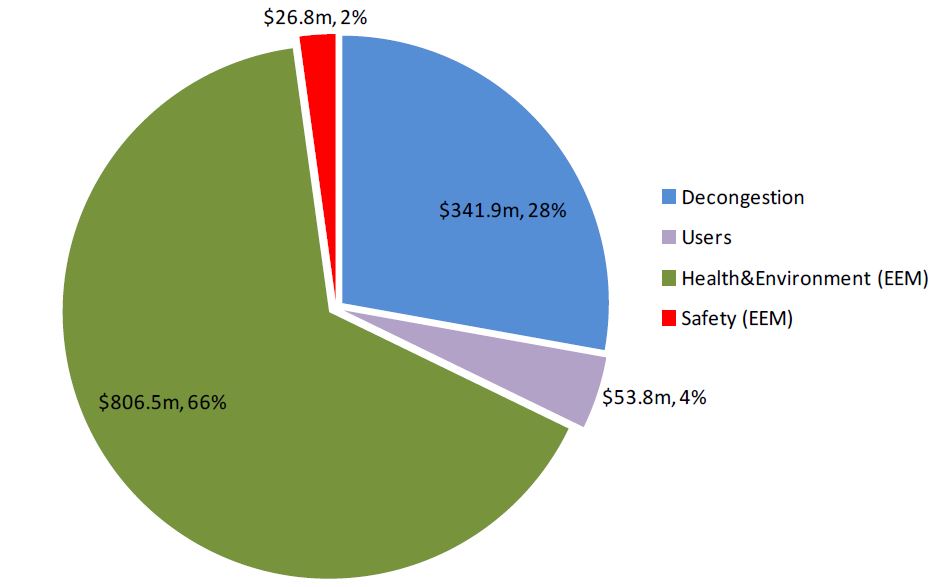 Expenditure of public money sometimes brings out some very odd understandings of how the system works. For example, recently one local Councillor (ironically a chartered accountant) was claiming that scrapping a $20 million local cycleway would enable some petrol tax savings (rather than just being spent on the next project on the national list, which is how it actually works…). It brought to mind the attempt seven years ago, by two economics/finance academics no less, to claim that the entire Chch cycleway programme had a negligible benefit/cost ratio. It didn’t take much effort to see the holes in this “analysis”, which is what a number of transport economists found. This blog post (originally from May 2015) is a reminder that, even at double the cost, the growing cycleway network in Christchurch is a great investment…

Earlier this year, we brought you information about the economic assessment done of the Major Cycleway Programme by external consultant transport modellers QTP. Although many conservative assumptions were made, the total benefits were still considerably higher than than the $160m costs, by a factor of at least 7:1 – 8:1.

You may have seen an item in The Press a couple of weeks back where a Canterbury University finance professor and his PhD student questioned the analysis and, doing their own critical evaluation, reduced the benefits of the Major Cycleways programme back down to about 1:1 – 2:1. If the professor wanted to get people’s attention, then getting it all over the front page of the paper certainly achieved that (why do the media look for any potential controversy about cycling, regardless of the merits?). However, reading through the critique, my “BS radar” certainly was flashing bright red. Discussions with a few transport/economics colleagues (including the original consultants) certainly confirmed I wasn’t the only one finding problems with the critique.

{Disclosure: I work for the same esteemed academic institution as our finance friends, although I note that they didn’t seek advice from any of the transport academics who would be well placed to comment on this project…}

One of these colleagues was good enough to prepare a “critique of the critique” on Transportblog, which nicely captured a number of key concerns. I don’t really need to repeat it all again (read it for yourself), but I will just reiterate a few main points:

Overall, I wouldn’t be taking much notice of this critique (and I know that CCC and NZTA aren’t losing much sleep over it either). The Major Cycleways programme has a strong business case economically, and also has strong public and political support, which counts for a lot too.

What do you think of the re-evaluation of the Major Cycleways?