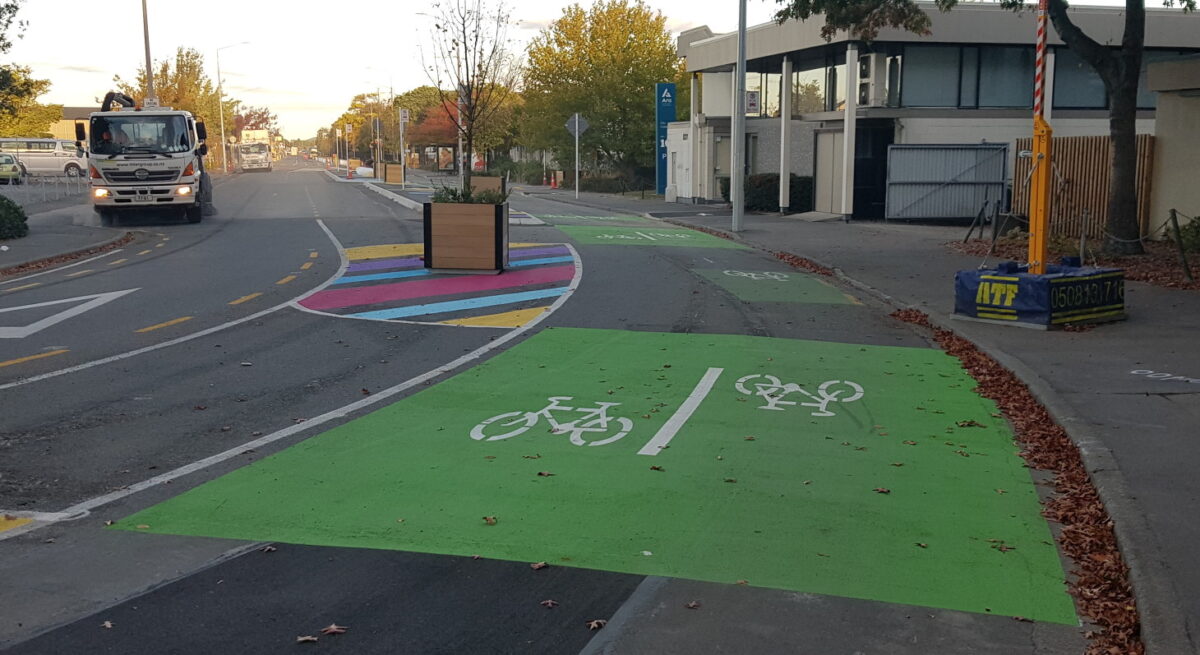 Many locals will recall the efforts roughly a year ago to install a bright “pop-up” separated cycleway along Ferry Rd, connecting the Heathcote Express at Fitzgerald Ave with the St Asaph St cycleway. In a matter of weeks, a relatively low-cost trial layout was installed featuring a combination of flexi-posts, paint, planter boxes, “wave” barriers, kerb islands, etc to separate riders from the adjacent traffic (which was also slowed down to 30km/h).

The project was one of a number of “Innovating Streets for People” pilot projects funded around the country to test out developing quick and inexpensive ways to make areas safer for walking and cycling. Ferry Rd was one of four funded in Christchurch.

Unlike most conventional consultations, where the public get to “Have their Say” and then it is built, this one flipped that around. The cycleway got built first, and then people could try it out and give feedback on what they liked or didn’t like. Initially trial feedback was due by the end of January, but that has now been extended to Fri April 1st. As well as standard feedback via the online form or email, there is even an online map where you can tag your thoughts along the street.

The community feedback will be used to inform next steps; for example perhaps making all/some of it ongoing using permanent materials. I’m certainly enjoying having that connection there for many of my rides in the area (although I could certainly do without the speed bumps near the driveway…). If you have some thoughts, good or bad, about the Ferry Rd connection, then Have your Say now!

Do you like the trial cycleway along Ferry Rd?

2 thoughts on “What do you think of the Ferry Road trial so far?”