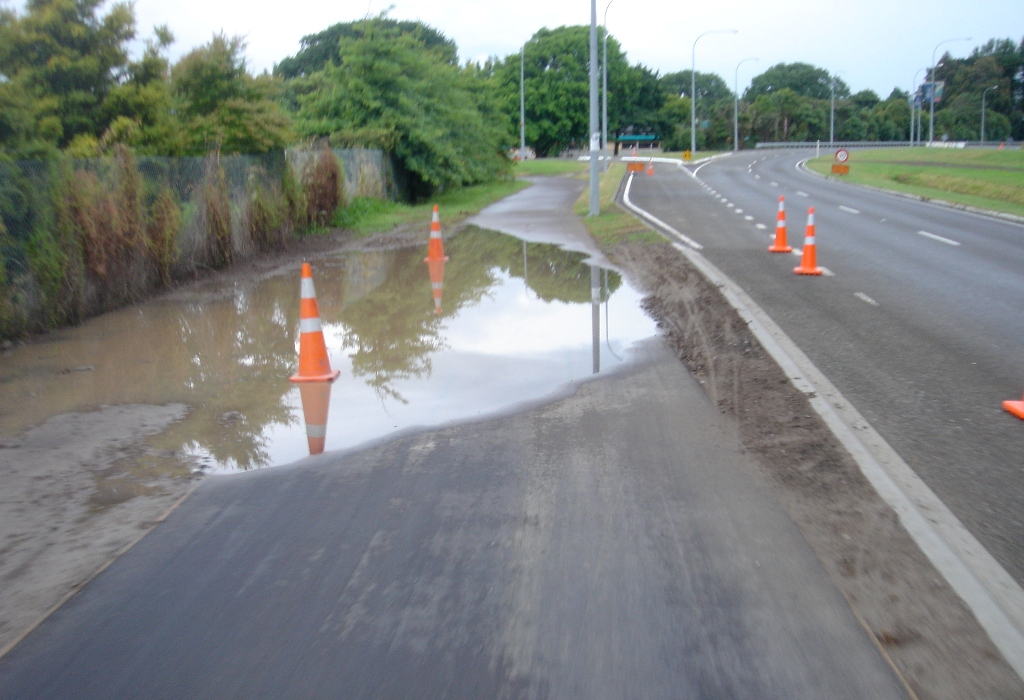 With some more rain on the way for Christchurch, anyone riding needs to be a little mindful of how their favourite routes fare with a bit of water around. Personally, I’ve noticed a big improvement in most cycleways drainage-wise over the past few years but, back in Feb 2014 when this was first posted, that wasn’t always the case… Do you still come  across problem locations in the wet?