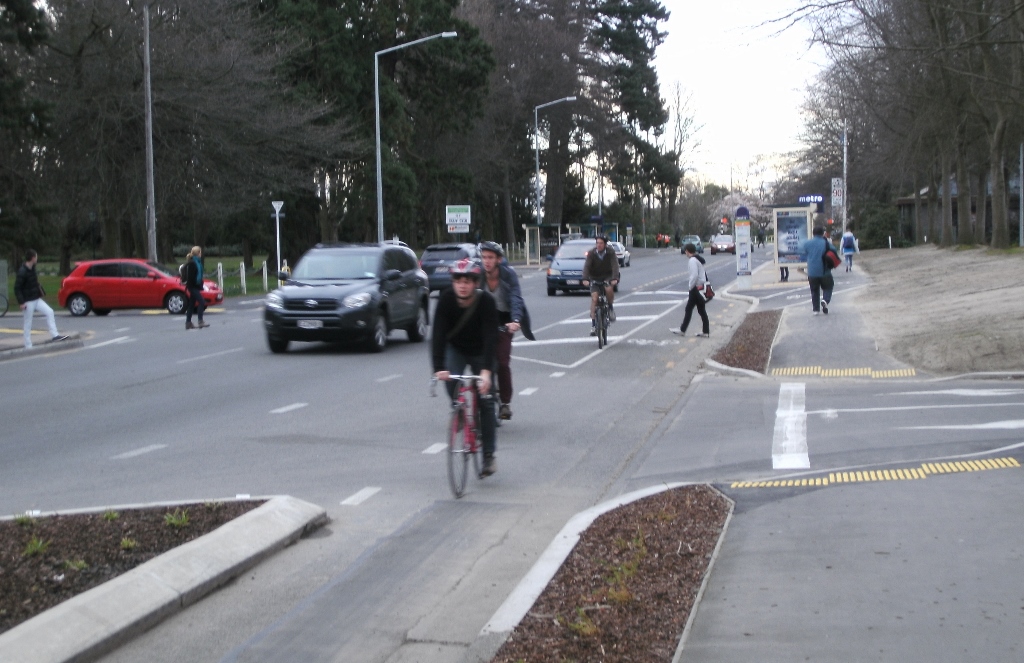 One of the things I realised when I was in The Netherlands a few years back was that their great cycle infrastructure hadn’t happened overnight – it had been a series of gradual improvements as lessons had been learned from what was built. Granted, we can short-circuit some of that by looking overseas at best practice, but some things will still take time to get right for NZ. So it was that an early post-quake cycleway in Chch got a review after being installed (first posted in Jan 2014) and indeed, an improved version of this section was subsequently built with the Uni-Cycle upgrade…