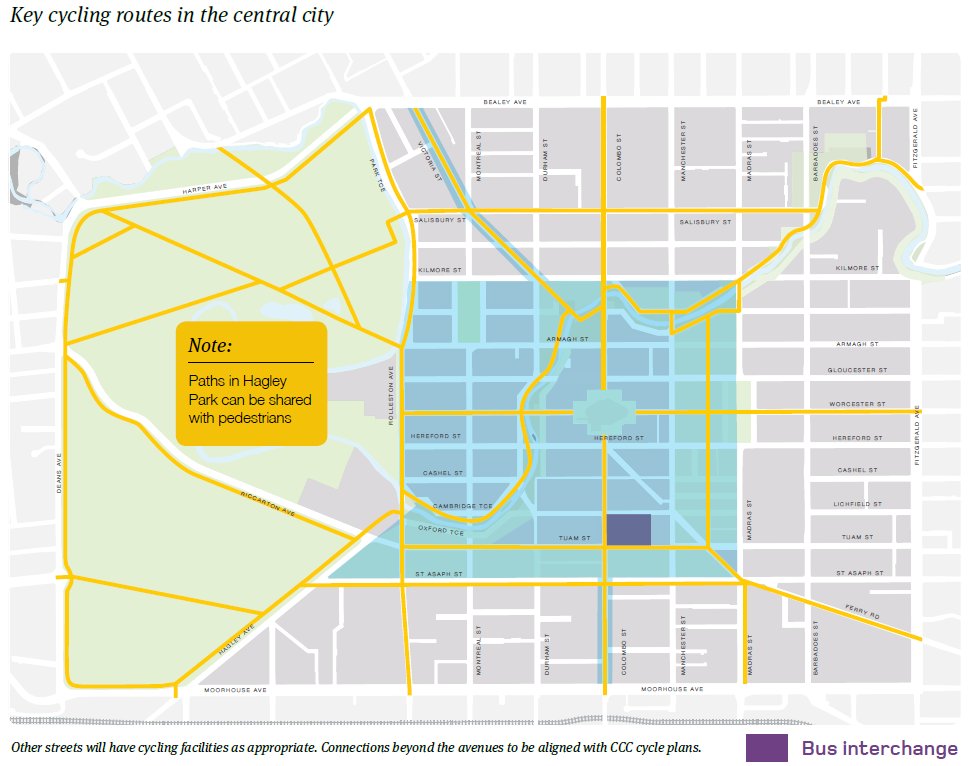 As we get around our post-quake rebuilt city, it seems a lifetime ago when the original plans for the rebuild (esp. in the central city) were being finalised by Govt after Council’s initial proposals. Not surprisingly the transport aspects of those plans attracted considerable public attention, and the requisite amount of grumbling and cheering each way. The cycling aspects of these proposals were first reviewed in a blog back in Oct 2013, so it is interesting to consider now how much of these original proposals have come to fruition and whether they have achieved what they set out to do… 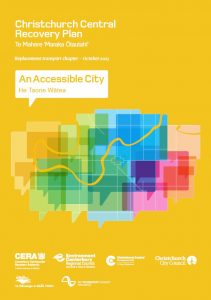 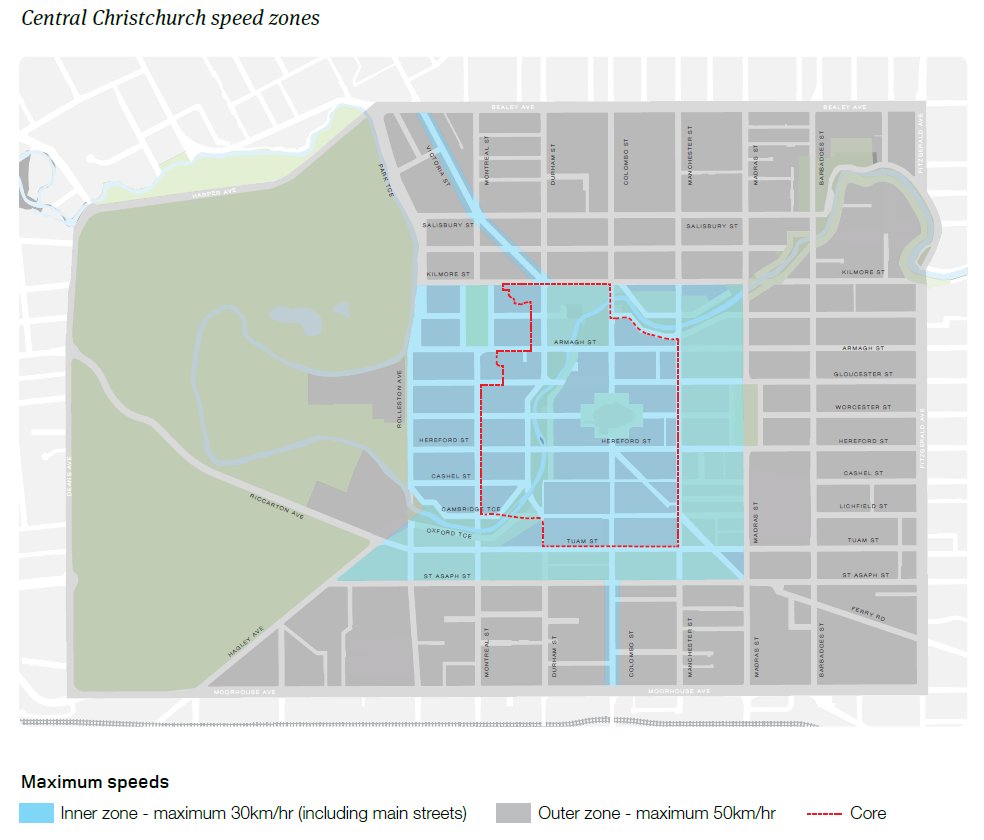