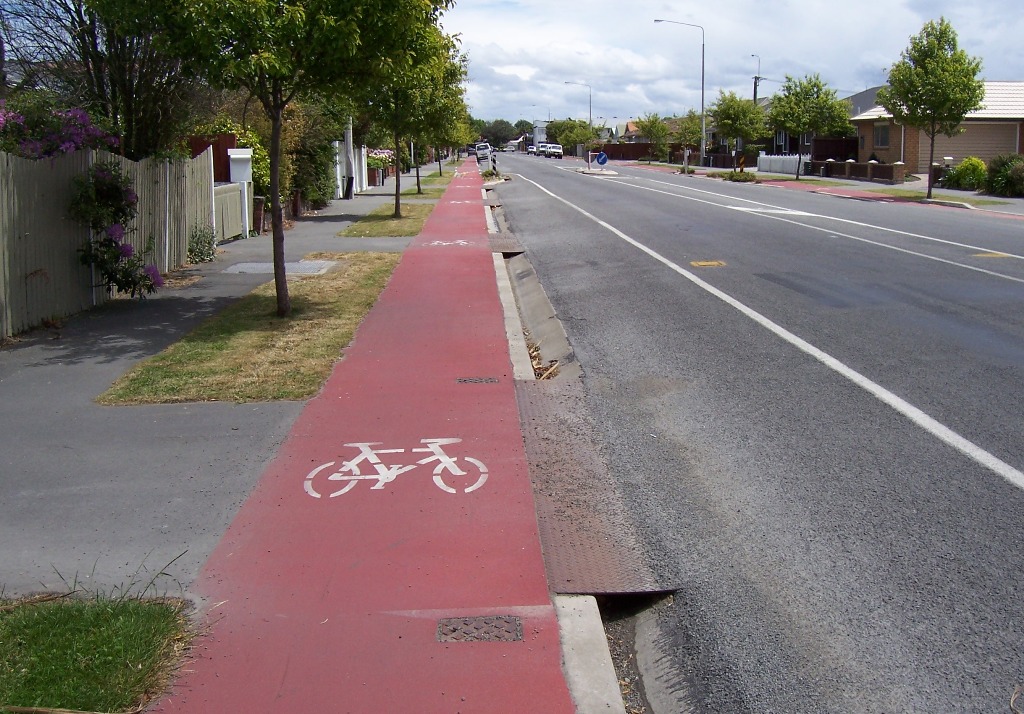 If you think all of these separated cycleways are relatively new for Christchurch, then you have forgotten that the first one actually popped up nearly 18 years ago. Ultimately destined to form part of the Southern Lights major cycle route, this post, originally from Aug 2013, introduces us to a still very useful cycle route…