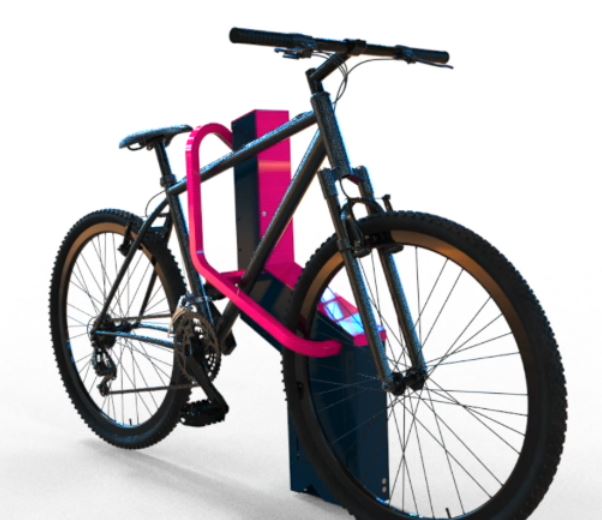 There was an article in The Press last week announcing the roll-out of a new suite of e-bike charging and locking stations for private bikes. Called “Locky Docks”, these stations allow anyone to securely lock their bike using a free smartphone app. E-bike owners can also use the available socket for free charging (need to bring your own charger cable). You could even lock (and charge) your e-scooter there too.

A network of ten central city stations are being set up in Christchurch right now, with the aim to be operational in early June. Hailing from Europe, the design features hinged steel loops that easily wrap around your bike to keep them secure, as well as CCTV (apparently they’ve never had a bike stolen). The stations have an advertising panel at each one, which helps to cover the costs of each station and keep them free to use (rather similar to advertising at bus shelters).

The concept is part of a wider initiative by Big Street Bikers, who are on a mission to make e-bikes more widely available to people in NZ. Other initiatives they are working on include:

It’s great to see some more local bike initiatives happening in Christchurch, so I’ll be watching this one with interest. Who knows, maybe we will see a public e-bike share scheme out of it one day too?

Have you seen the Locky Docks yet? What do you think?