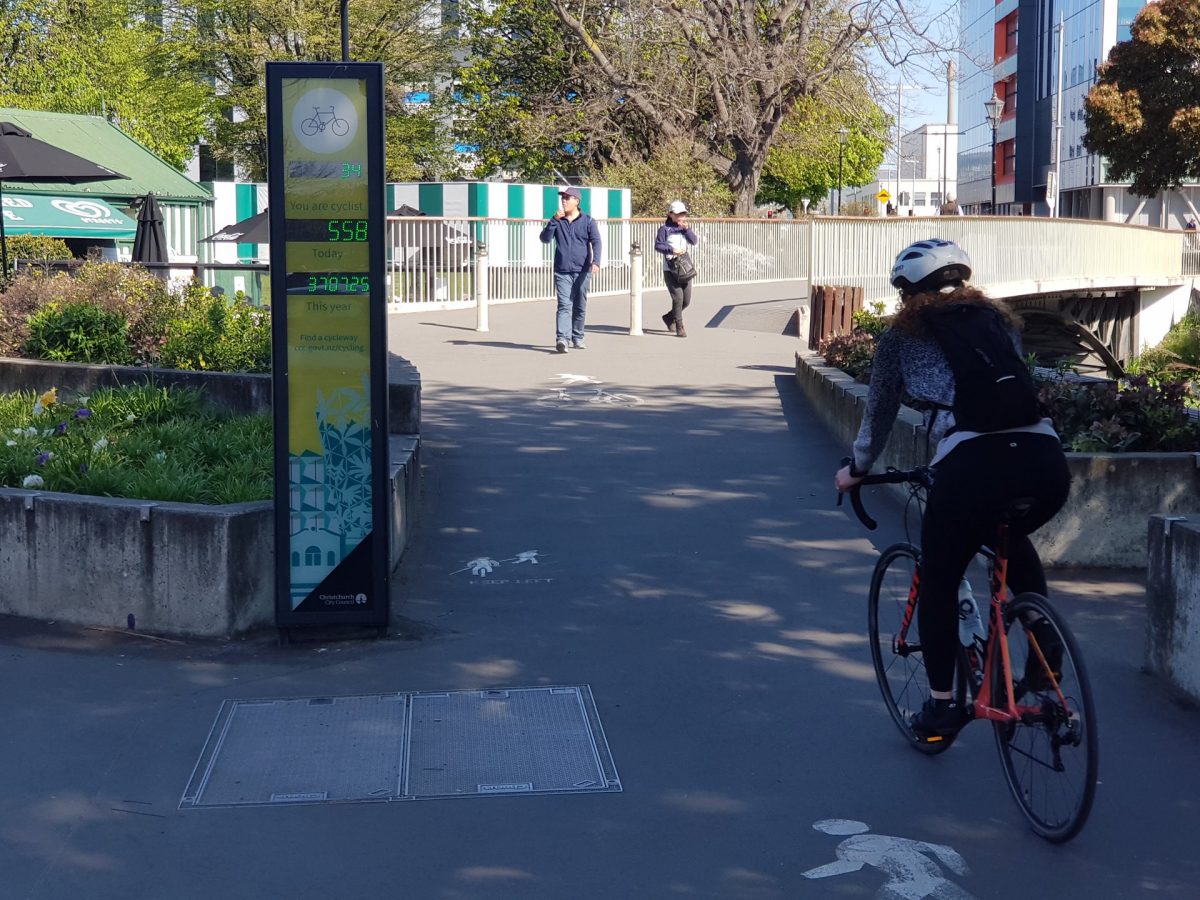 The recent news article about the growth in Christchurch cycle numbers was great to see (even better to see such a good-news story on the front page of The Press too…). It looks like the investment in cycling infrastructure is already starting to bear fruit, even with much of it still to come.

However, it wasn’t surprising perhaps that some commenters on social media were questioning the veracity of the count data. Some people still struggle with the optical illusion of not seeing people cycling, so can’t believe what the counters are telling us. 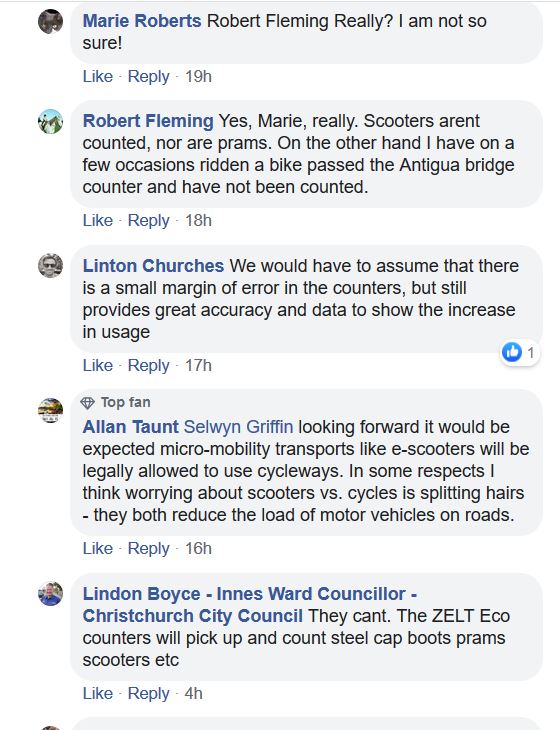 The best place to check the count data in Christchurch is of course the cycle counter display at the Antigua Bridge. Various commenters have claimed that the numbers don’t seem to match when bikes go past. However, I suspect that they have failed to understand that the detectors are approximately 10m either side of the display panel on approach, with a short lag before the counter ticks over. 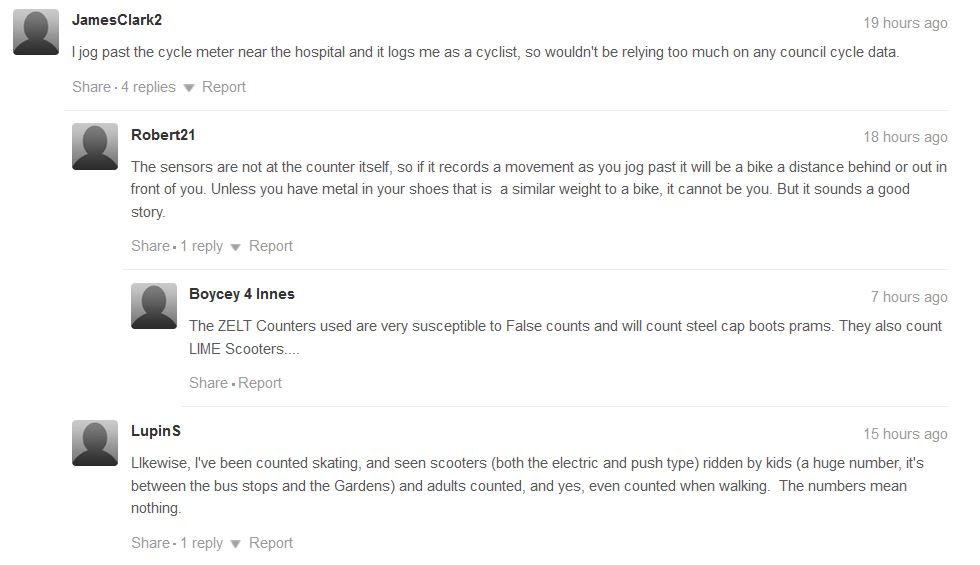 Still others claim that the counters will pick up any kind of metal passing, like prams, e-scooters, even steel-capped boots. Again, they don’t appreciate that the electromagnetic detector system used looks at the “signature” of each metal object passing to determine what’s a bike and what’s not.

Every time that I have been at the counter and casually observed proceedings for a few minutes, it has appeared to faithfully capture all passing bikes and ignore other users. So how about a slightly more diligent survey? 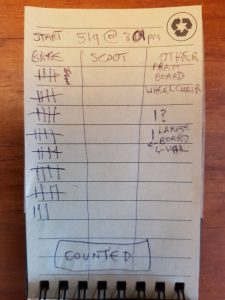 Today I decided to spend a little over half an hour at Antigua Bridge, noting what “wheeled devices” went past and what got picked up by the display counter. In theory, all the bikes should get counted while everything else shouldn’t. Here are the results:

So in a little over 30 minutes, 39 bikes went past and the display ticked over 40 times; some might call that a 97.5% success rate. If we want to get picky and note every “successful bike” vs “false positive/negative”, then the figure would be 38/41 or 92.7%. Throw in the dozen scooters or other wheeled devices that it successfully ignored and the figure would be 50/53 or 94.3%. No matter how you look at it, the counter is clearly good enough to give a sufficiently accurate indication of the number of bikes going past; certainly no worse than a typical traffic counter – I can live with that…

A couple of other things to note:

It’s an incredibly difficult feat for an electromagnetic detector system to successfully identify bicycles in amongst all the other “interesting” wheeled devices out there these days (traffic counters have similar difficulties differentiating cars from trucks, etc). And yet it seems that, judging by this little experiment at least, the cycle counters in our city probably do a pretty good job of getting the estimated counts about right.

Have you noticed how accurate (or otherwise) the cycle counters are?