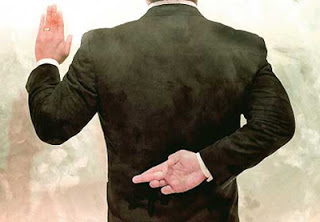 Long experience observing and making submissions in Christchurch finds that all is not well.

All levels of government play their part in mediating class warfare. At the local level issues can get personal; people can feel rightfully aggrieved and often do.

Government’s role is to try and do what is best for the many while making us all feel heard and respected. But too often the “Golden Rule” applies; He who has the gold, makes the rules.

Elites feel entitled to run a community as they run their business interests. Decision making is by invitation, selected employees only. They apply the same standard to “democracy”.

Most of us are typically too busy trying to keep life together to be aware, let alone involved. When an issue impacts us directly we might take action, but too often we succumb to our prescribed powerlessness. It is when folks push back that local government really steps in.

Elites will have the networks, made the connections and campaign “contributions” which allow them undue control over who gets elected, hired, promoted. Government may have some “do gooders”, generally tolerated to provide a degree of credibility of fairness, but nearly always in positions which can be over ruled by senior staff.

Consultation & Submissions
In NZ the consultation process finds few instances where elite interests have not triumphed over others. A good consultation process will leave submitters feeling like they were heard, but things were too far along, or there were no other alternatives, or their concerns were “outside of the scope” of the project. Alternatively it can be made clear to folk that they lack the background and skills to properly understand, let alone make changes. Whatever the tactic used, people are disempowered.

Those who persist experience a system which ably chews us up, wastes our time and impresses upon us the futility of our efforts to make substantive changes, set responsible policy or to make changes to fatally flawed projects. All the while being told our input is important. Empowered engagement is not encouraged. Frustration and exclusion guaranteed.

Meanwhile Councillors and staff hear loudly from those who have the time and money to attend and be “heard”.

Where opposition has not been too strident, or well-funded, Council has managed to deliver some cycling infrastructure which is appreciated. All would be even more appreciated with the opportunity for real input which leads to needed changes.  Here are some examples of where bad projects have been made worse to suit elite interests.

Ferry Road
The Heathcote Express Major Cycle Route consultation presented a route down Ferry Road. People who cycle offered suggestions to improve it, local business interests fought it. Concerns raised by people who walk and cycle could not be addressed as the plans were too far progressed. Yet the business interests offered a wholly new approach. Without notifying other submitters Council then met with business interests, developed their preferred option and adopted it, all without further consultation.

Victoria Street
In 2016 plans for Victoria Street sought to discourage through traffic with cul de sacs to promote a shared space. Business interests objected and plans were put on hold for 2 years. A new plan responsive to business interests was then presented featuring a through route, on street parking and unsafe cycling infrastructure. Again, submissions not in support of more parking and less road safety were ignored. The response to consultation was to offer more parking.

High Street
High Street is a designated pedestrian route and the block between Tuam and St Asaph a designated cycle route. The tourist tram complicates the street.

Staff met with business interests and developed a plan featuring on street parking and unsafe cycle infrastructure. Submitters were nearly evenly divided by those calling for fewer cars and better cycling and those wanting more parking. A shared space was suggested. Staff offered changes to increase parking, nothing more.

Councillors succumbed to landlord’s demands and decided that the block from Tuam to St Asaph, a designated cycle route, would not even get narrow cycle lanes, just more parking.

Cranford Street
Cranford Street has been much in the news as it is to be made car friendly to take the traffic coming from the new Northern Extension motorway, one of the former National government’s Roads of National Stupidity (RON’s). This project has regional impacts and public transport was a clearly better alternative.

Local opposition to thousands of commuters on Cranford St. has been fierce but law, like history, is written by the winners and central government can compel local government to support their disastrous projects.

Elites, this time subdivision developers and road builders got their way and Cranford is to be a de facto throughway that severs the neighbourhoods. Pedestrians and cyclists get a narrow shared path and eventually a way over to the Papanui Parallel, even if that is not where they need to go.

Council presented plans which don’t quite make Cranford a throughway but don’t really deal with the negative outcomes. Attempts to deal with the cars and their impacts with plans to direct commuters to other modes were needed.

In response to the opposition Council will try to develop park and ride lots, more buses and maybe congestion charges, if it is all not too hard. Past experience is that what is not fully planned, scheduled and funded, too often gets lost. Unlike the other examples some minor improvements were achieved.

Managed Democracy
These are all examples of poor governance and “managed democracy”. Democracy managed for the benefit of special interests at the expense of benefits to the general public. Councils and politicians hide behind the excuse of having to listen to those who have the most to lose, you know, the current winners in our rigged system. The status quo is protected and we are assured that it is a great outcome, the benefits will trickle down. Now drive home and leave us alone.

Harewood/Gardiners/Breens Road
Many residents have been asking for a light here and a local politician has been irresponsible enough to exploit the discontent and lead the charge for “drivers rights”.

Consultation ensued and most called for the light with others calling for safer options for cars, bikes and pedestrians. The traffic engineering and safety audit agreed that a light would actually increase collisions.

But, more people wanted it, they “voted”. Unlike the other consultations Council came down on the side of road safety. Without the rich old boys interfering Council was able to practice governance for the public good.

Council and responsible electeds need to help people understand why this decision was made. One can hope a disgruntled Councillor won’t seize on this as an opportunity to bash the Council and continue the campaign for unsafe infrastructure.

Elections
This year we get to vote. In too many instances the candidates on offer are unpalatable. A combination of actual and want to be elites seizing on a few popular issues while failing to make clear statements of policy.

Some are well meaning but remain convinced that with a few tweaks the cancer in our governance will be A-OK. There are a few qualified people running and they need your support. There are also some well-meaning ones who will actually engage on issues and are preferable to the posers.

Nope, no list provided here, for democracy to work you need to use the internet, go to the forums, ask the questions, learn to detect the BS and work for those you find deserving. The media will offer articles of varying quality and veracity.

Yes, it is work; it is also all of our lives and our future. Yes, we are all busy, working, paying off debt, thinking about or perhaps buying a house or raising a family, (OK, not an option for most under 40). It’s “funny” how people’s options have shrunk over the past 40 years.

Democracy even takes place between elections. To work well it takes hundreds of us to make submissions, many followed up by oral presentations and to call and visit our elected representatives regularly to remind them of the issues which are important, and that we vote. The future might just include roads safe for all of us, clean water not exported in bottles, a regional council which actually protects the environment…..

We can make it happen, for ourselves and for those yet to come.