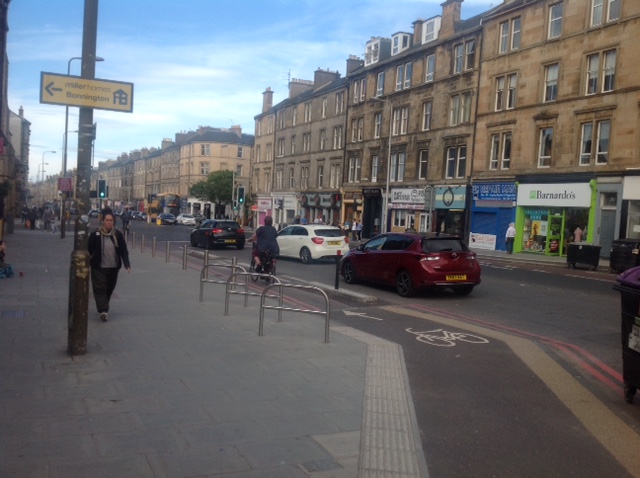 Guest blogger Robert has just returned from some overseas travels. Here is a post about one of his sojourns… 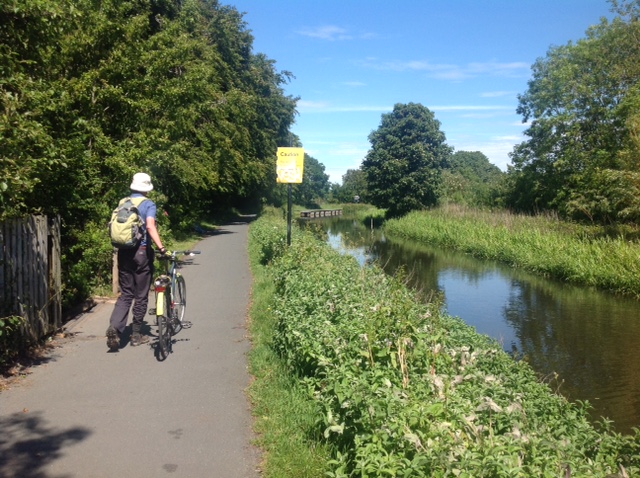 Edinburgh is a beautiful city. With a few hills in the central area and a perceived inclement climate, one is surprised that Edinburgh punches its weight when it comes to cycling numbers.

Figures released for the 2014/15 years show that 14.2% of people cycled to work at least regularly,which is double the average for the rest of Scotland and compares favourably with the top 10 of English local authorities such as York. 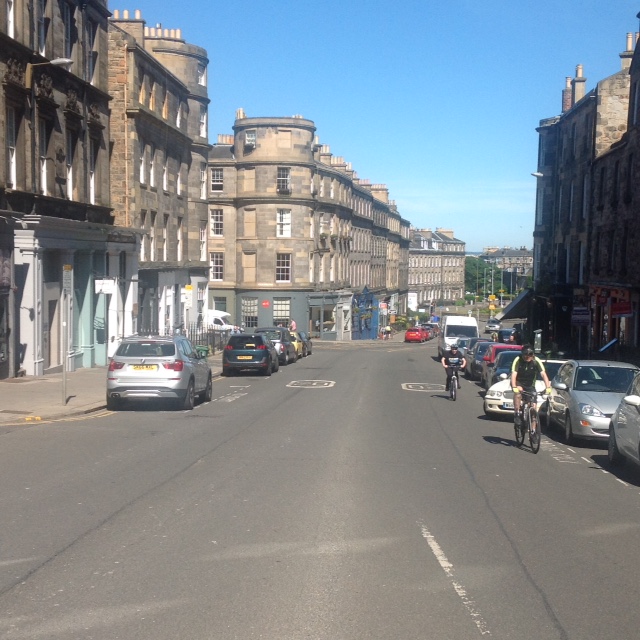 Thanks to Spokes – The Lothian Cycling Campaign (sister city advocates to Chch’s Spokes?), extensive lobbying over the years has raised the profile of cycling in Edinburgh. 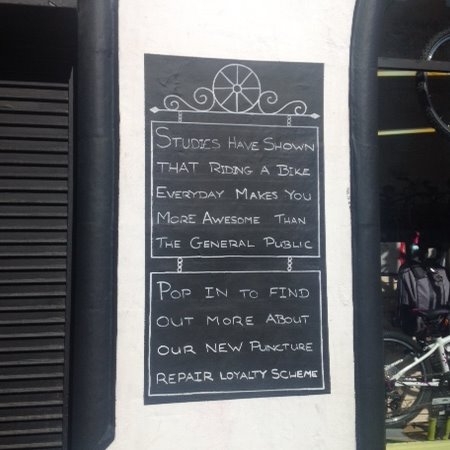 Whilst devoid of any real impressive cycle infrastructure that would compare in the slightest with The Netherlands, some cycle-friendly networking routes weave their way in and around the city and will take you to many places.

Don’t, however expect a super cycle-friendly experience directly and completely to your destination;  geography and a significant culture of driving vehicles in most areas  (albeit in a courteous manner) will see to that. 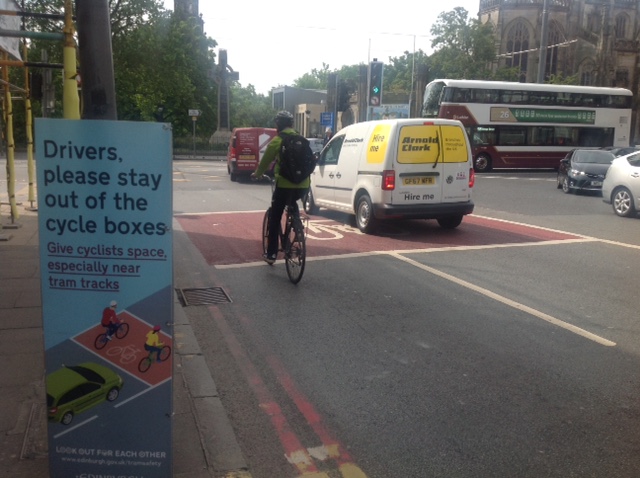 A feature of getting around Edinburgh by bike is the network of disused railway lines (tunnels included) that surround the central area and are fun to ride. 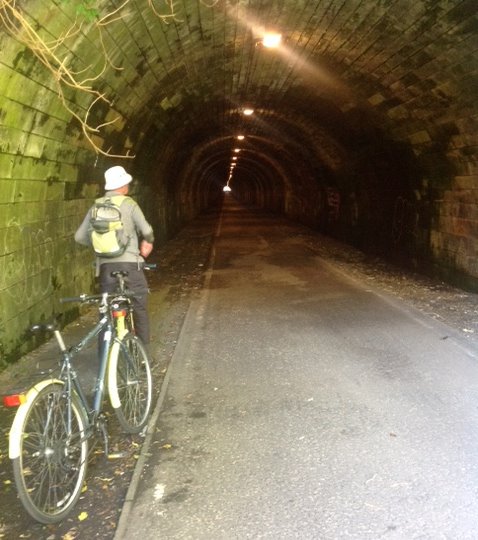 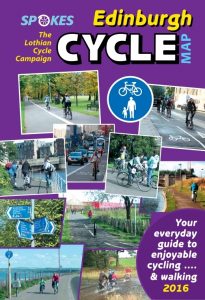 The signage to guide you to these wonderful trails on the ground is thin. But once you have found one, the routes are well signposted and, with a good map (one of  120,000 sold so far,  thanks to Spokes), a day of pleasurable sightseeing is guaranteed.

These trails (which include canal towpaths also) are the bones of the network; the tendons supporting them to complete the network are a mix of treatments. Mostly on-road painted cycle lanes, but also snippets of separated infrastructure, contra-flow paths, cycle priority on quiet streets and plenty of shared paths in parks and gardens. 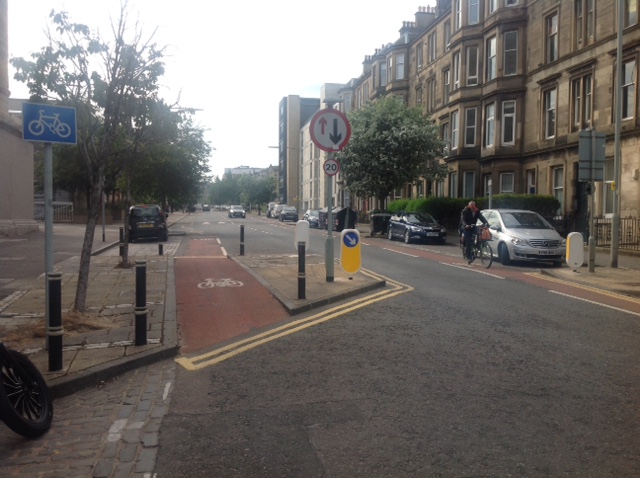 It feels as though an awful lot has been done to improve cycling in Edinburgh, yet on a very low budget. By comparison, the Edinburgh Tram, which took 5 years to build at a cost of 1 billion pounds, travels only 14km from the city centre to the airport. Imagine the cycleway network if only half of that amount had been spent. 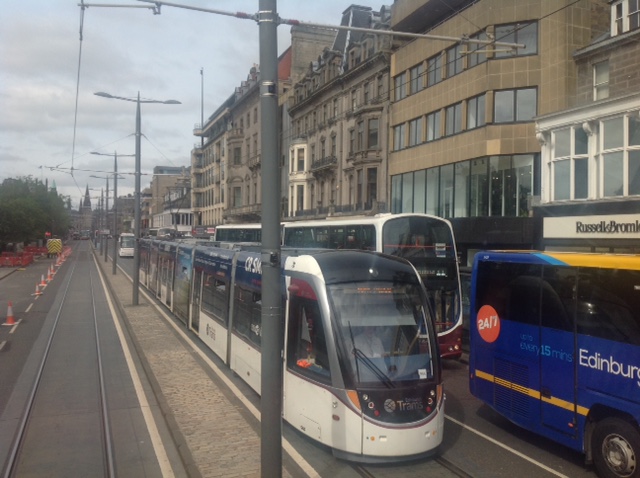 To add insult, the cost of an inquiry into why the tram budget blew  out so much, was another 8 million pounds. The perils of choosing sexy rather than basic transport options. But it is possible to take your bike on the tram, so I guess that makes the spend OK. 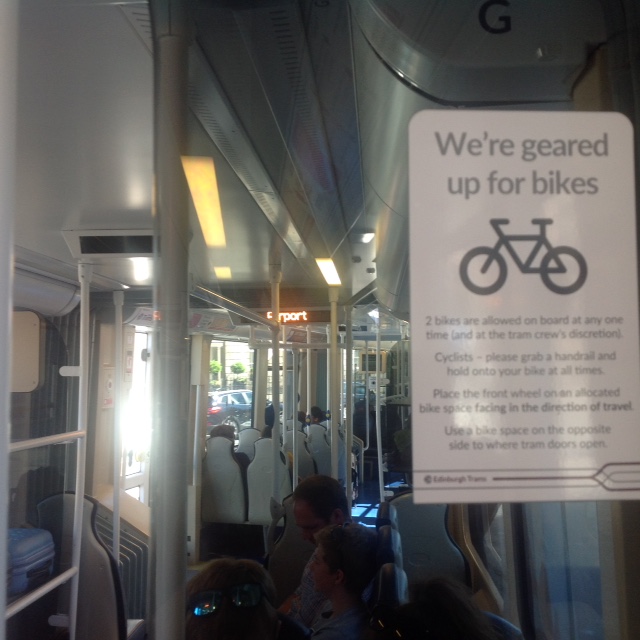 Public transport plays a significant role in moving people around Edinburgh, particularly in central areas where the population is densely housed, and space is constrained by a hilly terrain, and the ubiquitous historically significant buildings. 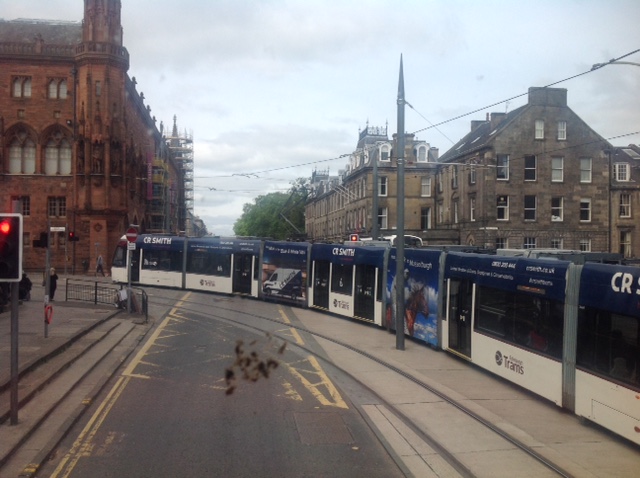 So by all means put a cycling visit to Edinburgh on your travel wish list. You most certainly won’t be disappointed. 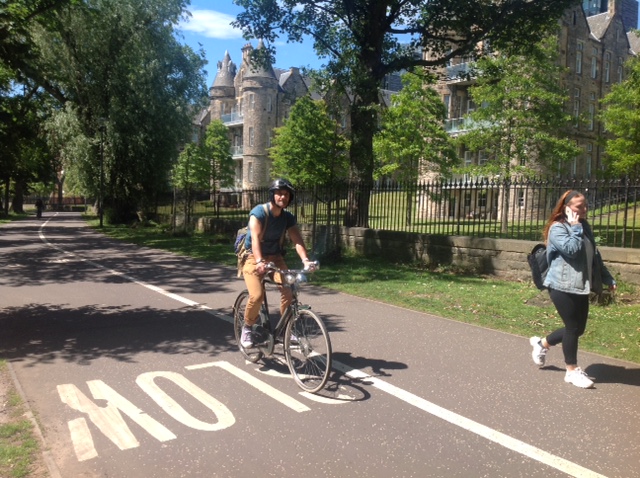 Have you visited Edinburgh? What could Christchurch learn from it?