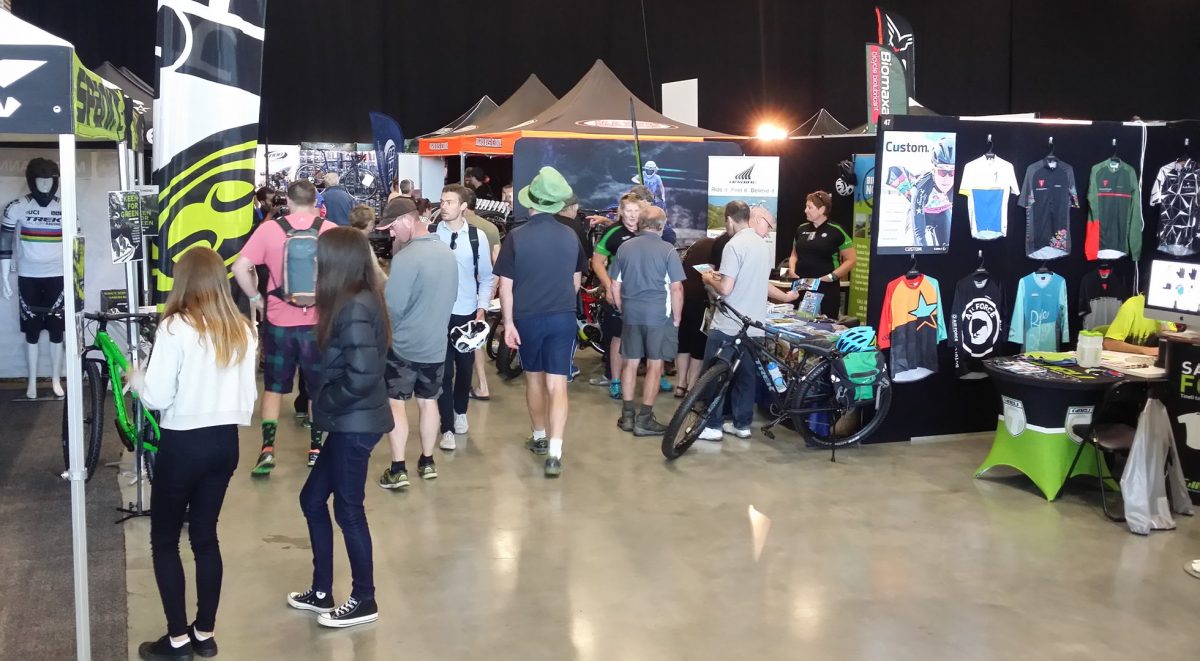 The first NZ Bike Expo has been a great success. To save me having to write something, I’ll simply bring you the words of Expo organisers Jo Mackay and  Krissy O’Connor:

The first-ever NZ Bike Expo, which was held in Christchurch on 28-29 October exceeded expectations from exhibitors and visitors alike.

Approximately 3,500 people attended the 2-day event held at the Air Force Museum of New Zealand, including families, teenagers, and adults of all age groups.

Event owner Cycling Action Network (CAN) created the event so exhibitors could display the full spectrum of products and services that make up the bicycle world, and to celebrate just how broad the cycling community is.

‘We are absolutely stoked with the response to the Expo. We had very positive comments from exhibitors, many of whom want us to hold it again next year. There was a really good buzz and people enjoyed all aspects of the Expo,’ says CAN spokesperson Jo Mackay.

‘We aimed to create a consumer show that would attract a wide range of people, who enjoy all types of biking. We’re really happy to have achieved that aim,’ said Jo.

Electric bikes were the outstanding new feature that many came to try. ‘We counted 23 different electric bike brands at the Expo. Most were available to test ride,’ said Krissy O’Connor. ‘This was a unique opportunity for visitors.’

At the elite end of cycling stands Industry X brought blcktec, Black Inc, Factor bikes and Swift to New Zealand. An Industry X rep travelled from Taiwan to be at the Expo, and helped Cantabrians to be the second only audience in the world to see some of the 2018 season gear.

Other exhibitors included Xerode – a bespoke MTB bike business from Rotorua; Bike It Now! – a bike shop and bike tour company, who had a cracker weekend, from Clyde; and local bike shops Action Bicycle Club, Cycle Trading Company, Back Alley Bikes, Hub Cycles and Cycleways. Wishbone Design Studio travelled from Wellington to present their beautiful range of children’s balance and pedal bikes, and contributed two to the outdoor demo area so children under 5 could have a hands-on experience.

More than 20 exhibitors showcased bike parks, trails, events, and tours from around the South Island and the world. ‘Visitors frequently mentioned how much they enjoyed talking with the event, tour and trail suppliers. It made comparing options so easy. Planning a trip is more fun when you talk with the people who run the trips and tours and know the areas that you’re going to go to,’ said Krissy O’Connor.

The Expo importantly provided the opportunity for visitors to test ride bicycles out on the huge airfield and runway, which many took advantage of in the fine weather.

And the warm buzz that started from the moment the doors opened was also in part due to the inclusion of many facets of Christchurch’s diverse cycling community.

As a keen club rider herself, event manager Krissy O’Connor set up a Club Hub. This was provided free of charge, with financial support from Bike Barn and the Christchurch City Council. Clubs including the Canterbury Time Trial Association, Pegasus Cycling, Mainland North BMX, Christchurch Single Track, and Revolve were present, talking to visitors about their activities.

‘We also held Cyclocross and criterium events in the outside area as well as the extensive bike demo area for all ages,’ said Krissy.

Meanwhile the bicycle smoothie blender operated by Frocks on Bikes was much appreciated, Christchurch Adventure Park’s CAP LAP mini-bike circuit was a lot of fun (and had a great prize for the fastest person), and Keith Guthrie from Cycle Trading Company’s exhibition of penny farthings, velocipedes and a 1970s BMX were much admired, particularly the penny farthing tricycle that cycled slowly around the stands. The outdoor kids zone was staffed by Cycle Safe staff and Canterbury Plunket.

‘About a quarter of people in Christchurch are on a bike at least once a week,’ said CAN spokesperson Jo Mackay. ‘Christchurch was the right place to hold our first Expo, and it’s the right time with cycling on the up across all fronts – sport, commuting, competitive cycling and holidaying.’

Visitors said how good it was to have the chance to try loading a bike onto the Metro bus (without any pressure), to find out about the blind zones (not spots!) of buses and trucks, and to try out Fulton Hogan’s truck driver training simulator. ‘It was a real reality check about the need to be more conscious when sharing the road with these large vehicles,’ said Krissy.

To create the Expo, Cycling Action Network (CAN) teamed up with event manager Krissy O’Connor from Dare To special project agency. CAN had help from wonderful partners including Gold Partners Fulton Hogan and the NZ Transport Agency, Social Partner Cassels & Sons Brewing Company, and other partners including Retail NZ (Bicycle Industry Association of NZ), Spokes Canterbury, and Christchurch City Council.

‘This has meant that people are also passionate about what we’re passionate about – and that’s getting more people out biking, and enhancing our communities. Because by encouraging biking we are aiming to enhance the community, all kinds of people were generous with their time and skills to help get this event off the ground, and we are grateful to them,’ said Krissy.

‘Awesome volunteers stepped forward to help including many from Spokes Canterbury, our local group who support cyclists in Canterbury, and Toastmasters volunteers who MC’d for our speakers.’

‘We’d also like to give a big shout out to some of Canterbury’s elite cyclists who have represented New Zealand at world events. Visitors loved to meet Linda Villumsen, Anton Cooper, Ben Oliver and Craig Oliver and Linda’s and Anton’s talks were well attended.’

The dates for the next NZ Bike Expo will be announced before Christmas. To stay in the loop sign-up for updates on www.nzbikeexpo.nz. 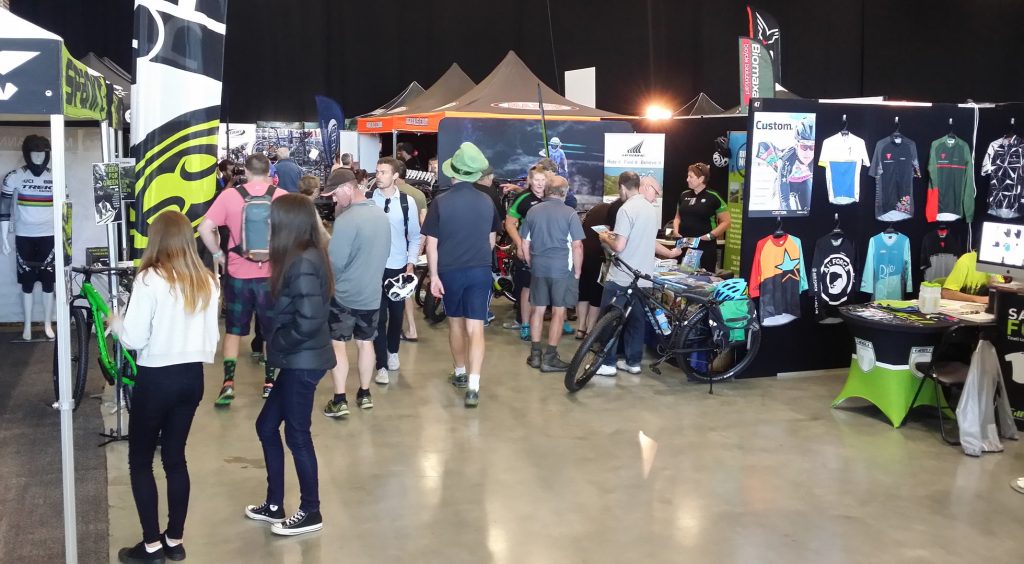 The Expo was a fitting grand finale to the month-long bike festival called ‘Biketober’ that featured 50 bike-related events in Christchurch during October.

Did you attend the Bike Expo last weekend?