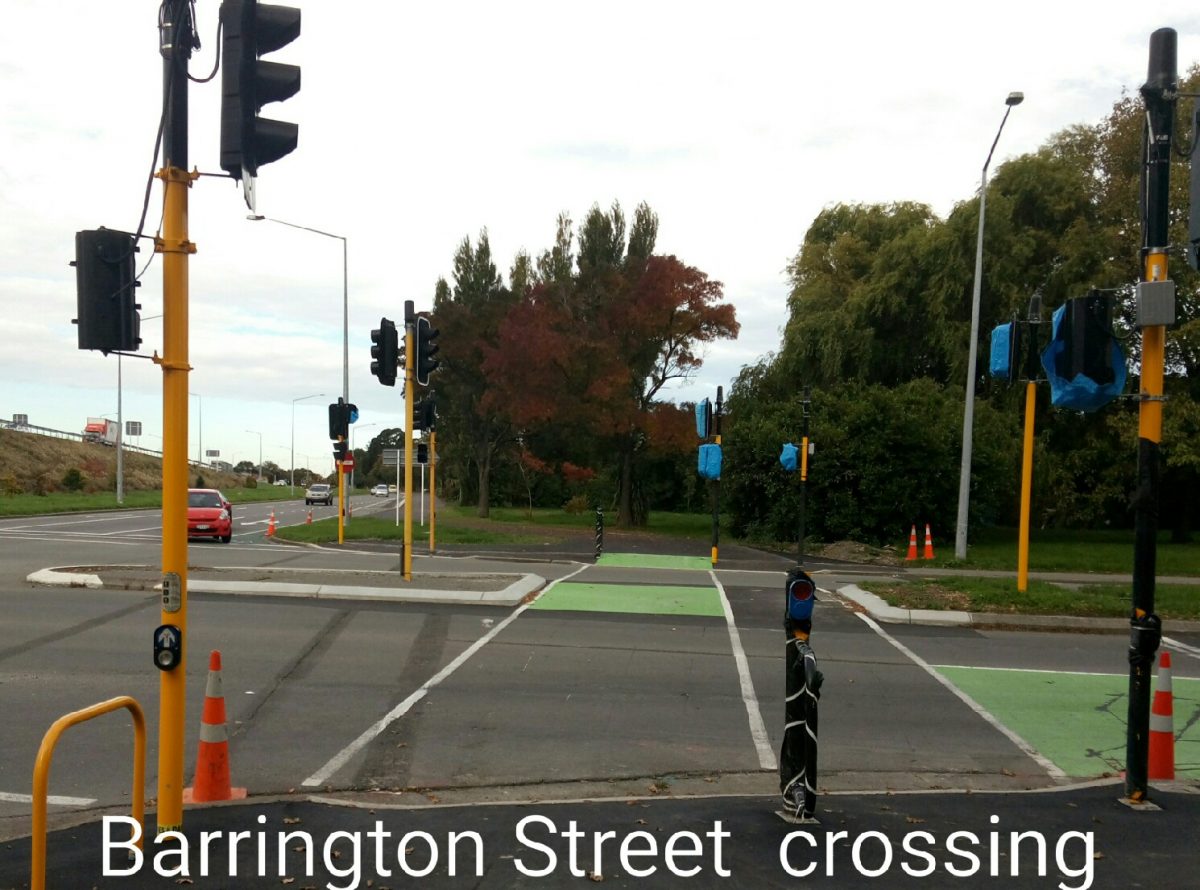 Guest blogger Robert continues his check of the new cycleways by inspecting progress on the Little River Link (note, due to website technical issues, this post is a couple of weeks overdue):

This photographic essay is the third of four updating where we are at with building the first four of our 13 major cycleways around Christchurch. 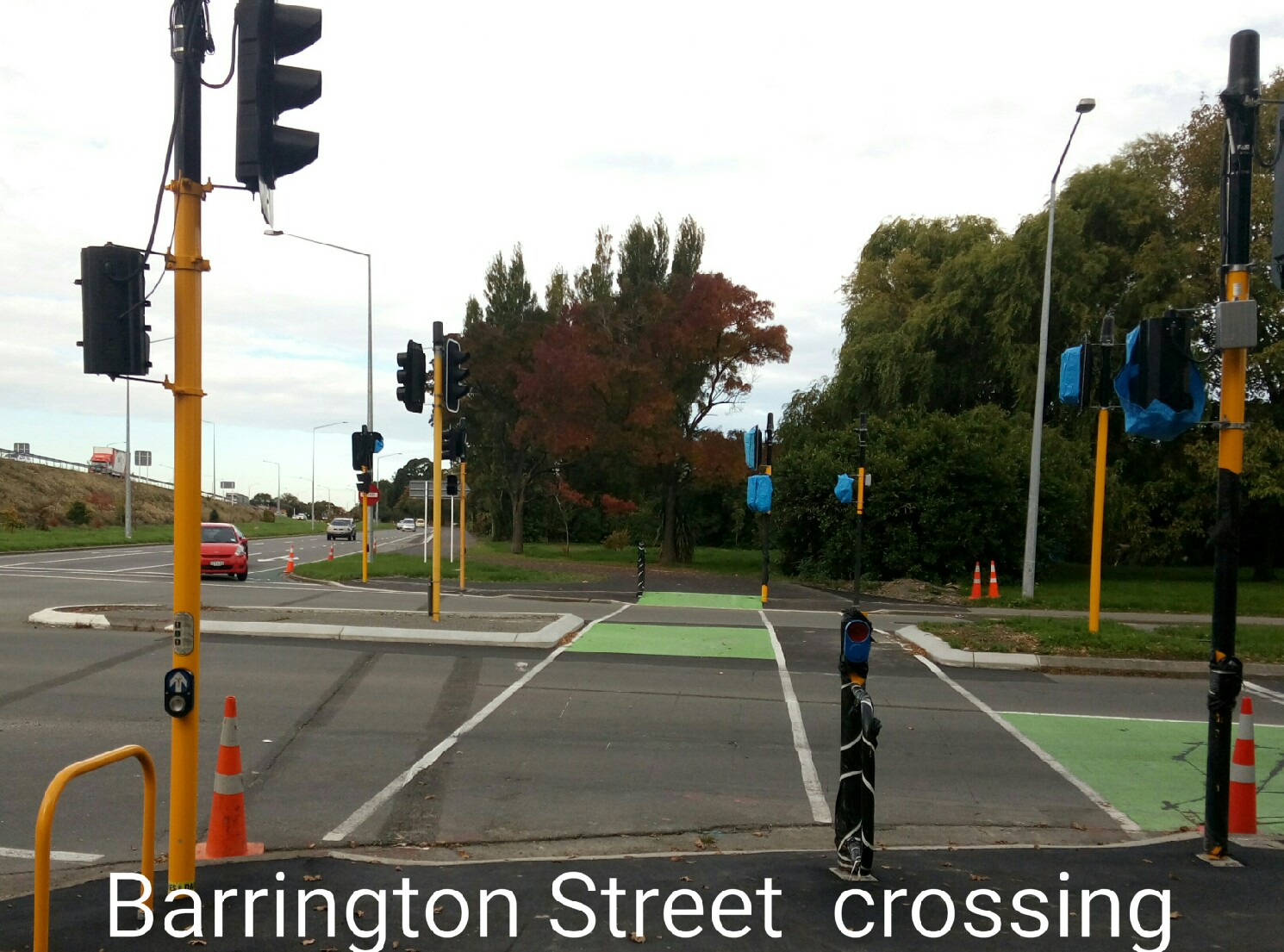 Much of the specs and design detail can be found here.

If you have the time to read this post from October 2015, I would recommend doing so as you too may be pleasantly impressed with how much progress has been made in 18 months, to the point where this route is near completion. [Indeed, the official opening is this Thursday; more details below – Ed]

Although the shortest of the first four routes under construction, do not be fooled as there is some impressive infrastructure happening. It is no mean feat either that when completed in a month or so, this strategically important link will enable a safe cycle route mostly off-road from Canterbury Museum to Little River, a very significant journey on a bike for most people.

The name is modest, (although accurate, and I am sure Little River folk appreciate the exposure) but this route to the south western areas of the city is going to become hugely popular. It will finally allow safe and easy passage to the Southern Motorway pathway from the city. The excellent path along the motorway has perhaps been a little lonely during it’s first few years after a 2012 opening. That is bound to change…

Four new or upgraded cycle and pedestrian crossings have contributed to the approximately $6.0 million cost , improving safety for those on bikes considerably at Brougham Street, Barrington Street, Lincoln Road and Wrights Road.

Incidentally I think that the best feature of this cycleway in terms of connectivity is the simplest and probably cheapest. The wide asphalt path running along the southern side of Brougham Street (formerly Jerrold Street) links the crossing at Collins Street, Simeon Street and Brougham Street with the crossing at Barrington Street and onto the motorway pathway. When completed, what was previously a pretty awful area to ride will now become indeed attractive to the 10 year olds through to the 80 year olds inclusive.

If a bouquet was to be awarded for this route it would not be to any planner, designer, constructor or funder. It would simply be an acknowledgement to the stunningly beautiful yet modest streets of Addington around Church Square with their autumnal colours and historic streetscapes. So take a bow, Grove Road, Church Square, and Collins Street, may the commuter traffic appreciate you and do you proud.

However if a brick-bat was to be awarded it would be once the question of right of way along Collins Street had been answered (a fair and just society stipulates a right of reply).

Quoted from the consultation document of late 2015, it appeared that cycle users of the path would have priority at the streets of Macaulay and Emerson:

“At Emerson Street and Macaulay Street, cyclists will have priority over the minor arm when travelling along Collins Street. Raised platforms are proposed over the intersections to slow motor vehicle traffic.”

Not so, as you can see from the photos.

Perhaps our Cycling in Christchurch Blog Editor would care to comment? [Ed: evidently they were concerned by the fact that current legislation doesn’t allow an off-road cycleway to be given priority at an intersection, although work is underway to rectify that.]

If you’d like to celebrate the official opening of this Major Cycleway with the Mayor and the Minister of Transport, then come along to Church Square this Thursday 18th from 8.15am; alternatively you can also pop in after work that day.

Have you seen the Little River Link works yet? 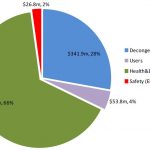 Show me the money – The Economics of Cycleways

Spending any significant sum of money by the City Council tends to attract the scrutiny of some ratepayers, especially if they're dubious about the benefits ...
Read More...
22 February 2015 / LennyBoy