Compared to the frenetic attention being paid in places like Auckland and Wellington, it may almost have escaped your notice that local government elections are currently underway in Christchurch as well, both at the City Council and Regional Council (not to forget the District Health Board either). Most of you should have received your voting papers by now; maybe some of you have even sent then back already. But for those still contemplating your votes, who might be best for the future of cycling and sustainable transport in Christchurch?

Back in 2013, we gave you a quick run-down of our impressions about the cycle-friendliness of the new City Council. While some key transport decisions still end up with the full City Council (like this week’s Victoria St controversy), most of the Major Cycleway decisions have been delegated down to the Infrastructure, Transport & Environment Committee. So you have a team of only five Councillors (Clearwater, Cotter, Buck, East, Scandrett) to either thank or curse for what has largely transpired to date. Overall though, given the impressive progress we’ve made in developing our cycle network, there’s probably relatively little to complain about with the current progress (and very soon we’ll hear about another crop of new cycleway projects – watch this space…). 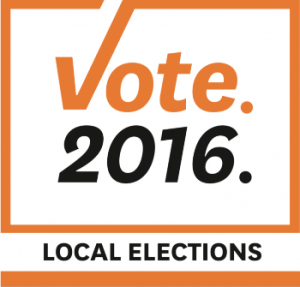 This year, for the first time in ages, we also get to vote again for elected Councillors on the Regional Council. ECan might not seem to have as much relevance to cycling as CCC, but they are the ones who oversee our Regional Land Transport Strategy and Plan (i.e. what gets spent across the entire region on transport) and so they can influence priorities on spending towards active transport. They’re also responsible for some great biking trails in our regional parks, including McLeans Forest, Kaiapoi Island, and parts of the Little River Rail Trail.

Likewise, most people tend to think of Health Boards as being just about hospitals and treating sick people. But they also do a lot of preventative work encouraging healthy lifestyles, including being physically active. So anything that makes cycling easier in Christchurch ticks the box for their mandate too. For example, they can encourage greater use of Green Prescriptions that might recommend taking up cycling to someone with health issues.

So who to vote for? Fortunately, the good folk at Generation Zero have done a power of work to determine what every candidate standing thinks about a number of relevant issues, including transport priorities. From their convenient website, you can select any candidate for Mayor, Council, or Regional Council and see what they have to say and how they are rated. An A/B/C/D/E rating is given for each issue (assuming they have responded to the questions asked) and you can also click on each candidate’s photo for more detail about their responses.

(sorry, this site only covers the Chch City Council and Environment Canterbury candidates; there’s nothing about the Community Boards, or Waimakariri and Selwyn Districts)

There are lots of ways you can find out about who to vote for:

So take the time to make an informed choice! Remember that voting closes at noon on Sat 8th October (if you’re posting it in, allow at least an extra couple of days).