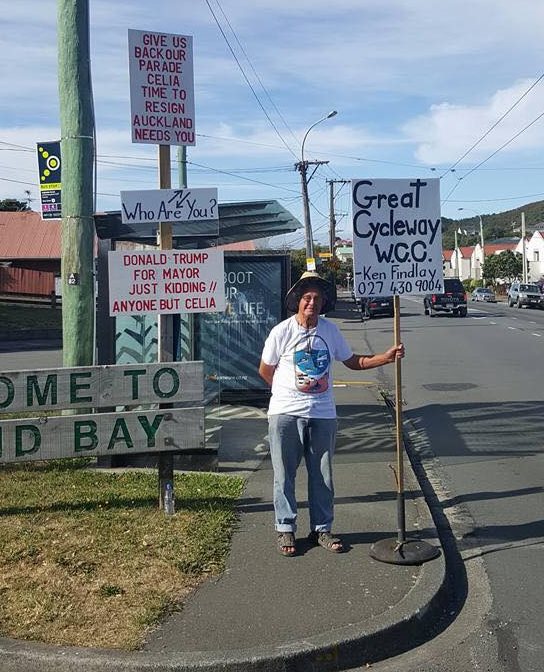 There’s been a flurry of letters lately in The Press about cycleways. While many of them have been grumbling about some aspect of the proposed Major Cycleways, it’s heartening to see a few firing back with their support for them. It got me wondering whether politicians take much notice of these as another indicator of the general public mood for cycling.

Aside from their own preconceived notions and Council officer information, it seems to me that politicians could be influenced by a number of different factors:

We seem to have at least been spared here in Christchurch the worst of media trying to make a beat-up of everything cycle-related, as places like Wellington are currently finding. But The Press has been known to run things with a hint of a controversy in the past, so we do need to keep vigilant for trumped-up outrage.

Consultation is a funny game; sometimes it’s about numbers, sometimes it’s not. I’m never quite sure how much weight politicians (or staff) place in the feedback they receive. Here’s the thing: people are more likely to submit on something that impacts unfavourably on them than on something that they favour. So if in a street of 100 houses we get 10 submissions for a proposal and 20 submissions against it, should we presume that twice as many street residents are against the proposal? I tend to take the more optimistic view that the remaining 70 who didn’t respond most likely didn’t because either (a) they supported it, or (b) they didn’t care either way. Meanwhile, what about the 200 people who don’t live on the street but cycle along it every day – do they get an equally weighted vote in the deliberations of your typical politician? Either way, as we’ve mentioned before, there are plenty of good reasons for making submissions (particularly in support of things), at least in writing if not in person too.

Likewise, social media seems to attract plenty of trolls and haters, so you do have to remind yourself that it is probably not representative of the public at large. Still, if you’re keen, it can’t hurt to ‘fight the good fight’ and tackle the obvious clangers that come up in these discussions. For more advice, have a look at our earlier discussion on this. I feel it’s an interesting measure of cycling culture too, e.g. a cycling-related story in Christchurch seems to attract far fewer moaners and down-voters than a similar story elsewhere in New Zealand – that tells me that as a city we are already far more accepting of cycling as part of our fabric (but of course, it could always be better…).

Letter writing can seem like a dying art, but I find that the daily spread of Letters to the Editor in The Press provides an interesting snapshot on the state of people’s thinking. And occasionally I like to take part in the game too. Some things to remember about letters:

The key message here is that everyone can do their little bit to help support the Major Cycleways and other cycling-relevant projects. Flood the newspapers with letters of support. Put in that simple submission to Council ticking the “yes” box and saying why you like it (reminder that the Uni-Cycle consultation closes next week). Up-vote the online cheerleaders and rebut the nay-sayers. Congratulate a City Councillor (either in person or in writing) when they vote for a great project. If people start to see as much positive energy for cycling as all the negative energy, they may decide that these bikes aren’t so bad after all.

Have you contributed to public discussion about cycling? What are your tips?

1 thought on “The Subtle Art of Supporting Cycleways”