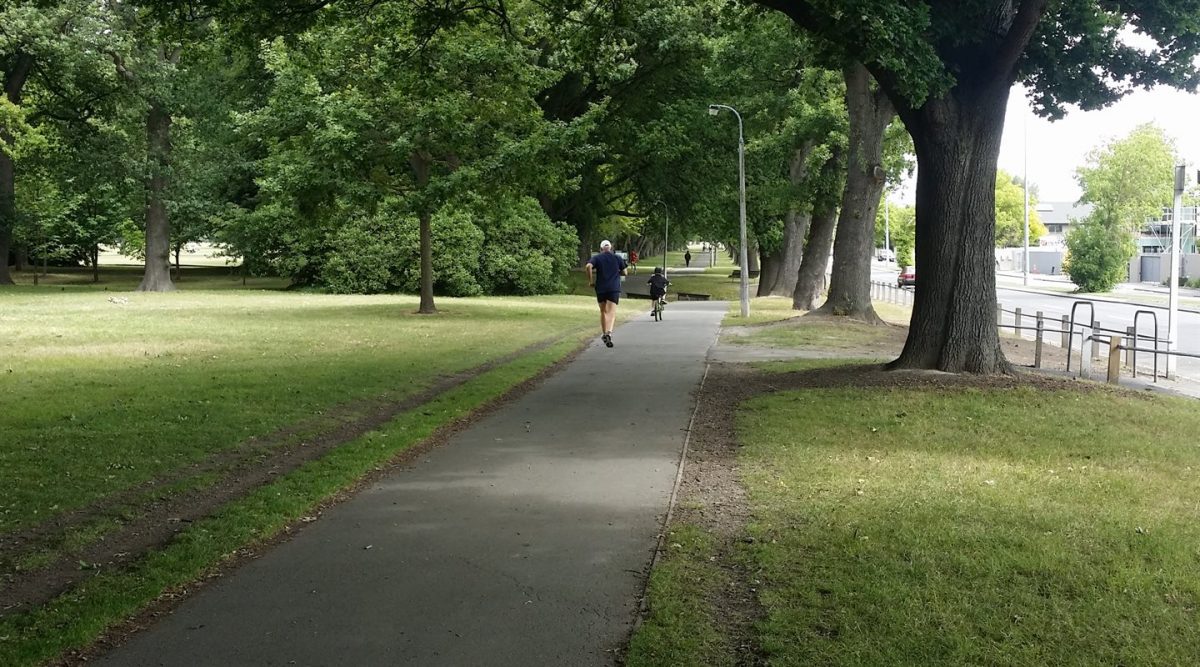 New York might have its Central Park, but our jewel in the crown is of course Hagley Park. It’s a recreational and sporting home for all manner of activities, be it golf, cricket, jogging, canoeing, or just feeding the ducks. And not surprisingly it’s also a great place to go for a cycle ride too.

Hagley Park has a large number of paths in and around it. Both North and South Hagley Parks have cycling routes ringing the periphery, and there are also numerous link routes cutting across the middle.

Not many of the paths are of great width at the moment, particularly for peak demand, but that is slowly changing. We already have a fantastic new 4m-wide pathway in South Hagley alongside Hagley Ave, and soon there will be a similar improved route connecting the Uni-Cycle with the Armagh St entrance.

Only one place is off limits for cycling: the Botanic Gardens (essentially all of the land bounded by Rolleston Ave and the Avon River loop). While slightly annoying, this restriction doesn’t tend to get in the way of too many desire lines; there are enough paths around the edges. If need be, you can always walk your bike through (too be honest, I don’t think most people would mind careful riding through either).

For kids, Hagley Park offers a huge array of pathways to try out, both sealed and unsealed, all safely away from traffic (just keep an eye on their proximity to any other path users!). There’s even a few gentle grass hills (e.g. near the Woodland Bridge by the hospital) if they want to practice riding on slopes too. And there are also various exercise activity stations around North Hagley Park, as well as the wonderful Botanic Gardens playground, if the biking all gets too much for the youngsters.

A number of city cycling routes congregate on the Park from all directions. The Uni-Cycle route out to Ilam now has a dedicated signalised crossing over to North Hagley Park. Meanwhile in South Hagley Park, a new crossing at Moorhouse Ave leads over to Grove Rd where the Little River Link will soon bring cycle traffic in from the southwest. There are also signalised crossings from Blenheim Rd into South Hagley Park from the west and from Rossall St through to Little Hagley Park in the north. Near Hospital Corner, new signals are then providing connections into the central city.

Hagley Park is also home to many big events, from concerts to cricket matches, food & wine, buskers, and so on. Not all of them are great at providing for cycling to the event, but it’s certainly an easy way to beat the traffic and parking hassles.

One thing that can be a bit disorienting for newcomers (or even old hands…) are the many different paths on offer and where they go to. There are some handy maps at many of the main entrances, but little guidance within the park at key junctions.

Mind you, perhaps that’s half the fun – exploring the park and seeing where the next path takes you? Unless you’re in a rush to get somewhere, sometimes it’s worth taking the “route less travelled” just to see where it gets you…

A little bit of care is needed in places however, where sight distances and bridge approaches provide a challenge if you’re not careful. Keep an eye on some of the driveway crossings into the park too, as generally they don’t give priority to the path.

But in general, Hagley Park’s offerings give you hours of easy riding fun – and it’s hard to argue with the scenery either…

As the summer months kick in, and restless kids (big and little) want something to do, Hagley Park is a great family-friendly option for getting everyone biking. And when it’s time to get back to work or school, chances are that many people will also find Hagley Park is an important part of their daily commute. 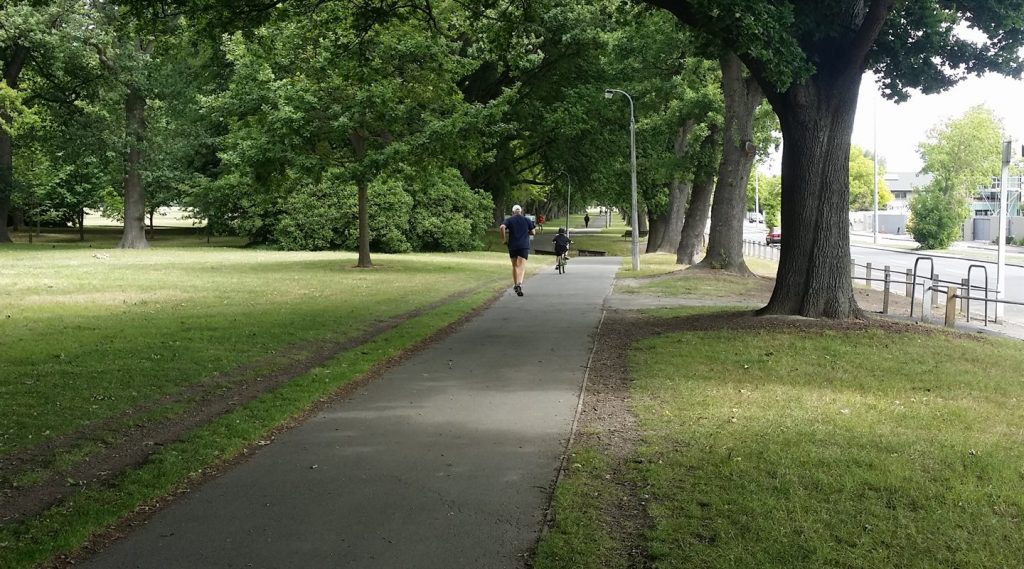 Do you cycle through Hagley Park? What do you think of it?